As the sun rose over the mountains in the distance, life in the sagebrush flats awakened. A pack of coyotes... 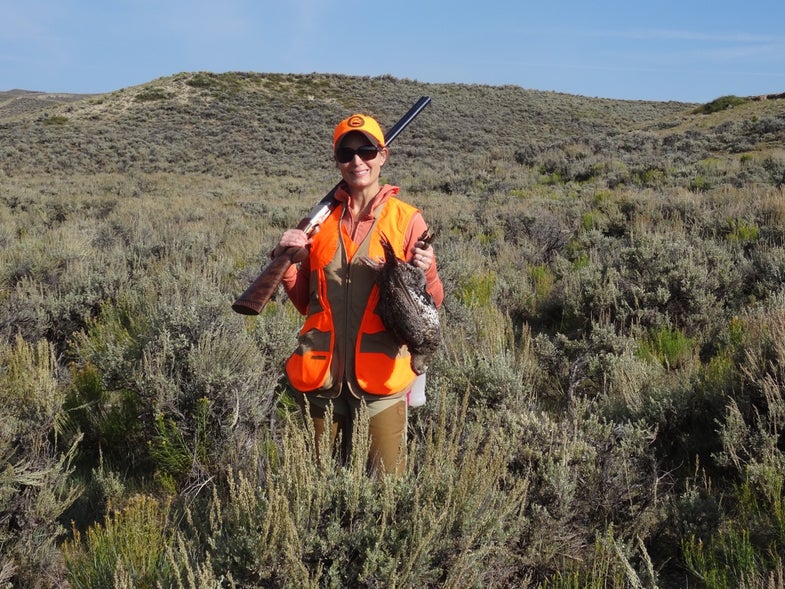 As the sun rose over the mountains in the distance, life in the sagebrush flats awakened. A pack of coyotes yipped and howled to our left as the songbirds sang loudly. We were hunting on Bureau of Land Management land in northwest Colorado to see if we could find sage grouse during the state’s one-week season.

We have hunted BLM land a lot, thankful to take advantage of the huge expanse of public lands fairly close to our Denver-area home. Over the past couple years, we’ve been pretty successful with sharptailed grouse on BLM land at higher elevation, but the sage grouse have managed to outwit us thus far. This year we decided to head to a different location at slightly lower elevation.

Even as we head out from the car it was apparent that this would be a good choice. This was beautiful sagebrush country, big flats anchored by sage covered ridgetops. It was also clearly well managed to benefit sage grouse—and the hundreds of other species that depend on sagebrush systems. The sagebrush and rabbitbrush were blooming and a good understory of native bunchgrasses was still holding on to a little bit of green.

After moving through the dense sagebrush at the tops of the ridges for almost an hour, we decided to change our tactics; perhaps the birds hadn’t moved up the hillsides to roost for the day yet. Moving just a little deeper into the public lands we found a beautiful spring with green grass and low willows running up a draw, flanked on both sides by healthy sagebrush. If the grouse were still down low for their morning feed, this would definitely be the place we’d find them.

Several hundred yards up the draw, our prediction came true. Ahead of us a group of about eight sage grouse burst from the meadow heading across the draw. Ever the marksman, my husband dropped the first bird with his first shot. I followed a small group with my Citori before firing at an adult hen. To my surprise (I’m not quite the wingshooter my husband is) she too dropped on the first shot, falling to the ground on the ridge across the spring.

Over the course of the next 30 minutes, at least 15 healthy birds flushed around us. Both my husband and I each filled our two-bird limit quickly and our 10-year-old daughter also had the opportunity to try a few shots—unfortunately unsuccessfully—on this, her first ever time carrying a gun on a hunt with us. Our Brittany was even able to get her mouth around a bird for a retrieve; these are big birds for a relatively small dog. There is no doubt this was a special hunt in a special place.

Some ten days later, I joined colleagues at the Rocky Mountain Arsenal National Wildlife Refuge to hear Interior Secretary Sally Jewell announce that the greater sage grouse would not be added to the endangered species list. The announcement confirmed our own experience hunting sage grouse on public lands. As the Secretary said, these are scrappy birds and they depend on healthy sagebrush systems – if you take care of the habitat, you’ll take care of the birds.

Across the West, private landowners, state fish and wildlife agencies, and federal land-management agencies have been working to conserve sage grouse habitat. More than 50 percent of the remaining sage grouse habitat is found on federal public lands, and the Bureau of Land Management manages the vast majority of that, about 60 million acres. There aren’t sage grouse on every acre of BLM land in the West anymore, but many of the remaining opportunities to hunt sage grouse are found on these precious landscapes that belong to all of us.

Ensuring the health of our western rangelands, on public and private lands, is proving to work as state fish and wildlife agencies reported an increase of sage grouse during 2015 lek counts. Collaborative efforts to remove encroaching conifers, implement sustainable grazing programs, and direct development efforts away from priority sage grouse habitats are all making a difference. We certainly saw the benefits on our BLM sage grouse hunt, but seeing friends posting pictures from their own sage grouse hunts in other states suggests these benefits are not just in Colorado.

So here’s your opportunity. Sage grouse are still being managed by state fish and wildlife agencies and are not listed as an endangered species, and eight of the eleven states with sage grouse populations typically have a hunting season in the early fall. Believe it or not, hunting sage grouse actually helps state agencies because they’re able to collect mortality data at wing collection bins. So next September, perhaps a visit out to your public lands to hunt sage grouse is worth your time.
I know exactly where we’ll be.