I hate to say it, but like many things outside the borders of my daily life and region, chronic wasting... 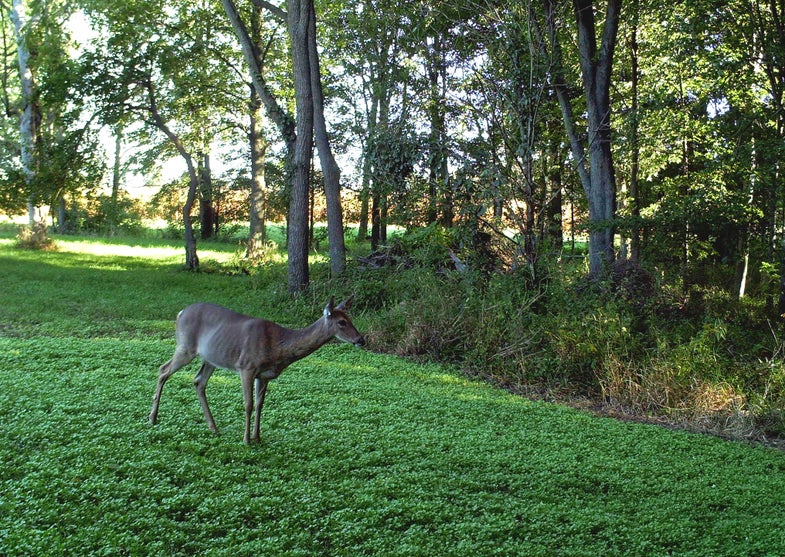 I hate to say it, but like many things outside the borders of my daily life and region, chronic wasting disease hasn’t been something I’ve spent too much time worrying about. A distant and ambiguous danger, it sounded bad, but seemed to be someone else’s problem—nothing I needed to lose sleep over.

Just a few weeks ago, CWD was for the first time identified in a wild deer in my home state of Michigan. About 60 miles from my main hunting property, in fact, a six-year-old doe tested positive for CWD, and my grand awakening began. And maybe I’m not the only one who needs a wake-up call.

CWD has now been found in 23 states across the country, with 20 of those states reporting CWD in their wild deer populations. And that number is sure to rise given that CWD is easily transmitted, nearly impossible to eliminate, and hard to detect. So why was it so easy for me, and many other hunters across the country, to overlook the dangers of this disease?

Most likely it’s because this disease is slow moving in its effects. Yes, it’s always fatal, but a deer might become infected and not show symptoms for years. Widespread infection rates in a population can take dozens of years to manifest. Here’s the scary thing though: widespread infection rates are where things are headed, whether we see it today or not.

Last week I spoke with Russ Mason, the chief wildlife officer for the Michigan DNR, about the current CWD situation in my home state. And he explained that per the data and models currently available, an established CWD outbreak here could result in herd reductions of up to 50 percent, long-term. This isn’t just hypothetical either, given that areas in Colorado and southeastern Wyoming, where CWD was first identified in 1967, are now seeing impacts on that scale. In addition to the potential of significant population reductions, Mason went on to say that CWD also impacts older animals at a greater rate, making quality deer management in infected areas someday “quite possibly a very quaint and unachievable idea.” But as in Colorado and Wyoming, these kinds of impacts likely wouldn’t occur for decades.

It’s this hard-to-see, slow-moving aspect of CWD that makes it especially tricky to deal with for managing agencies. Take for example in Wisconsin, where aggressive actions by the state to control CWD were protested by many hunters who weren’t seeing the short-term risks of CWD justifying the new herd reduction policies and increased regulations. Eventually, public opinion led to many of these measures being reversed, and now Wisconsin is left with a weakened set of tools to manage CWD, despite the fact that infection rates continue to climb, in some regions being as high as 40 percent in adult bucks. Controversial decisions have been made more recently as well, such as the ban of commercial deer urine attractants in Vermont. Whether or not hunters will comply is yet to be seen.

If this continues to happen across the country, and we lose sight of the long-term implications of CWD—and protest or refuse to comply with measures put in place to combat the disease—it may not necessarily be us who will see the consequences. But surely someone will.

As Mason explained to me, “This is the legacy we will leave our children and our children’s children.” And that, most certainly, is something to lose sleep over.