The First Ever Case of CWD Is Reported in Manitoba, and in More Wyoming Elk Units

New cases of CWD have been documented in Western Manitoba and in Wyoming, causing new regulations—and a ban on hunting 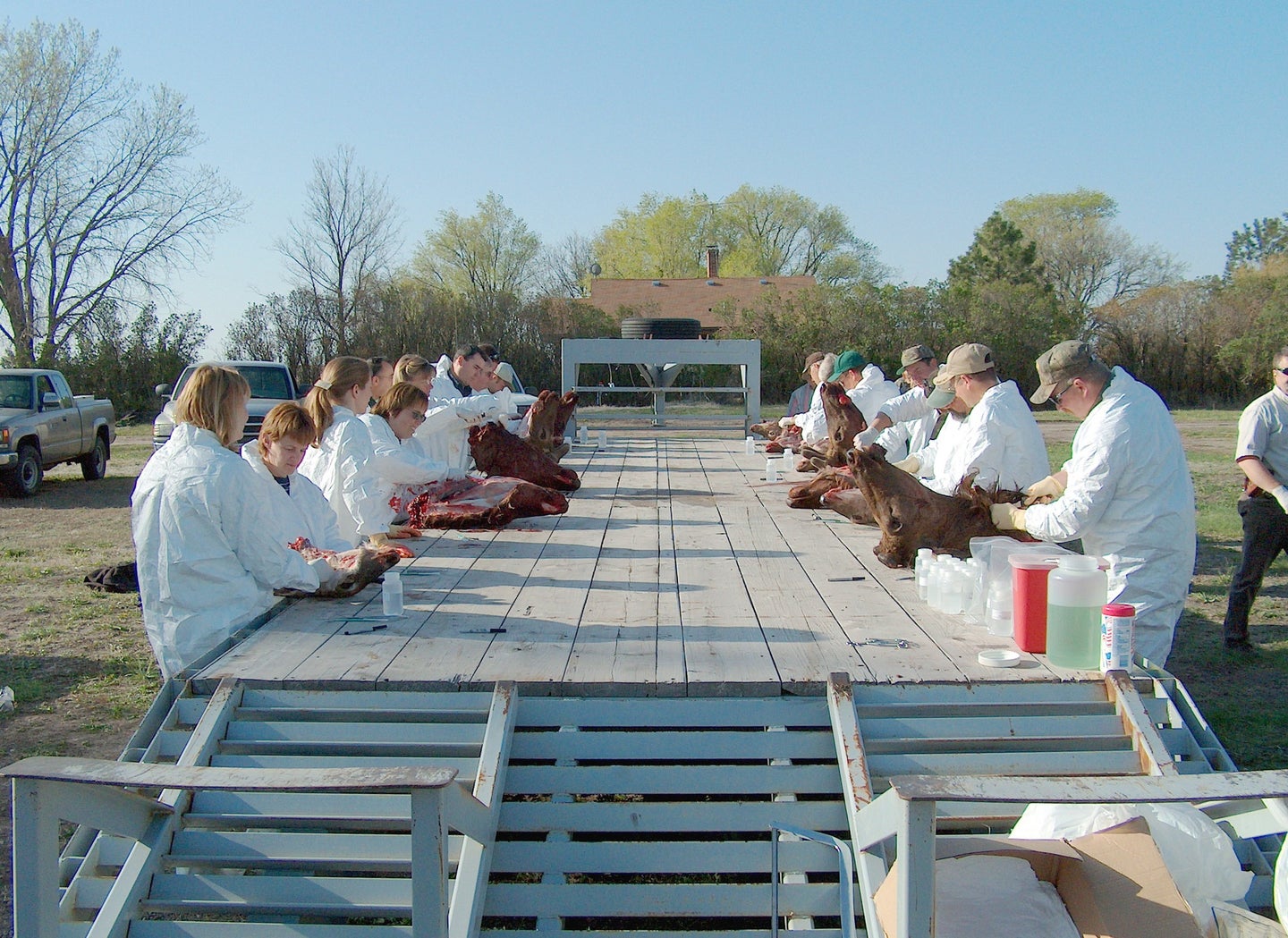 The first known case of CWD in Manitoba has been reported in the western part of the province, after a mule deer near the Saskatchewan border tested positive. Officials discovered and euthanized a visibly sick mule deer buck during the province’s wildlife health surveillance program, according to a government press release on Oct. 14. Subsequent testing revealed the buck was positive for chronic wasting disease, the always-fatal degenerative neurological disease that affects whitetails, mule deer, elk, and other cervids.

To prevent further spread of the disease through the transportation of hunter-harvested carcasses, officials are “immediately implementing a ban on hunting deer, moose, caribou and elk in the area.” This is an aggressive measure, and one that differs from how many U.S. state game agencies have handled CWD by implementing carcass travel restrictions and requiring CWD testing. Wildlife officials typically do not ban hunting in the States, and instead use hunters to help them monitor wild cervid populations and submit samples for testing.

Officials say there are no indications that the positive CWD case is linked to the province’s farmed elk populations, noting that “the elk farming industry has ongoing CWD surveillance and there have been no reported cases in farmed animals in Manitoba.” Provinces to the west of Manitoba, including Alberta and the adjacent Saskatchewan, have already documented cases of CWD. As CWD has been detected in more and more locations, Manitoba has implemented a “very rigorous reporting and testing requirements for CWD, including making it illegal to bring certain unprocessed meat into Manitoba.”

And in Wyoming, after three hunter-harvested bull elk tested positive for chronic wasting disease in routine checks this fall, the Wyoming Game and Fish Department has confirmed the discovery of CWD in three new elk hunting areas across the state. Maps of CWD distribution in Wyoming now cover most of the state, with the entire eastern half affected, and much of the western half as well.

Wyoming wildlife personnel tested 6,496 CWD samples in 2020, and have already tested more than 3,600 samples in 2021, according to the state’s press release. CWD was first discovered in southeastern Wyoming in free-ranging mule deer in 1985, and in elk in 1986.