Chronic Wasting Disease Has Now Been Confirmed in Alabama 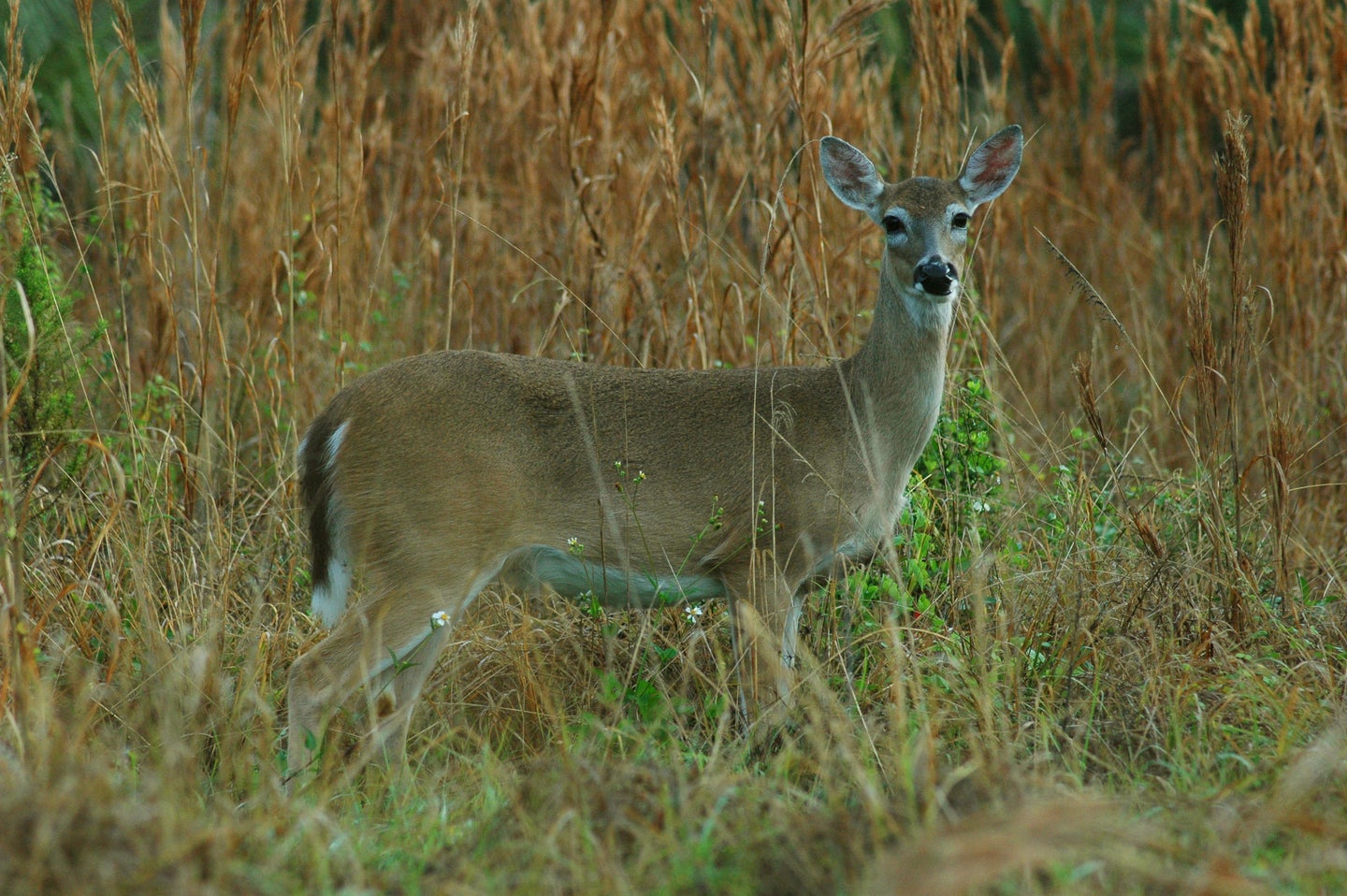 Alabama is the most recent southeastern state to confirm the presence of CWD in its wild deer herd. Tim Donovan / Florida Fish and Wildlife
SHARE

A whitetail deer harvested by a hunter in northwest Alabama was confirmed positive for Chronic Wasting Disease last week. This is the first confirmed case in the state, and the Alabama Department of Conservation and Natural Resources has implemented some emergency regulations in an effort to combat the spread of CWD.

Alabama’s Jan. 7 announcement is the most recent milestone in CWD’s spread throughout North America. According to the USGS, CWD has now been detected in 27 states and three Canadian provinces. Its spread has been a growing concern nationwide since the first case of CWD was confirmed in a wild deer in 1981.

The fatal disease has been on Alabama’s radar for a few years, primarily due to the state’s proximity to Mississippi and Tennessee, both of which have been dealing with their own CWD outbreaks since 2018. (As of last August, the disease was confirmed in eight counties in West Tennessee, along with seven counties in northern Mississippi.) Wildlife officials with the ADCNR have been cautiously expecting the disease to cross state lines, and that moment was finally realized last week when a laboratory in Iowa confirmed that a deer harvested in Lauderdale County earlier this season was positive for CWD.

A tissue sample from that CWD-positive deer was submitted voluntarily by the hunter as part of the state’s CWD Surveillance and Testing Program. And according to Chris Blankenship, the Commissioner of the ADCNR, this voluntary submission proves that hunters can (and will) be a vital tool in the ongoing fight against Chronic Wasting Disease.

“I would like to thank the hunters for their voluntary assistance in providing samples for CWD testing, and we need hunters now more than ever,” Blankenship said in a press release. “We take the presence of this disease very seriously, which is why we developed a plan of action using CWD best practices to deal with the disease if or when it was discovered in Alabama.”

The state’s plan of action establishes a few important zones in northwest Alabama, and it includes some proactive regulation changes that will affect deer hunters in the bi-county region. According to the plan, all of Lauderdale and Colbert counties are now designated as a CWD Management Zone. The western portion of Lauderdale County is designated as a High Risk Zone, while the remaining portions of these two counties are considered a Buffer Zone.

Starting immediately, the ADCNR has lifted all daily bag limits and antler restrictions for whitetail deer in the CWD Management Zone through the remainder of the 2021-2022 season. This translates to open season on whitetails in the northwest corner of Alabama, allowing hunters on private and public lands in Lauderdale and Colbert Counties to harvest as many deer as they can shoot through Feb. 10, 2022.

The state wildlife agency contends that these emergency regulations will create significantly more opportunities for CWD testing, which will help the state’s deer biologists better determine the extent of the disease in the area.

Chronic wasting disease is a fatal and highly contagious neurological disorder that affects deer, elk, and moose in the same way that mad cow disease affects cattle. Wildlife biologists and conservation groups say the disease is the number one threat to cervid populations in North America, and there are currently no treatments or vaccines for CWD.

This means that prevention and containment have been the only management strategies available to wildlife managers, and up until now, these responsibilities have fallen entirely on the states themselves. However, pressure has been mounting on the federal government to help combat the disease, and pending legislation would expand the federal government’s role in understanding and managing CWD.

The CWD Research and Management Act would authorize $70 million in federal funding on an annual basis through 2028, and these funds would be split evenly between research and management priorities. Conservationists celebrated the bill’s passage through the House of Representatives on Dec. 8, and the fate of the bill now rests in the hands of the U.S. Senate.