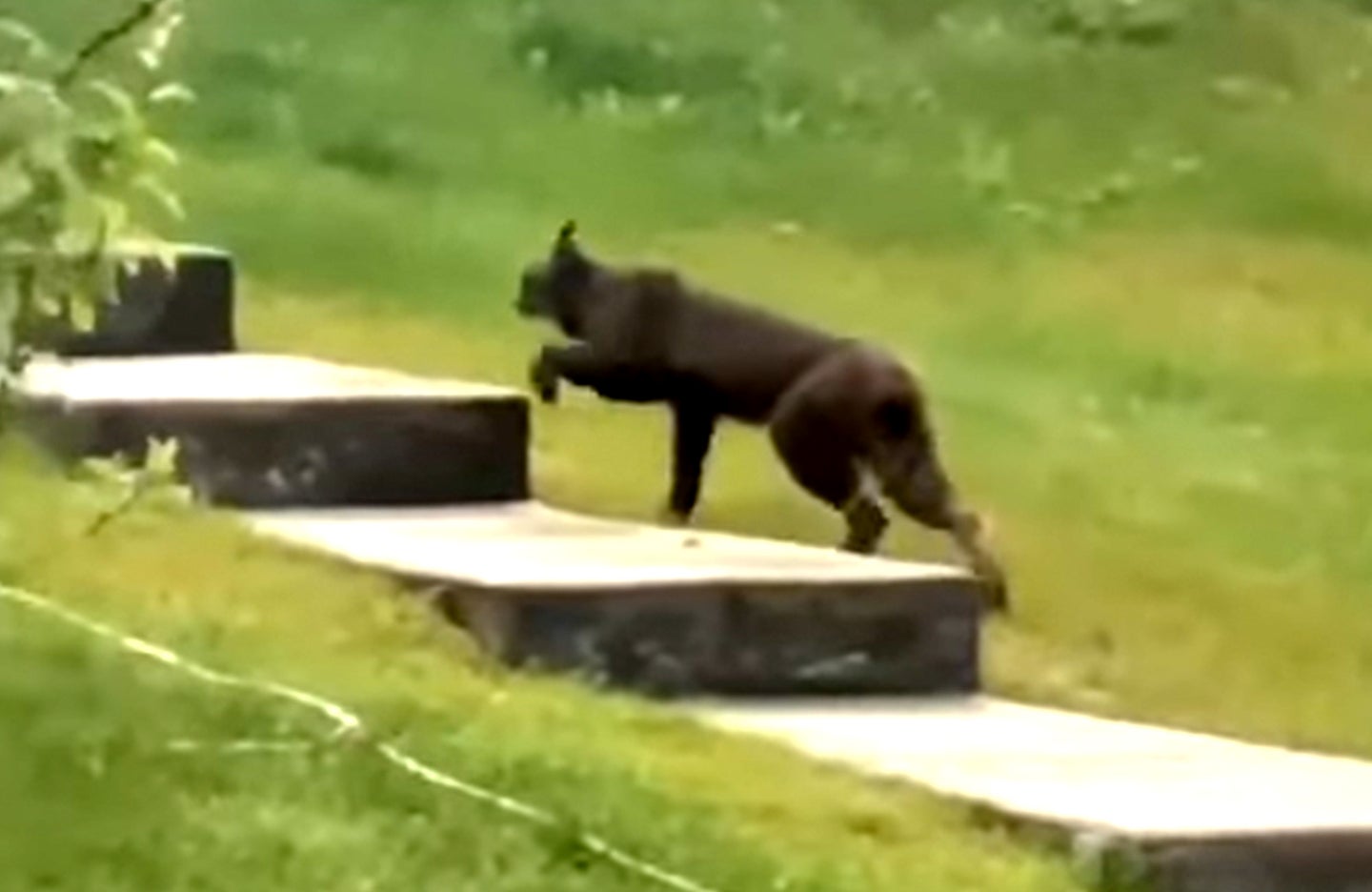 An all-black Canada lynx was spotted and caught on camera two summers ago. It’s the first ever documentation of a melanistic lynx, according to a new report published in the scientific journal Mammalia. That report was written by Thomas S. Jung, a wildlife biologist and researcher who captured the footage with his cellphone near the town of Whitehorse in Yukon, Canada.

Jung made the rare sighting while walking around in a residential area roughly five miles southeast of Whitehorse. He recorded the 30-second video in August 2020, but it wasn’t released on YouTube until this morning. Watching the clip, you can hear a dog barking loudly in the background as the wild cat sits calmly in someone’s yard. The lynx quickly tires of the barking and starts to walk away around the 16-second mark, eventually slinking off camera and out of the yard.

The video is low resolution, as Jung was approximately 160 feet away from the cat when he filmed it. Jung felt confident that it was a lynx, though, as the cat’s short tail and ear tufts are clearly visible, even in the grainy photos. He explains in the report that it couldn’t have been a bobcat because Whitehorse is situated more than 650 miles north of that species’ native range.

Although its relatively rare, melanism is a genetic mutation that affects all sorts of wildlife species, from mule deer to alligator gar. Plenty of melanistic wild cats have been documented in the wild, and at least 20 all-black bobcats have been recorded over the past hundred years, according to Jung’s report. But until recently, nobody in the scientific community had ever seen or heard of an all-black lynx.

Jung called the trait “maladaptive” in this instance, speculating that an all-black lynx might have a difficult time hunting and surviving in the wild. Just like their favorite prey, snowshoe hares, lynx typically change their coats with the seasons, transitioning from a reddish-brown coat in the summer to a silvery gray coat in the wintertime.

“Dark-coloured Canada lynx are likely far less camouflaged to snowshoe hare during winter when the ground is covered with deep snow,” Jung writes. “Hence, melanistic individuals would be at a distinct disadvantage when hunting hares during winter.”