There Could Be Nearly 1,700 Elk in Michigan, According to a Recent Aerial Survey 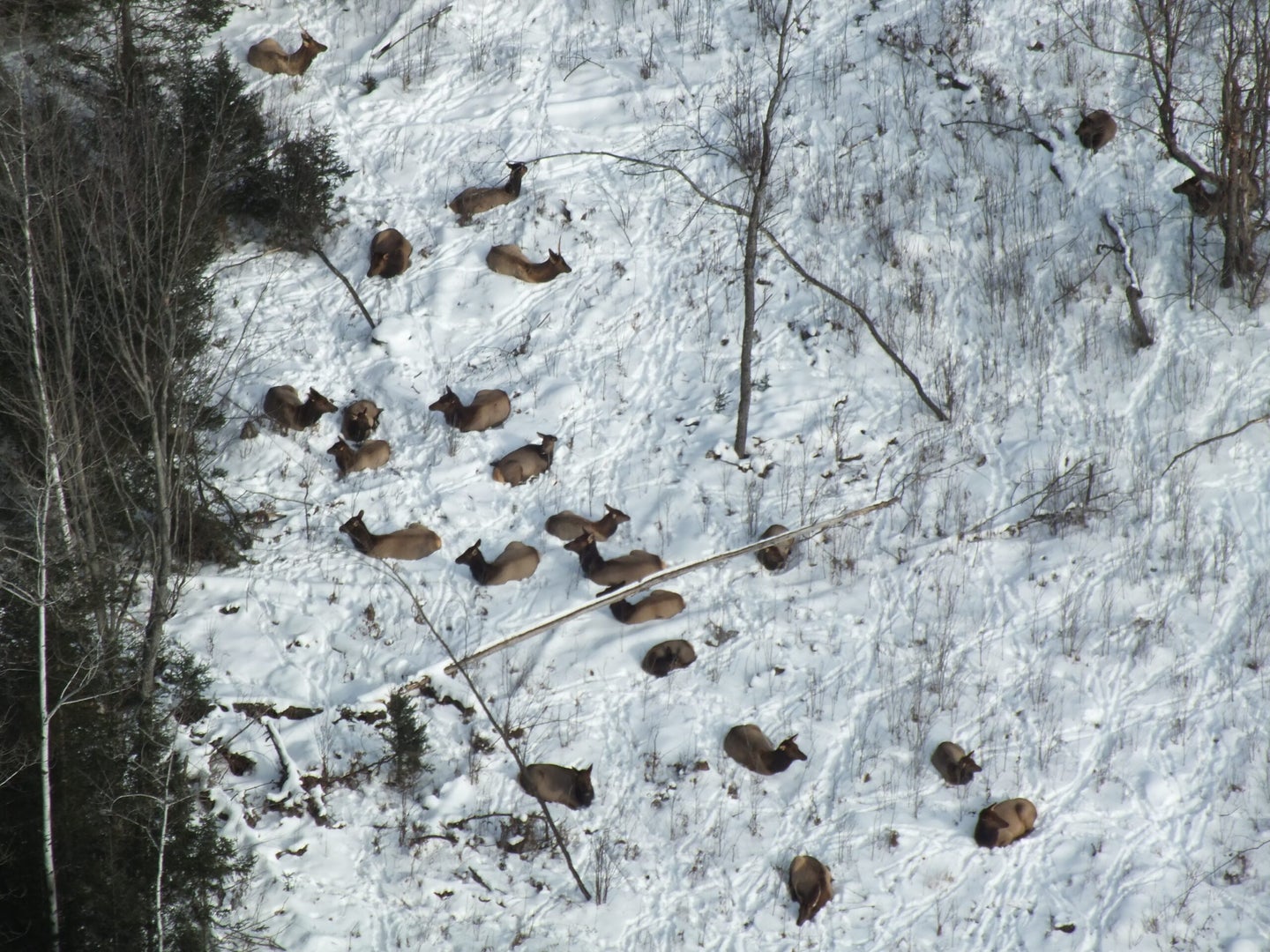 In January, the Michigan Department of Natural Resources conducted an aerial survey of the state’s elk herd. The results indicate that the herd is healthy and growing, with an estimated population between 870 and 1,684 animals. Just under 800 animals across 92 groups were observed during the eight-day survey, which flew over more than 1,000 square miles of sample land in the northern Lower Peninsula.

The DNR then used a population estimate model to account for the individuals that were not observed in-flight. The estimated population represents a 5 percent increase since 2019, which tells the DNR that “the elk population reflects the objectives and actions written in the Michigan Elk Management Plan.” That management plan was last updated in 2012, and it will be updated this year to include the progress of the past decade.

“The latest estimates suggest that the elk herd remains healthy,” DNR elk specialist Chad Stewart said in a recent press release. “We will continue to sustainably manage the herd and habitat across the elk range.”

With these survey results in hand, the Michigan Natural Resources Commission met in Lansing to discuss the future of elk management on March 10. The Commission recommended maintaining the current license quotas and season structure for the 2022-2024 elk regulation cycle. The DNR issued 260 tags last year, and a total of 73 elk were taken by hunters during the 2021 season.

Michigan’s modern era of elk hunting began in 1984, more than a century after the native herds disappeared from the landscape around 1875. The reintroduction effort began with seven elk that were brought from the West and released near the town of Wolverine in 1918.

By the early 1960s, there were roughly 1,500 elk in the state and a limited hunting season was finally possible again. But according to the DNR, a combination of habitat degradation and intensive poaching brought that population down to around 200 by the winter of 1975.

Thanks to a more robust elk management plan, which focused on reducing poaching and improving habitat, the herd was able to rebound once again. By 1984, Michigan was home to approximately 850 elk, which was enough for the state to hold its first modern elk hunting season. That same year, 45,098 hunters applied for a total of 50 tags.