8 Ways Whitetails Communicate with Their Tails, and What Each Means for Hunters

To correctly predict a whitetail's next move, you need to understand its tail language 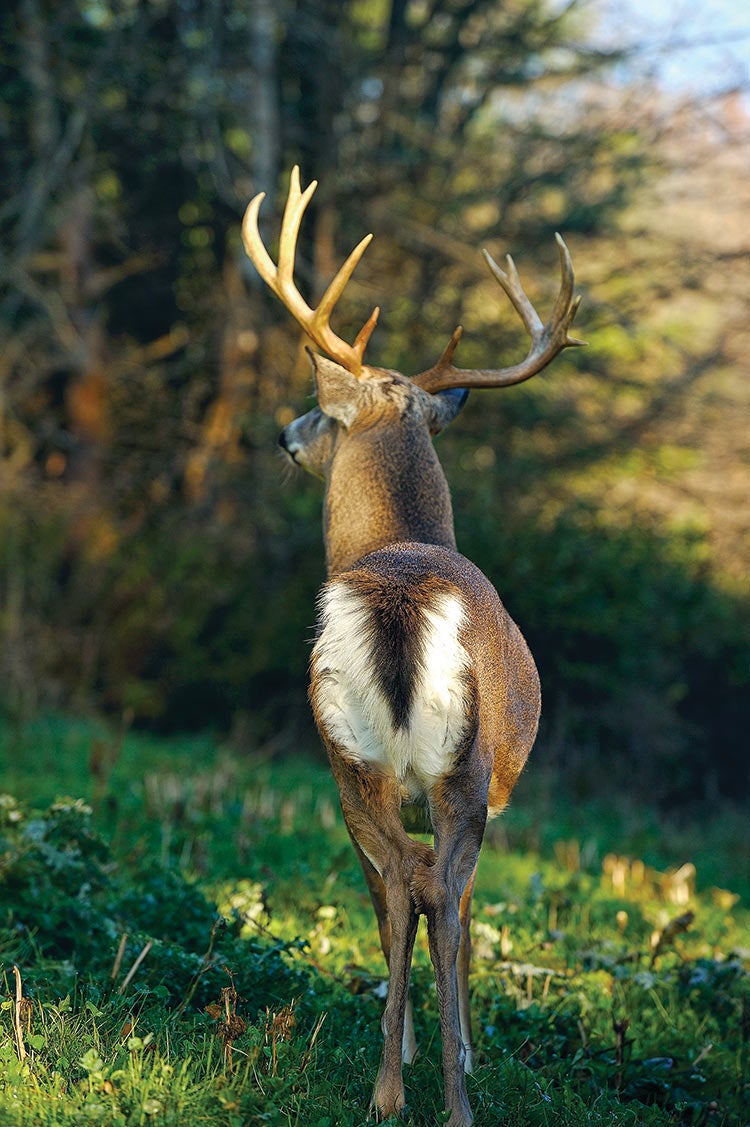 Once a whitetail flares its tail, it's time to make your next move. Charles Alsheimer
SHARE

When a whitetail comes into view, it’s tempting to enjoy the overall show. While body posture, head position, and general gait are all important barometers of a deer’s mood, the animal’s tail can provide the most useful information in predicting how that deer is feeling, whether or not it suspects you are in the area, and what it may do next. Look for these eight specific tail behaviors and know what each means.

Casual, gentle, and occasional side-to-side tail-wagging or swishing is a good sign. These relaxed movements indicate a deer at ease. Some deer wag more than others, and whitetails will swish more at different times of year—for example, in summer and into early bow season, when pesky bugs hover. If a whitetail is tail-wagging and swishing casually, relax: You have time to make decisions and prepare for a potential shot.

Like wags or swishes, occasional sharp twitches of the tail are no cause for alarm for you, the hunter. These twitches (much like a cow or horse does with its tail) are common in all ungulates when they are relaxed and unconcerned.

A feeding deer will stop often and lift its head up—often quite abruptly—to look around for danger. Watch the rhythm. A whitetail’s tail will flick up before the animal puts its head back down. If you’re conducting a stalk, or if you are on stand waiting for the opportunity to get your bow or firearm up, a tail flick may indicate an opportunity for you to move or get a little more prepared for a shot. But be ready to freeze when that head pops back up.

The first sign that a deer is troubled comes when that long tail goes to half-mast—straight out behind—and stays rigid for a few seconds before dropping and then flicking right back up. The half-mast tail is often accompanied by a stiff-legged gait and perhaps some hoof stomping. The situation may or may not be beyond the point of no return. If you act quickly and smoothly, you may have enough wiggle room to shoot.

Similar to the half-mast tail, a flared tail might mean trouble for the hunter. The deer that spreads the hairs on its tail is on alert but not quite ready to bolt. This deer knows you are around. The clock is ticking on any shot opportunity.

Jerky, fast, abrupt tail flicks in sequence, often accompanied by a stiff-legged march, all signal that a whitetail knows something is wrong and it is getting ready to make an escape. With bow in hand, your shot opportunity may be gone now. With a firearm, you might still have a chance if you can get it up smoothly and aim quickly.

Why Do Bucks Lose Their Antlers? The Science Behind Sheds

Flagging 10 to 12 inches of broad, snow-white tail serves a dual purpose. First, it warns other deer that danger is not just near but here; does, with their matriarchal duties, flag more than bucks. Second, flagging tells predators that further pursuit is useless; this can save the deer valuable energy resources. Whitetails flag more in open areas, such as clear-cuts, fields, and food plots, than they do in woods or brush.

Not all deer flag. Some whitetails, especially bucks, will tuck their tails when they’re getting ready to flee. Bucks just don’t have the biological imperative to warn each other, or members of the herd, of danger. Perhaps it is survival of the fittest for the males—you snooze, you lose. This is also why bucks generally have shorter tails than does, and less white on the rump. Get your gun up.