Angry Moose Compilation Video Shows Just How Dangerous They Can Be

This video compiles some of the craziest moose encounters out there 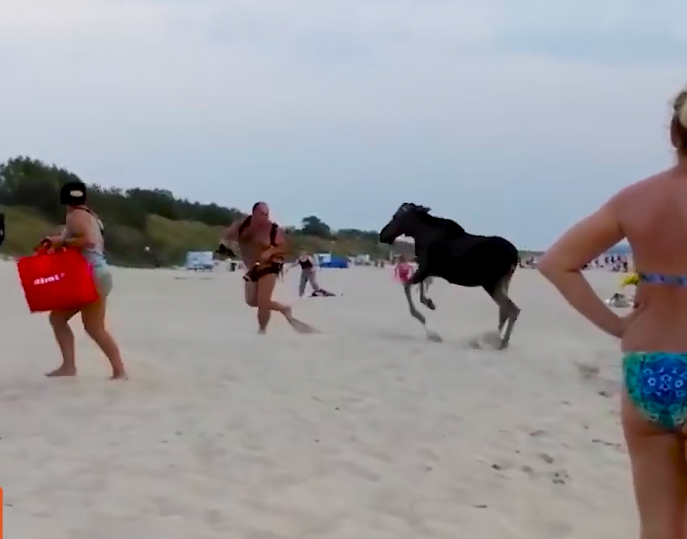 Chances are, you’ve heard about how aggressive moose can be at times. You might have even seen some of our stories on moose attacks over the years. Although moose generally pose very little threat to people, they can be one of the most dangerous animals in the North Woods if you happen to cross their path at the wrong moment. The video embedded here is good proof of that.

Circumstance is what can make moose dangerous, and there are two primary causes for aggressive behavior. First, cow moose will protect their calves with utter savageness. If they feel you are a threat to their young, they’ll come after you. Second, in the winter moose can become aggressive in deep snow, or if they feel like they’re being chased. Bull and cow moose can both be very aggressive in late winter. In fact, the winter of 2021-2022 brought high levels of snow here in Fairbanks, Alaska, and a big icing event in late December made conditions tough for moose. According to the Alaska Dept. of Fish and Game, multiple people were attacked, stomped, and kicked by moose in the Fairbanks area last winter. Most of the victims never saw it coming.

Dogs often draw the ire of agitated moose, too. A moose’s only four-legged predator in many areas is the wolf, and they don’t care for any canines. As you can see in this compilation, stressed moose will often attack dogs that they feel threatened by. Last year we covered an attack on a whole team of sled dogs in interior Alaska.

You don’t need to fear moose, but you should respect them and be aware of potential stressors that can cause them to attack. If you live in moose country, keep an eye out, and never feed moose. If you ever have a moose lay its ears back and look at you like the moose in clip number 15 of the compilation, get ready to run!