Yellowfin Cutthroat Trout Went Extinct in Colorado 120 Years Ago. But Now Researchers are Hoping to Rediscover Them

Biologists are on the hunt to learn if a unique subspecies of cutthroat trout, thought to be extinct, still exists. It wouldn't be the first "rediscovery" made in recent years 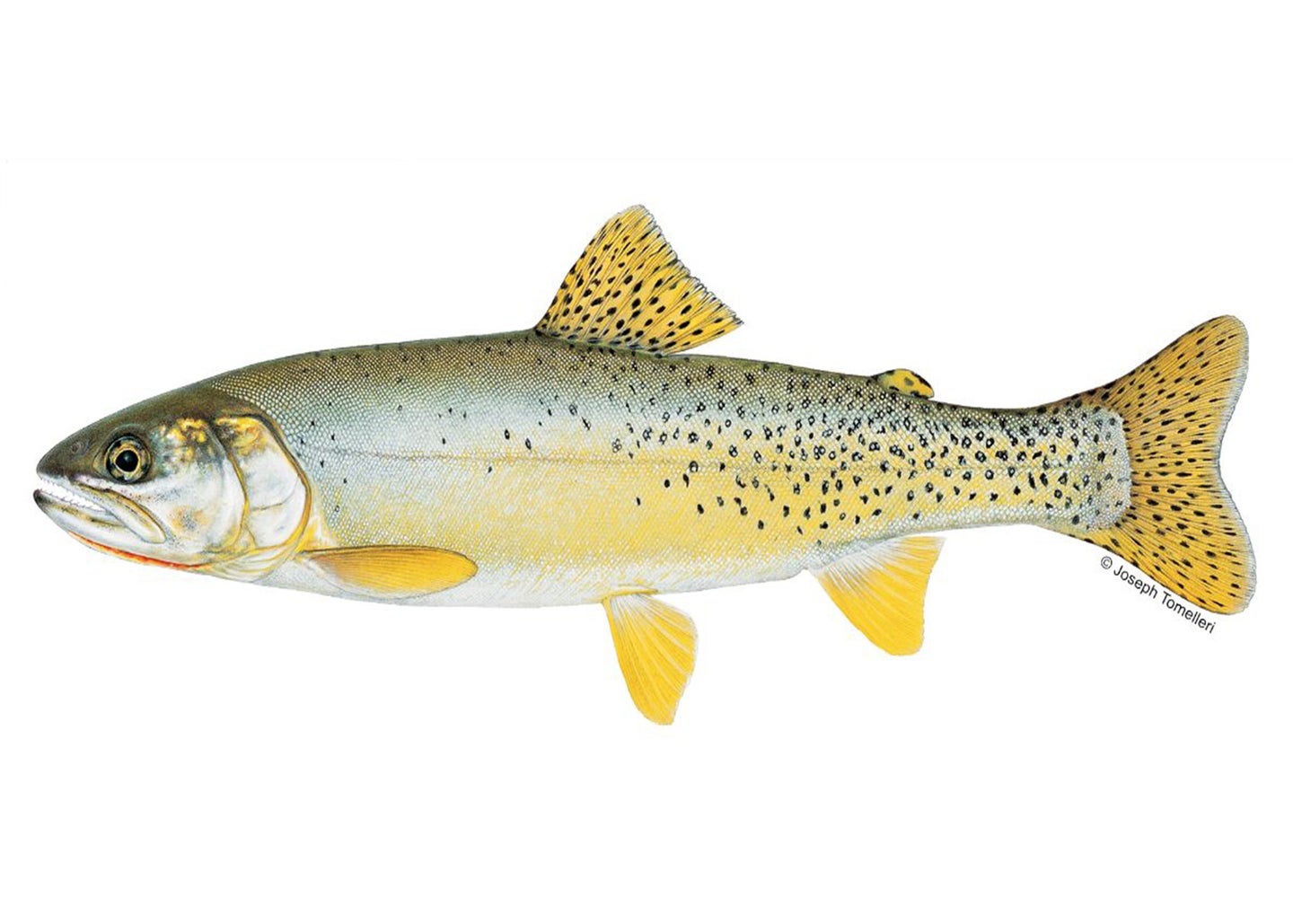 Searching for a fish that’s been deemed extinct for over 120 years might not seem worthwhile. But fisheries biologists with the Colorado Parks and Wildlife Department say other trout species that were thought to be extinct have been rediscovered in Colorado waters in recent years.

So, why not look for the fabled Yellowfin cutthroat trout?

The Yellowfin is a giant among cutthroats. Biologists who first discovered the species noted that the lake-dwelling fish could grow to 12 pounds. In 1889, a team of ichthyologists collected seven Yellowfins during a survey conducted near Twin Lakes, east of Aspen, and five of those fish are still preserved at the Smithsonian Museum of Natural History in Washington D.C.

Fisheries biologists aren’t entirely sure when the species disappeared from Colorado’s lakes, but the last confirmed sighting of a Yellowfin cutthroat was in 1902, according to CPW. They point to the introduction of nonnative trout species throughout the 19th and 20th centuries as the primary reason why Yellowfins could have petered out. Browns, rainbows, and brook trout are generally more aggressive than Colorado’s native cutthroat species, and many of these newly arrived species outcompeted cutthroats for resources and targeted them as prey. In addition to outcompeting (and eating) the native cutthroats, interbreeding between the species would have diluted these pure strains. Or at least that’s what most biologists have assumed over the years.

For decades, the Greenback cutthroat trout, Colorado’s state fish, was thought to be extinct in the state. That assumption changed in 2012, however, when a small population of Greenbacks was discovered in a section of Bear Creek that flows through Colorado Springs.

CPW biologists rewrote history again in 2018, when they came across another unique subspecies of cutthroat that was previously thought to be extinct. This time they rediscovered the San Juan cutthroat trout, and DNA testing confirmed that there were eight small populations of this subspecies in isolated habitats throughout the San Juan River Basin.

“Careful work over the years by biologists, finding those old specimens in the museum and the genetic testing gave us the chance, essentially, to go back in time. Now we have the opportunity to conserve this native trout in southwest Colorado,” CPW biologist Jim White told the Colorado Chapter of Trout Unlimited in September 2018.

Due to the rediscoveries of both unique cutthroat species over the last 10 years, CPW biologists are reconsidering their previous assumptions. They now think it would be wrong to assume that Yellowfin cutthroat have gone the way of the passenger pigeon without first leaving every stone unturned.

“We know the history of the Yellowfin [cutthroat], and that it hasn’t been seen since before 1902,” said CPW’s Paul Foutz, who is one of the biologists on the hunt for the species. “But millions of trout, native and nonnative, have been back and forth across Colorado since before statehood. And if the history of the greenback and San Juan River cutthroat teach us anything, it’s that we should never stop looking.”

Starting this month, a team of senior fisheries biologists will begin searching for Yellowfin cutthroats. Their search will begin in the Twin Lakes area and will include hundreds of other lakes throughout the state. A CPW survey conducted two years ago showed 236 water bodies in the upper Arkansas River basin that had no records of stockings or surveys. Scientists now believe that any of these could theoretically harbor an isolated population of Yellowfins.

According to CPW, the search will continue “until all potential waters identified have been surveyed and documented and the genetics from all fin clips have been analyzed.”

Biologists will use nets and electro-shocking equipment, along with rods and reels to collect fish in their search.

“This is a very exciting opportunity to explore these uncharted waters in search of the yellowfin,” said Greg Policky, a retired biologist and the leader of CPW’s Yellowfin search squad. “I dedicated my career to learning everything possible about these fish and I’m honored to be part of the team conducting this search.”