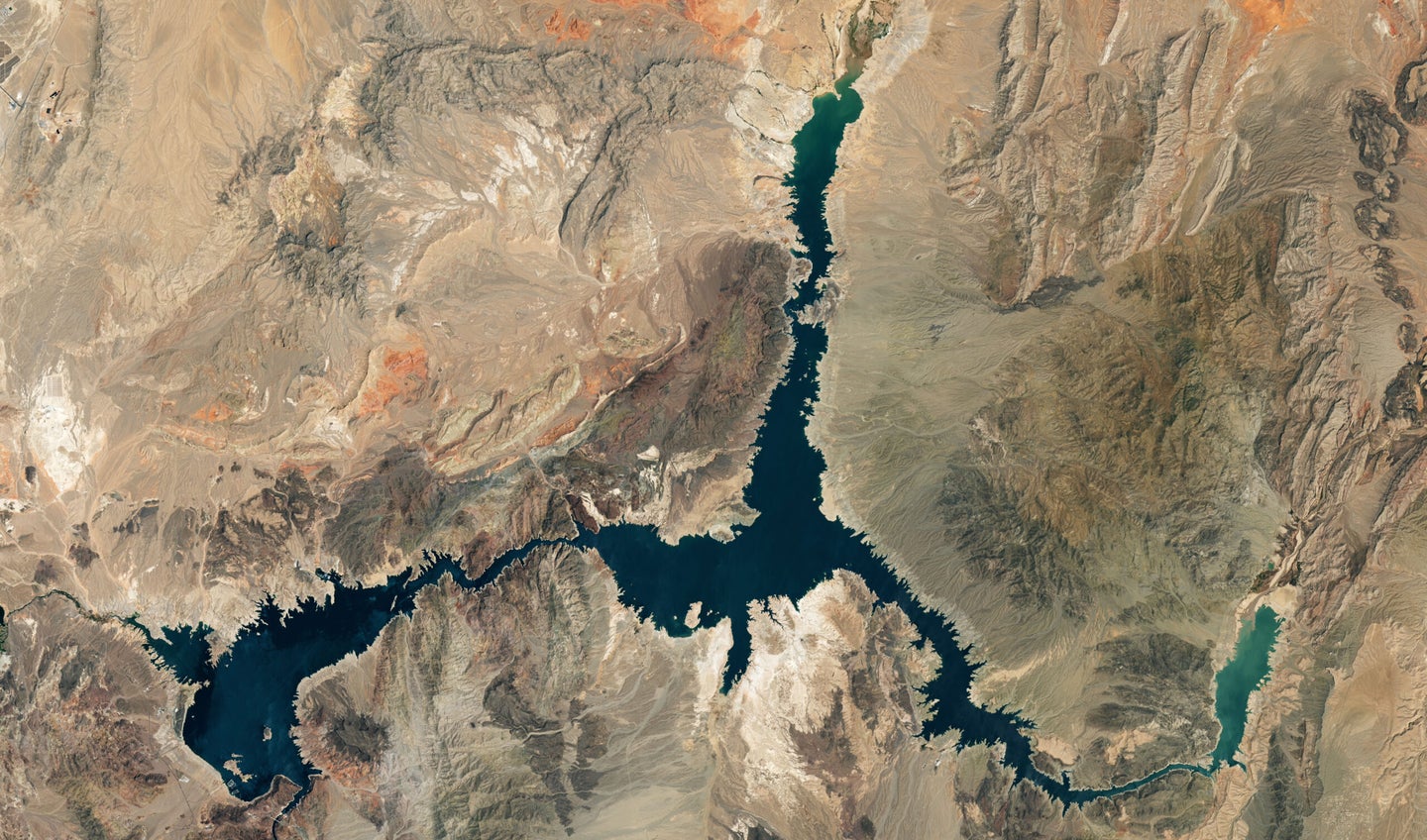 The water levels at Lake Mead are the lowest since 1937. NASA
SHARE

The WON BASS U.S. Open fishing tournament was forced to move this year’s competition from Lake Mead to Lake Mohave because of drought and low water levels. The change comes after 39 years of tournaments at Lake Mead.

“It was a tough call and one that I’d hoped to never have to make, but at this point, it was the only call to be made,” WON BASS tournament director Billy Egan said in a press release. “It’s just a really tough situation at Lake Mead right now as most people are aware, and the conditions simply won’t be feasible in October to successfully put on such an important event of this size and scope.”

Boat launch conditions at Mead are currently rated as “poor” and with all predictions forecasting even worse conditions in the future, according to the release.

Lake Mead is at historically low levels after a 22-year-long decline. Right now the reservoir its lowest point since 1937. The dramatic loss of water at the nation’s largest reservoir has caused numerous ecological issues and is a major concern to environmentalists and wildlife managers. Recently NASA revealed satellite images that show just how dramatic the water loss is.

Lake Mead is formed by the Hoover Dam on the Colorado River and sits on the Arizona/Nevada line. It is the largest reservoir in the U.S. in terms of water capacity, providing water to seven states, tribal lands, and northern Mexico. Seventy-four percent of a nine-Western-state region faces some level of drought and 35 percent of the area around Lake Mead has seen extreme or exceptional drought, according to the U.S. Drought Monitor.

The images from NASA show the levels of the lake in the year 2000, then again in 2021, and finally in 2022. You can clearly see the loss of water from the reservoir and areas that were once under water are now dry. Other lakes along the Colorado River are down, too. Lake Powell for example is down to just 27 percent capacity and the Colorado River system as a whole is down to just 35 percent capacity.

This year, at Lake Mohave, the bass tournament base will be Katherine Landing, which is on the Arizona side of the lake. The site has all of the amenities and facilities needed to successfully run the tournament, according to WON BASS. Hopefully they’ll have plenty of fishable water, too.