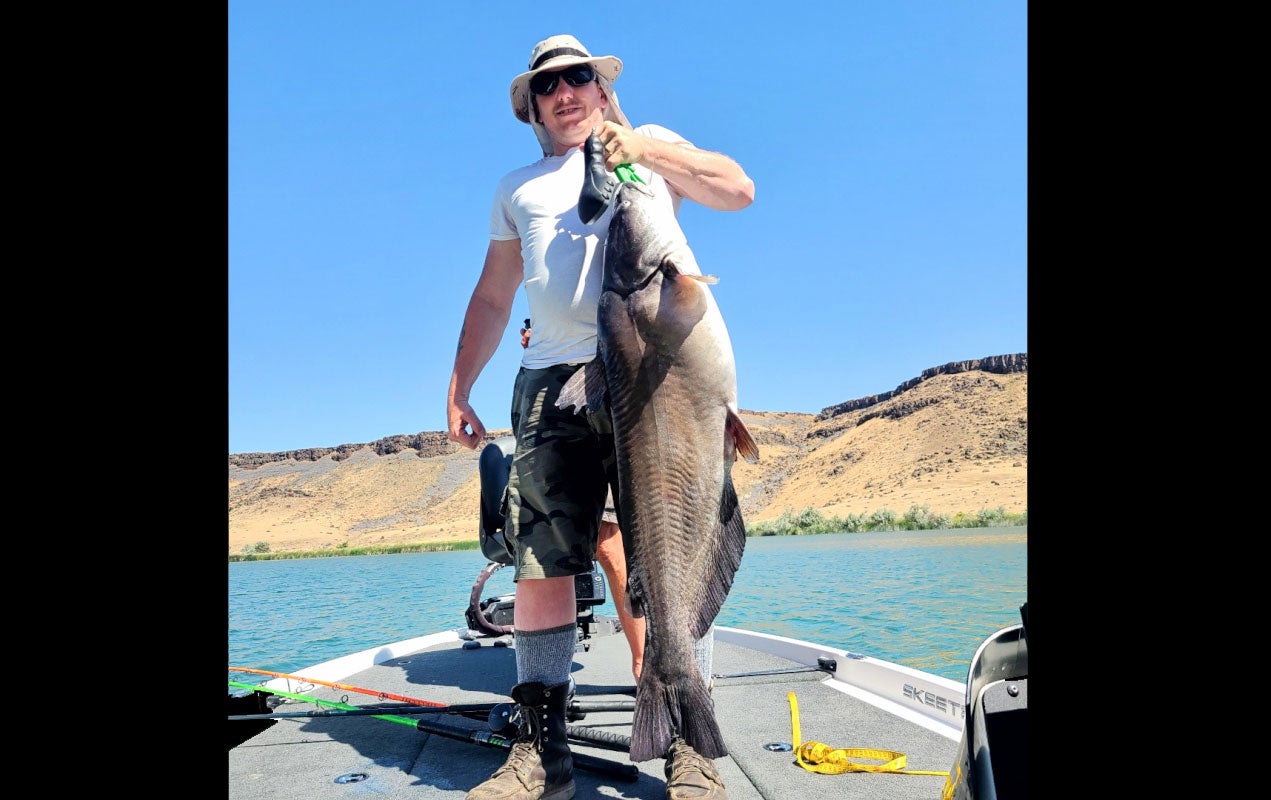 Angler Paul Newman of Fruitland, Idaho, was looking to catch sturgeon when he set out on C.J. Strike Reservoir last Wednesday. Instead he caught a new catch-and-release state-record channel catfish.

Before releasing the channel cat, Newman weighed the fish on a hand-held digital scale, which registered 37 pounds. That means Newman’s fish would have most likely beaten Idaho’s current certified weight record for channel catfish—a 32.9-pound, 36.5-inch fish that was caught by angler Cody Kastner on June 16. As Koenig pointed out, that record fish also came out of C.J. Strike Reservoir.

However, to earn the overall state record title, Newman would have had to weigh his catfish on certified scales, which would have meant killing it. It’s possible that he could have kept the fish alive to reach a location with certified scales, and then released it, but this is always a risky proposition.

C.J. Strike Reservoir is a bit off the beaten track in southwestern Idaho. The 7,500-acre impoundment on the Snake River south of Boise is full of fish but not near many large towns.

Channel catfish are not native to Idaho, but they’ve thrived in the state after stocking efforts.

Idaho’s fisheries staff reports that this has been a banner summer for big catfish in the state. In addition to Newman’s and Kastner’s two record-breaking channel cats, angler Jared Holt of Homedale set a catch-and-release Idaho record for flathead catfish on July 9, 2022 while fishing the Snake River. That fish measured 43 inches in length.