Newman's catch-and-release record still stands, and will go down in the books as the state's first-ever record for blue catfish 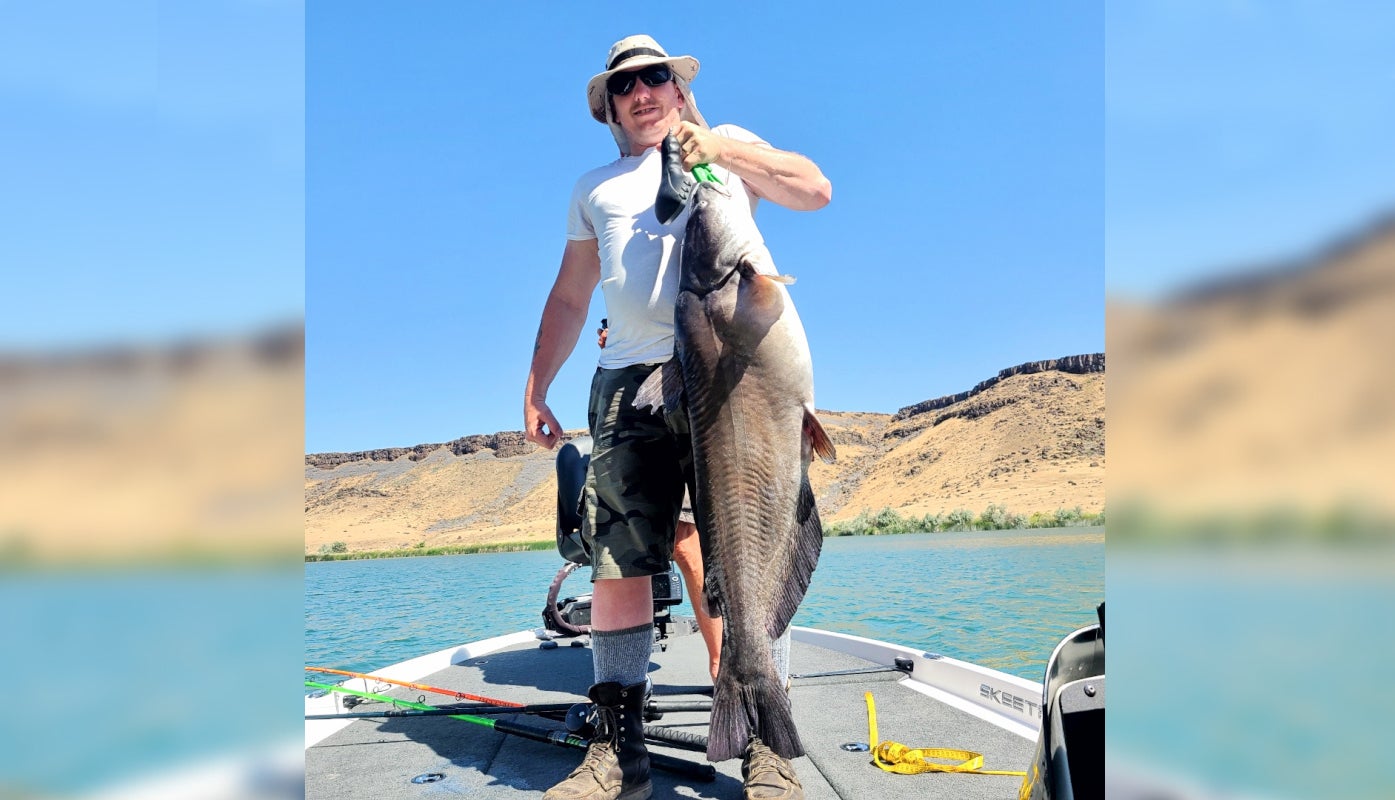 A case of mistaken identity has Idaho Fish and Game correcting its record books. The agency announced Tuesday that the record channel catfish caught from C.J Strike Reservoir in late July was actually a blue catfish.

Outdoor Life reported on Idaho angler Paul Newman’s catch on July 26. This was one day after Newman’s supposed “channel cat” was certified as a state catch-and-release record. IDFG has since confirmed that both the angler and multiple biologists had misidentified the 42.5-inch blue catfish as a channel catfish.

Newman’s catch-and-release record still stands, however, and it is now the state’s first-ever record for blue catfish. This also means that the previous Idaho catch-and-release channel catfish record, which belongs to Reed Monson, will stand.

“It was a simple case of mistaken identity that stumped both the angler and biologists,” Idaho’s natural resources program coordinator Martin Koenig explained in a press release. “The two species can be difficult to tell apart, especially when their coloration and features can be similar. Identifying species by looking at a photograph can be especially challenging—even for biologists—because subtle details often differentiate between two fish species. Considering the fish was released, it could not be closely examined.”

Koenig added that another reason behind the misidentification is that blue catfish are so rare in Idaho. While the state regularly stocks channel catfish in C.J. Strike and other reservoirs across the state, IDFG has not stocked a blue catfish in decades—with the last known stocking taking place in 1985.

Moreover, IDFG biologists have never actually encountered a blue catfish during fish surveys at C.J. Strike Reservoir. So when they saw photographs of Newman’s catfish, which looks an awful lot like a massive channel catfish, they considered it unlikely that the fish was anything other than a channel cat.

As for the origin of the blue catfish, Koenig called it a mystery. He said the state typically gets its stocker catfish from farms in the southeastern U.S., and it’s possible that a blue cat got mixed in with a batch of channel cats headed for Idaho.

“It’s also possible that one of Idaho’s commercial catfish producers near the Snake River had a blue catfish mixed in with their channel catfish,” Koenig added. “Occasionally those fish escape and make their way into public waters…so it’s a remote possibility that some blue catfish are out there, but they would still be very rare.”

As Newman proved in late July, however, there are definitely blue cats swimming in Idaho waters. And some big ones, too.

How to Tell Channel Cats from Blue Cats

Blue catfish are more common in the South and Southeastern U.S., while channel cats are typically found in the central and Eastern parts of the country. The biggest physical difference between blue catfish and channel catfish is that blues grow much larger than channels. In terms of both weight and length, the biggest blue cats can reach two to three times the size of the biggest channel cats. According to the International Game Fish Association, the all-tackle world records for blues and channels is 143 pounds and 58 pounds, respectively.

The two species can look remarkably similar though, which is why it can be hard (as it was in the case of Newman’s fish) to distinguish a massive channel cat from a large blue cat. They both come in varying shades of gray and have similar physical features, such as barbels (aka whiskers), white bellies, and forked tails. And a channel cat in spawning colors takes on a blue coloration that makes it even harder to identify the species correctly.