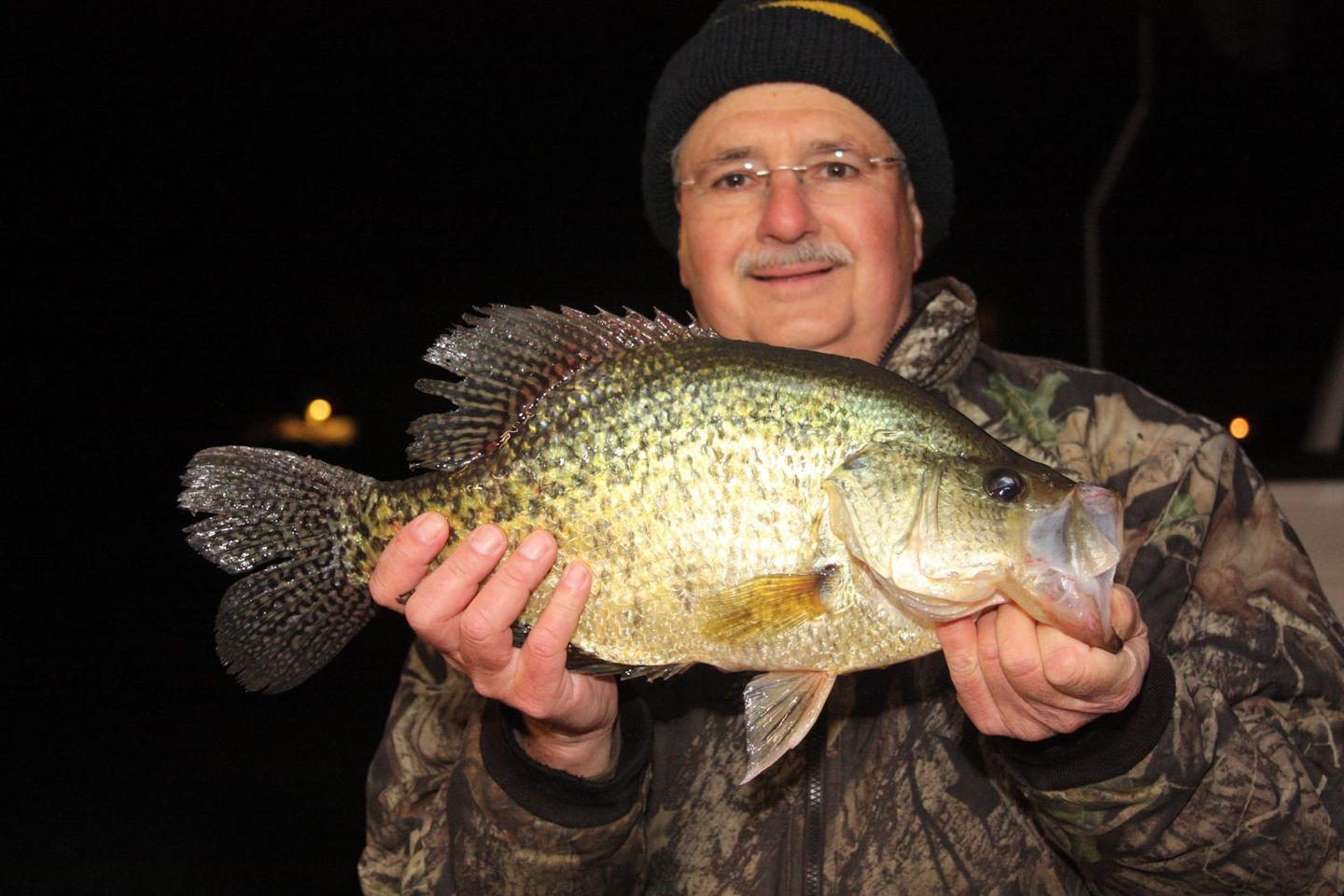 After getting his COVID-19 vaccination and returning home, Dan Wielobob almost decided to stick around the house instead of going ice fishing for a few hours like he normally does. As any angler knows, though, you can’t catch anything if you don’t go.

Wielobob’s decision to hit the ice resulted in a near-record crappie, the biggest he’s ever seen.

Wielobob lives in northwest Pennsylvania on Lake Conneaut, the largest natural lake in the state. He and his wife drove to a clinic in Ohio that morning to get their virus vaccinations. Conneaut is iced, but he decided to drive over to nearby Lake Wilheim. After arriving about 4 p.m. he cut a hole and began working a maggot-tipped tungsten jig near the bottom.

Wielobob is no rookie on the ice or open water. In 60 years of angling he’s caught plenty of crappies, walleyes, and other species. The late-afternoon outing started off well with consistent bites from 9 to 10-inch crappies. Then, a 15-incher hit and came to hand. Not a bad trip, he thought.

And then one hit that tugged on his two-pound line like a walleye. Wielobob carefully reeled until the fish stuck its head into the hole in the ice. It was not a walleye or bass. Fortunately, it didn’t have teeth because Wielobob quickly lipped the big crappie and sat there stunned at its size.

“The opened mouth was huge,” he told Darl Black of the Erie Times-News. “I thought ‘largemouth bass’ so I lipped it — not something I would have done if it were a walleye.”

When Wielobob left with his catch of 20 crappies, he stopped to show a friend the big one. The suggestion to get it weighed on certified scales was smart, with John O’Grady of Al’s Melons at Conneaut Lake recording it at 4.02 pounds.

Read Next: Crappies by Degrees

Pennsylvania’s record is 4 pounds, 3 ounces, a 21-year-old mark held by Richard Pino. He caught it on Hammond Lake in Tioga County.

Wielobob is in good company at Lake Conneaut for big fish, too. The Pennsylvania mark for muskellunge is 54 pounds, 3 ounces, held by Lewis Walker Jr. He caught the fish in 1924.