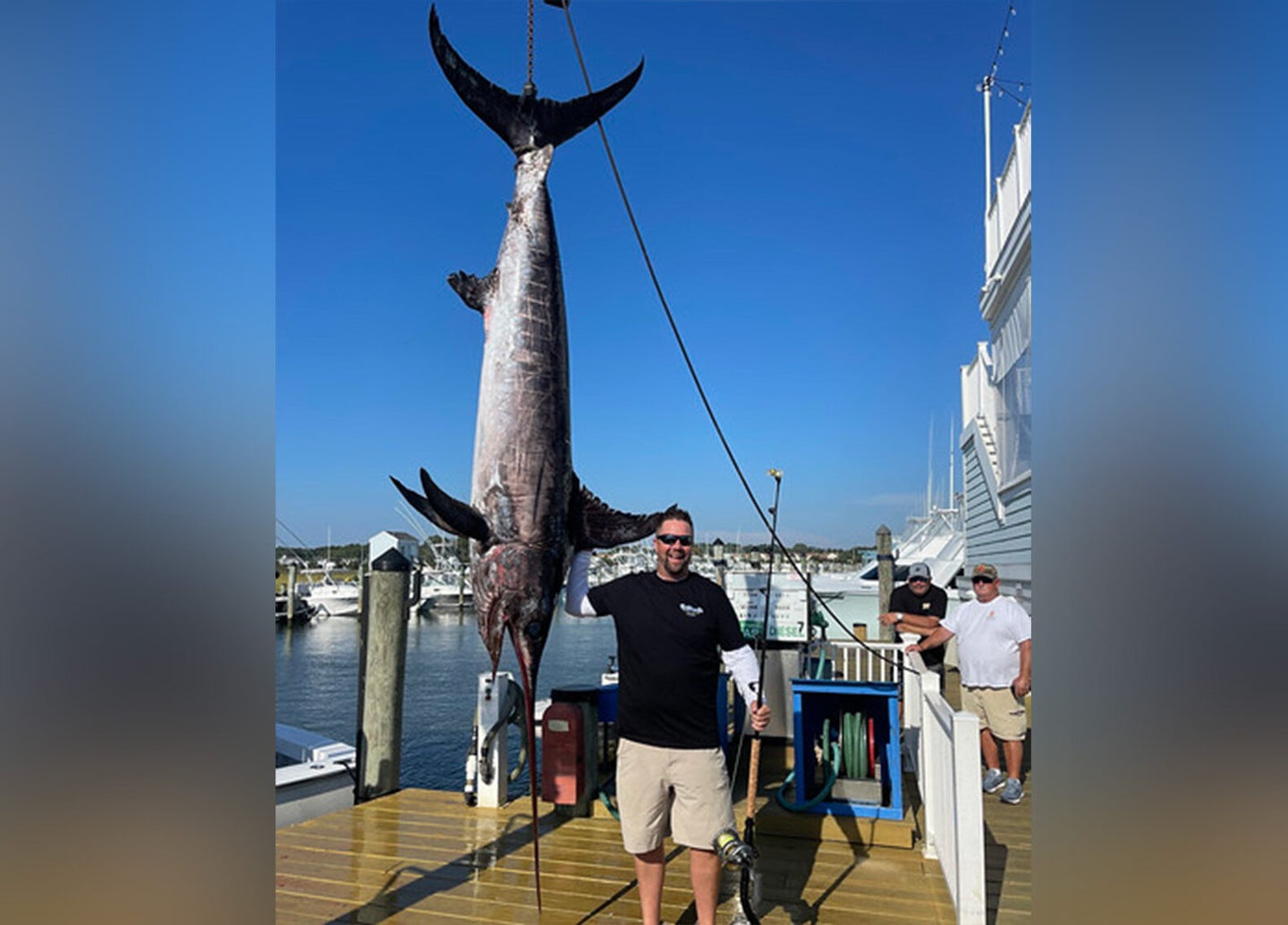 On Sept. 23, 38-year-old Jeff Jacobs of Calvert County, Maryland, broke the state swordfish record after reeling one in that tipped the scale at 393 pounds, according to a Maryland Department of Natural Resources press release. This fish beats the previous 318.5-pound state-record swordfish, caught by Jake Bertonazzi on Aug. 6, 2021, by almost 75 pounds.

A long day of charter fishing off the coast of Ocean City got even longer when Jacobs hooked into the monster fish. He was fishing on the RoShamBo, a charter boat operated by Captain Willie Zimmerman and his crew. The outfit was preparing to go home after eight successful hours on the water when line started flying off one of the reels. Jacobs settled in for the fight, which would end up lasting another five and a half hours.

“Giving up wasn’t an option,” Jacobs told the MDNR. “When [we] saw it we all knew it was a state record.”

The swordfish reportedly jumped out of the water shortly after taking the eel-baited hook, a sight that Jacobs likened to seeing a Volkswagen flying through the air.

The record was certified by the Ocean City Fishing Center and an MDNR biologist. Jacobs holds the record for the Atlantic division, one of four categories of state sport fishing records. The other three are Chesapeake, Nontidal, and Invasive. Bertonazzi, the previous record holder who hails from New Jersey, landed his fish less than two weeks after prior record-holder Peter Schultz claimed the honor with a 301-pound swordfish. Schultz was the first angler to be recognized for an official state swordfish record.

North Atlantic swordfish achieve an average weight of around 200 pounds, according to NOAA. Of course, that’s about half the size of Jacobs’ catch. Louis Marron’s 1953 all-tackle world record still holds strong at 1,182 pounds, according to the International Game Fish Association.