Calling it a “fish of a lifetime,” Mississippi angler battles the brute for almost an hour before hauling in the record-setting blue cat 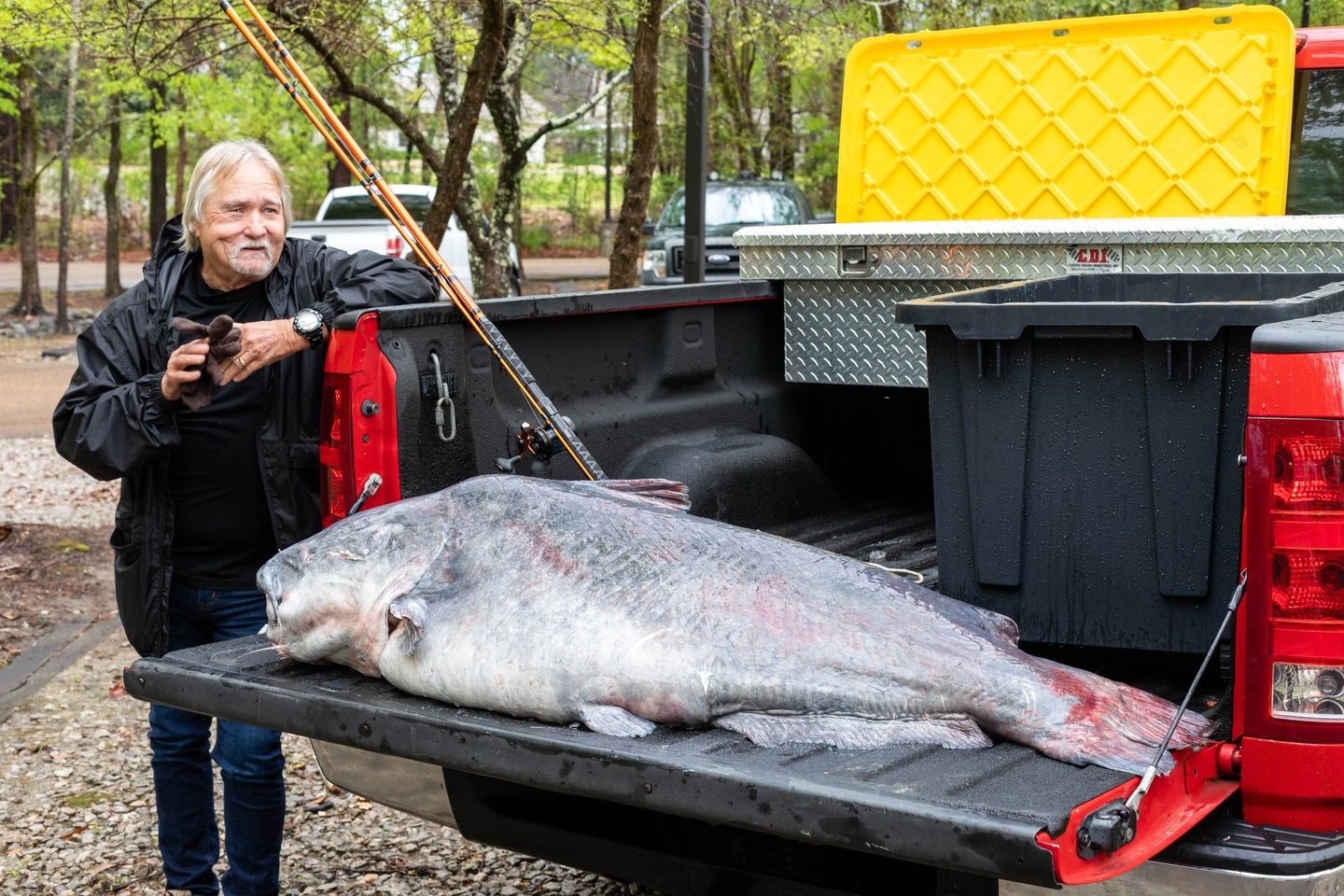 A gargantuan blue catfish caught on the lower Mississippi River on April 7 has shattered the Mississippi rod-and-reel state-record for the species. Eugene Cronley of Brandon caught the fish from the depths of the Mississippi River, well north of Baton Rouge near Natchez. Mississippi Department of Wildlife, Fisheries, and Parks announced the cat’s record weight of 131 pounds was officially certified on Apr. 11.

According to the state, Cronley’s blue cat eclipses the previous rod and reel record catch of 95-pounds made by Dakota Hinson in 2009. Cronley’s cat also betters the state record blue caught by any means that weighted 101 pounds, taken by team fishermen Freddie Parker and Brad Smith in 1997.

Cronley was using a skipjack herring for catfish bait and took 40 minutes to land the fish. He employed heavy tackle, a revolving-spool reel, and a stout bank sinker to get his bait deep. In a photo posted to the MDWFP’s Facebook page, the massive catfish is pictured on the tailgate of a full-size pickup truck, covering it almost completely.

Cronley’s 131-pounder was caught from the same Mississippi River area where the previous record 95-pound and 101-pound blue cats were landed. The IGFA all-tackle blue catfish record is 143-pounds, caught from Kerr Lake on Buggs Island, Virginia, in 2011 by Richard Anderson.