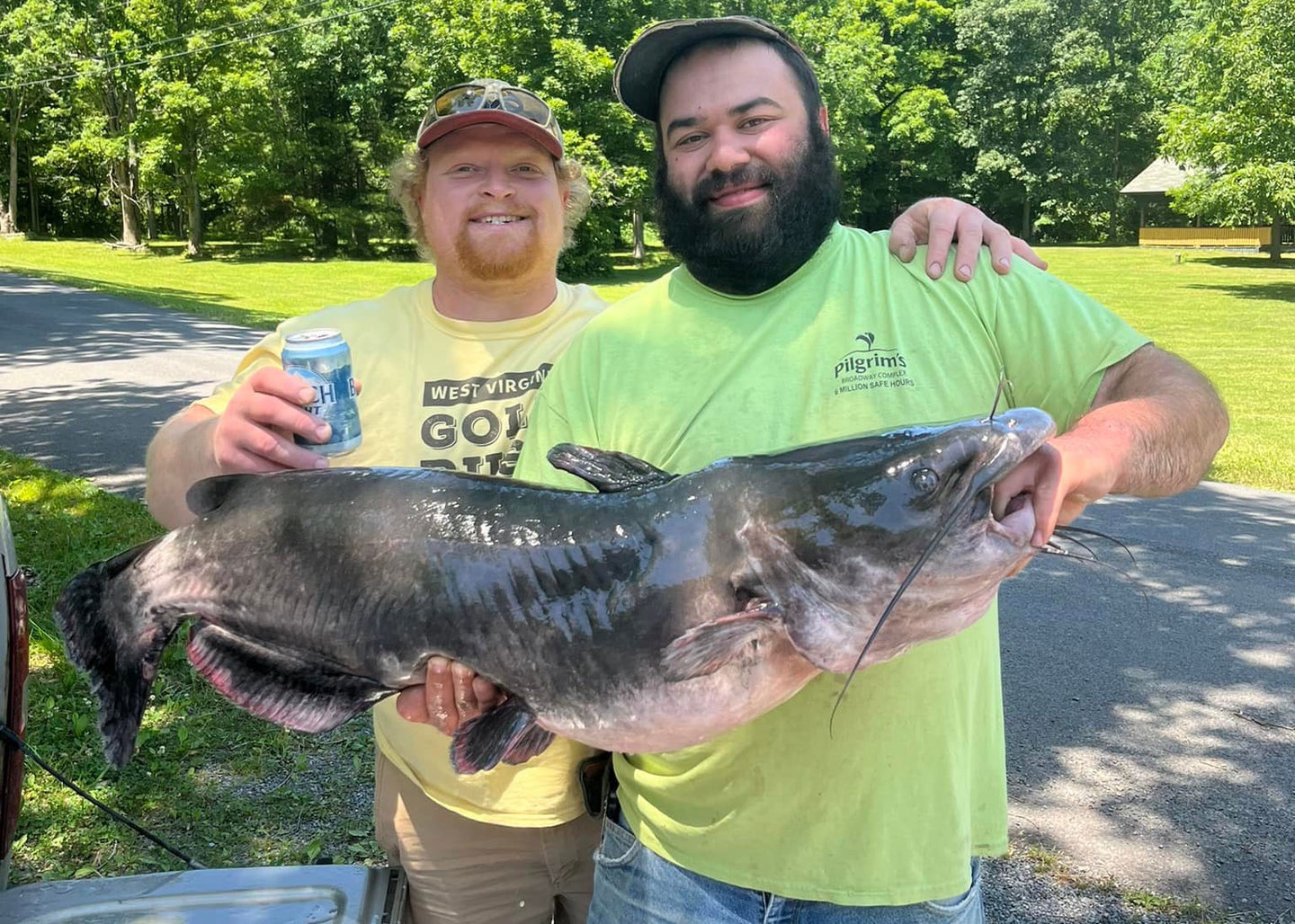 June 20 is known as “West Virginia Day” in the Mountain State and on that day this year, Allen Burkett and some friends caught the biggest channel catfish ever recorded in the state.

Fishing was slow for most of the day, but just as Burkett was gathering his gear to leave, at about 11 p.m., his luck changed.

“We were getting ready to pack up and the old pole bent down and the drag took off,” Burkett told MetroNews. “It was one heck of a fight. I didn’t think I was going to get him in. He started to go around a tree and I was pretty sure I wouldn’t get him. But for some reason he turned away from that tree and went on down the lake.”

Burkett battled the lunker for 10 minutes and ultimately worked the fish into the shallows. The massive catfish was so big Burkett needed both hands to haul it onto the bank.

“He was so big, I thought he was a blue cat,” Burkett told MetroNews. “I didn’t know there could be a channel cat that big.”

Realizing his catch was a giant channel catfish, he put the fish in a container with water to keep it alive and contacted West Virginia’s DNR the next day.

Brandon Keplinger, a DNR biologist, met Burkett with his fish the next day at Moorefield South States. There the catfish was officially weighed on certified scales at 36.96-pounds. It measured 40.59 inches in length.

Burkett’s catfish is now the current state record for weight and length for channel cats. This tops the old record for West Virginia channel catfish set in 2004 at 33.42-pounds, with a 40.3-inch length, caught in Patterson Creek by angler Michael Sears.

Burkett valiantly tried to keep his record catfish alive for release, but that didn’t happen.

“He didn’t make it,” said Burkett. “He was just too weak to return to the water. It would have been nice to have gotten him back as big as he was. But I was able to fillet him, and got quite a few bags of meat. We’ll be able to have a fish fry out of just that one catfish.”

West Virginia anglers have been on a tear in the last two years: Anglers have set 11 new state fish records, with Burkett’s being the fourth record fish this year for Mountain State anglers.