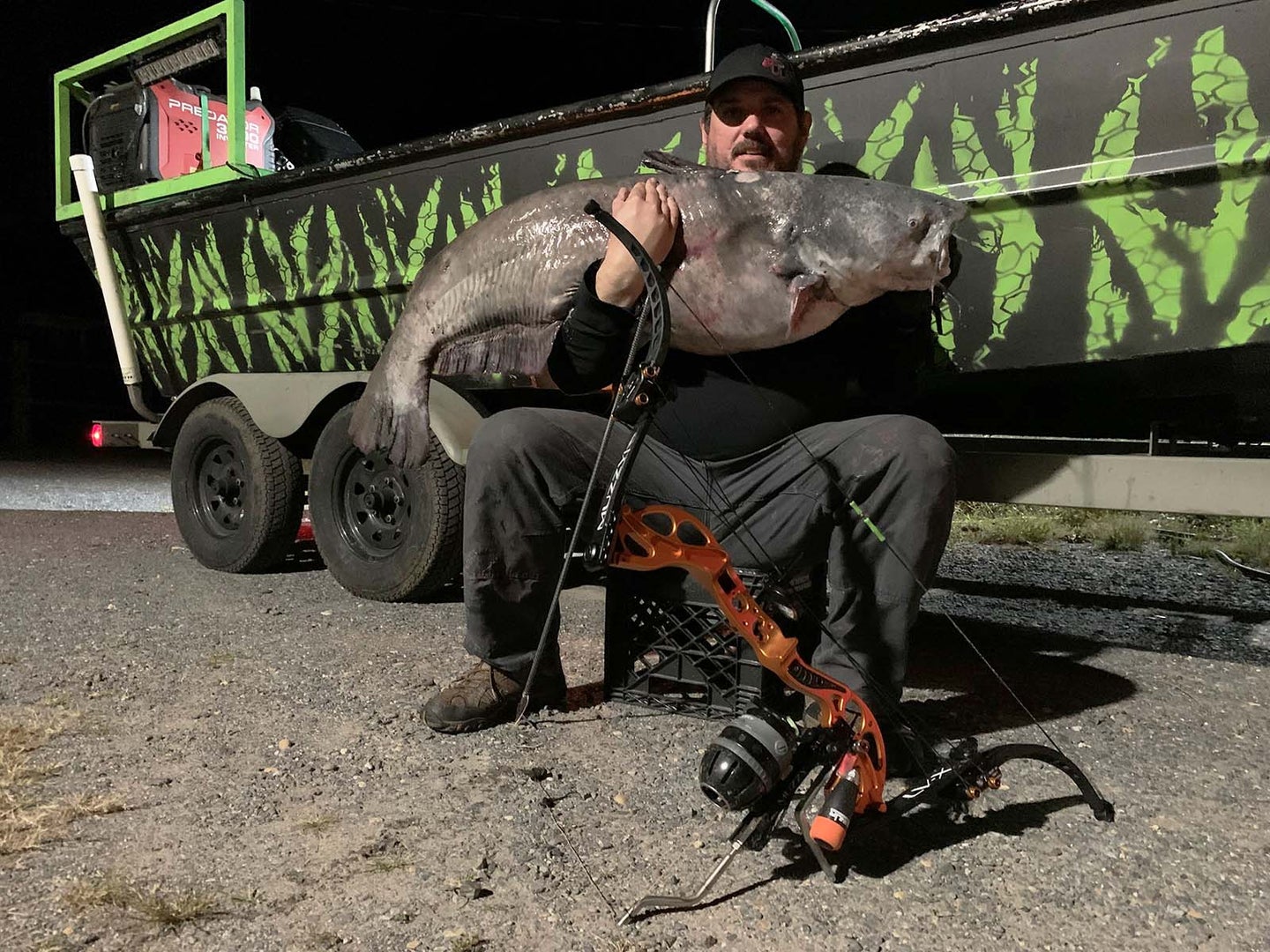 In a Jan. 6 Facebook post, the Virginia Department of Wildlife Resources (DWR) announced that William Bates Jr. of Waldorf, Maryland, set the Virginia archery record for blue catfish after he connected on a 62-pound, 4-ounce giant.

Bates arrowed the oversize cat Oct. 1, 2021 in Occoquan Bay, located near Fairfax, Virginia. The heavyweight catfish measured just an inch short of 4-foot long, and sported an incredible 32-inch girth. After the Virginia State Record Committee reviewed and verified the fish, Bates’ catch was officially certified and now is recognized as the “Virginia Archery State Record Blue Catfish.” The previous record was held by Logan Horne with a 55-pound, 5-ounce blue catfish that was arrowed in Aquia Creek in 2020.

The Occoquan Bay area has a history of producing huge catfish. The bay yielded the current 44-pound, 8-ounce flathead catfish archery record on July 7, 2020, to David Raines at the mouth of the Occoquan River in Belmont Bay, which is adjacent to Occoquan Bay. Blues and flatheads are popular target fish, but the bay also has a healthy largemouth and stripped bass population as well as panfish, like bluegill and crappie.

Bates’ new Virginia archery record cat is also the state’s heaviest freshwater fish taken by a bow fisherman. His fish is followed by a 60-pound carp arrowed in a private pond in 1970 by Ben Topham, followed by a common carp weighing 4 -pounds, 7-ounces from Claytor Lake in 2016 by Hae Kim.

Virginia is one of the top states in the nation for giant blue catfish. The IGFA all-tackle and Virginia record for the species is an astounding 143-pound blue caught from Buggs Island Lake (Kerr Lake) in June 2011, by angler Rickard Nicholas Anderson. Blue catfish were introduced to Virginia’s tidal waters in 1970 by the DWR. Sine then, the population has grown exponentially. To thin the schools of smaller blue catfish, some commercial fishermen are actually allowed to elctrofish the species, which uses low frequencies to draw the fish to the top of the water. Commercial anglers must acquire a special permit to participate in electrofishing.