The Remington 870 Wingmaster vs. the Express: Which Is the Better Shotgun Buy?

For years, the debate has raged: Wingmaster or Express? We finally settle the argument 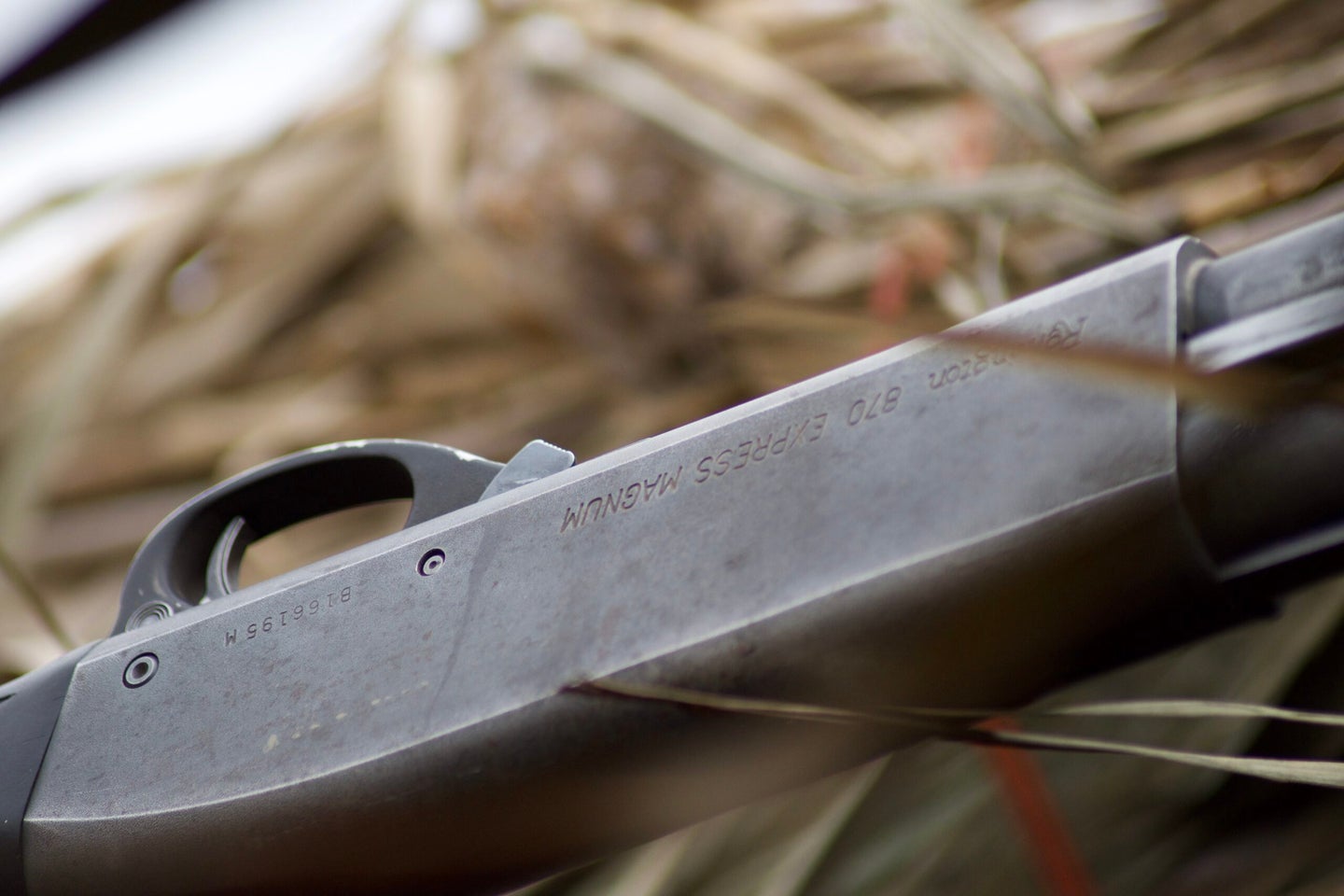 There's no arguing the Wingmaster was built better than the Express, but is it the better buy?. Joe Genzel
SHARE

In 1950, Remington debuted what is arguably the most iconic—and successful—shotgun in American history: the 870 Wingmaster. Then in 1987, Big Green introduced the Express, a cheaper knock-down version of the pump-action Wingmaster that could be had for half the price.

Turkey, deer, upland, and duck hunters have been carrying Remington 870s afield for more than 70 years now. There are skeet and trap models for clay-target shooters as well—the first 100 straight trap doubles at the Grand American in 1950 were broken by Randy Etchen with an 870. They are also available in self-defense and duty models that sit in the squad cars of countless police officers across the country.

In hunting, there’s probably no more hotly-debated shotgun topic (besides “Do you shoot a Benelli or Beretta?”) than which model 870 is in your gun closet. So, which is the better buy? Wingmaster or Express? I’m finally going to put the debate to rest.

The History of the Remington 870

Before I get into which gun you should purchase, let’s take a look at the origins of the 870. Remington first built the Model 31 to compete with Winchester’s iconic Model 12 pump. It was a fine shotgun, but it was also expensive and over-built: The Model 31 had more than 500 different machined parts. As a result, there were high labor costs involved in building it. It was a smooth-running, heavy pump gun that was too expensive.

Remington went back to the drawing board and decided to build a new, more affordable pump based on the action of the 16-gauge 11-48 semi-auto shotgun. That assured the 12-gauge 870 would be lighter. It also reduced production costs because Remington was able to manufacture the same action for two different guns.

The first 870 AP Wingmaster was priced around $70—if you still have one in pristine condition, it’s worth more than 10 times what you paid for it. Those first models came with a “Vari-Weight” system, which was simply wood and steel plugs that allowed hunters and clay shooters to add weight to the gun to help keep the barrel moving through the target.

In 1987, a more affordable version of the 870—the Express—rolled off the production line in Ilion, New York. The wood on to stock and fore-end, plus the steel that comprised the action was not of the same quality of the Wingmaster. But the Express was also half the cost.

Wingmaster vs. Express: Tale of the Tape

The first thing that stands out if you put an Express next to a Wingmaster is the exterior finish of the two guns. Wingmasters have either walnut or mahogany stocks and fore-ends. The Express is built from laminated wood or has a synthetic stock and fore-end, which is more common to see in duck camps because of its supreme durability. Wingmaster 870s also have polished receivers; Express pumps don’t. They have a matte finish, which might be smooth or might not be, depending on what month—or even day—the gun came off the assembly line. Some unpolished metals are better than others. Some come with obtrusive burrs on them.

The main difference between the two guns is the quality of their mechanics. Wingmasters have an aluminum trigger group, classic style magazine retention system, and chrome-plated bolt. The Express has a plastic trigger group, plastic magazine retention system (versions of which you will find on many modern and more expensive Italian-made shotguns), and the chamber is not polished like the Wingmaster’s.

One of the literal “sticking points” of these two guns is the extractor, which ejects spent shotshell casings from the 870. There’s a small hook which protrudes from the bolt (this is common on many shotguns) and grabs the brass rim and pulls the shell free of the chamber. The Wingmaster uses a non-MIM (metal-injected molded) or machined extractor, which is made from solid steel. The Police version of the 870 also uses the non-MIM because of its reliability. Express 870s have a MIM extractor. It’s cheaper and thus often wears out faster, which means your 870 eventually won’t cycle as well, or at all if the extractor is so worn down that it can’t grab hold of the shotshell.

So, Which Remington 870 Should You Buy?

If you love beautiful guns that run without fail, it’s tough to say no to the 870 Wingmaster, but I’m going to do it anyway. The No. 1 reason is I’m just not willing to pay $800 to $1,000 (or more) for a pump shotgun anymore, which is what it will cost if you’re looking for a Wingmaster that’s in good shape. I also don’t get caught up in the nostalgia of having a nice-looking gun. I think it’s cooler to have a shotgun that is beat to shit and still runs through shotshells like the first day you fired it. I don’t care about the exterior appearance of my shotgun, and if you don’t either, then the Express is the better option.

An Express can be just as reliable as a Wingmaster if you make a few aftermarket upgrades. Plus, you can find these guns for as little as $300, and sometimes less. The only thing I would caution you about is the quality of 870s slipped in recent years and the guns aren’t currently in production. To be safe, buy one that was made before 2010.

Here are the few modifications you will need to make an Express that will function as well as a Wingmaster: You already know that the action of an Express can be a little rough. That can cause cycling issues, but an easy fix is to just grab some steel wool pads and rub the action down with them every so often. That will get rid of any burrs that were not polished flat during the manufacturing process. It will also smooth out your receiver, and get rid of any crud left by dirty shotshells, making loading easier and ejection a snap.

Read Next: The Remington Ammunition Comeback Is Just in Time

The MIM extractor has caused cycling issues with the Express 870, but it’s easy and cheap to replace. You can swap it with a non-MIM extractor for $15, and do it yourself, so you don’t have to pay a gunsmith. Also, I haven’t heard of many plastic 870 Express trigger groups failing, but if yours does, or you just want to ensure that it continues to function with the reliability of the Wingmaster’s aluminum trigger group, just upgrade to a Timney trigger fix. It’s only $100 and replaces the original factory sear and spring. I’ve got a Timney trigger in one of my own shotguns and it’s incredibly light and smooth. It also helps you shoot a split-second faster, which will give you an edge over your buddies when mallards are in the decoys or a rooster flushes in tight cover.

With those upgrades you will have the functionally of a Wingmaster in an Express shotgun for under $500. The exterior won’t be as eye-catching, but like I said, that doesn’t much matter to me. If it does to you, then by all means fork over a house payment for a pump shotgun.