How to Shoot Your Turkey Gun with Your Off Hand 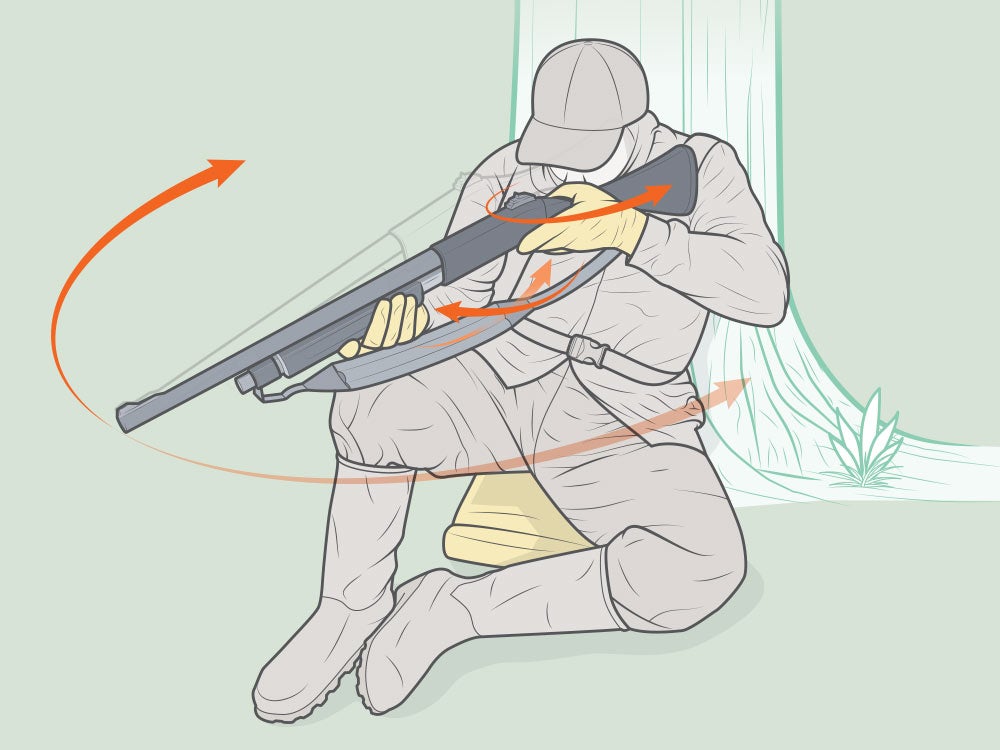 Which way will he come from? It’s the question we always ask ourselves when setting up in the turkey woods as we try to get inside the head of a love-struck tom. If your luck is at all like mine, that guess is often wrong. Instead of trying to contort yourself into a better shooting position when a turkey comes at you from the wrong side, learn to shoot your shotgun off your weak-side shoulder. The shift can be made with a minimal amount of movement and doubles the area your muzzle can cover. Just swap the positions of your hands on the stock and then move the butt of the gun to your opposite shoulder.

Though it sounds (and is) simple, when you first try it, that motion will feel as natural as trying to tango for the first time.

To make this transition feel more comfortable, practice mounting an empty shotgun at home. I did this years ago after getting a bit of advice from a guy in my squad while we shot 16-yard trap. Being a lefty, I shot left-handed but didn’t realize I was right-eye dominant, so I was struggling to consistently connect.

Instead of placing a bit of Scotch tape over the right lens of my shooting glasses, which is one way to deal with cross-eye dominance, at his suggestion I went the tougher route and learned to shoot right-handed.

The process was straightforward. Each day I’d practice shouldering my 870 on my right side while looking at a spot on the wall or some other imaginary target. Starting at the low-ready, I’d do a set of 10 and take a break—the goal being to do several sets of 10 each day. After two or three weeks, this began to feel natural, and I augmented that practice with some live-fire clay shooting at the range.

If you limit your ambitions to just learning to shoot turkeys from the off shoulder, it won’t take you even that long to master the move. Practice switching the gun from one side to the next while sitting down, and before you know it, you’ll double your chances of tagging a bird this season.

Read Next: The Best Turkey Loads