Georgia Brothers Tag Monster Alligator After Sending Up a Prayer

Mark and Charles Quirk were having a gator hunt from hell, then everything turned around 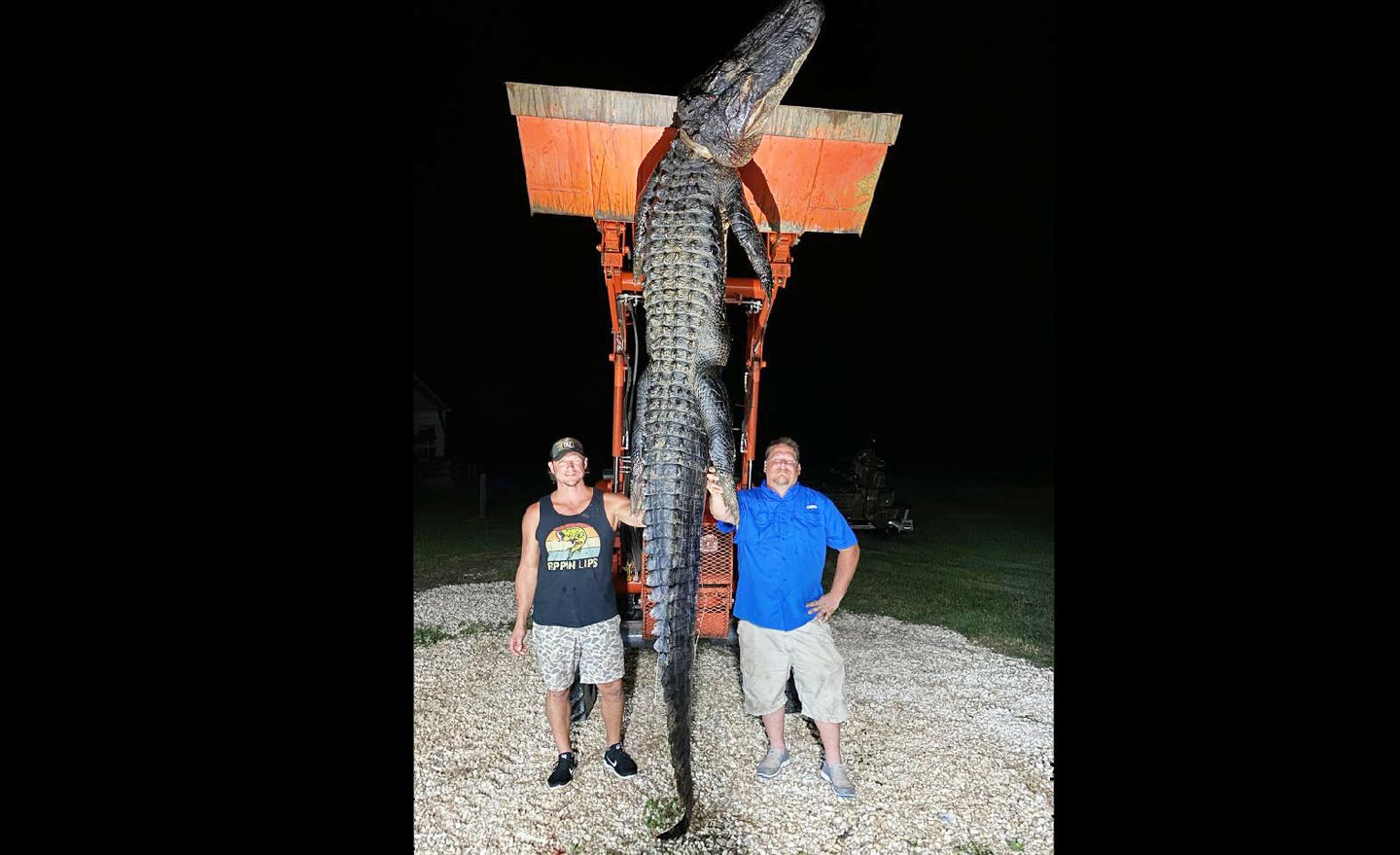 Mark and Charles Quirk had scouted the sprawling 37,500-acre Lake Seminole on the Florida-Georgia state line, and they knew where some giant alligators would be at the start of the hunting season. Plus, the brothers were at a lake they knew well and had taken big gators from in prior years. They were confident they would have a good season, but they had no idea what sort of adventure was in store.

“We went scouting two weeks before the season, and we saw plenty of big gators in the same area (we’d hunted previously), so we were excited,” Mark told Georgia Outdoor News.

Gator hunting is a family tradition for the Quirks. Last year Charles helped his brother Cody take a 750-pound, 12.5-footer from Georgia’s Lake Harding. And last year their 74-year-old father Charlie had a Lake Seminole tag and bagged a 12-foot gator.

“I was hunting with Charles and my dad on that trip last year, and we saw a lot of big gators on Lake Seminole,” said Mark, according to GON. “We were hoping that they would still be there.”

They were. Based on what they had seen while scouting, the brothers decided to not take a Seminole gator less than 12-feet long.

They chased alligators day and night on Friday and Saturday without scoring. Then, on Saturday, the outboard motor failed and only would push the boat along slowly.

They were three miles from the boat ramp and on their slow push back at 3 a.m., they spotted a 12-foot gator.

“Charles and I made a cast at the same time,” says Mark. “Charles hooked him, but my hook snagged onto Charles’ hook. When I yanked, it pulled the hook out of the gator.”

The brothers were devasted, tired, overworked, and frustrated. That’s when Charles asked for divine intervention.

Soon after asking for heavenly help, Charles spotted the eyes of a gator, and the pair turned their boat toward the big reptile. But the gator sank as they approached, only to rise again just 30 yards away.

Charles made a cast with a treble hook and snagged the gator in deep water.

“He stayed underwater for an hour and 15 minutes,” Charles told GON. “We finally got two harpoon buoys in him, but he rolled up and got everything tangled. We wanted to pull his head up to see how big he was, but we couldn’t do it the way he was tangled up in everything. It took two hours to get him beside the boat. I finally had to go shoulder deep in the water and shoot him with a pistol.”

They made it back to the boat ramp with the gator and took it to a processor to skin and bone the meat from their trophy. The gator cape weighed more than 200 pounds, and Mark decided to have the animal made into a full body mount — all 13.5-feet of him.

“My wife made sure that I understood right off the bat that it wasn’t going in our house,” Mark told GON. “I decided to give it to Charles. I think he’s having that discussion with his wife right now.”