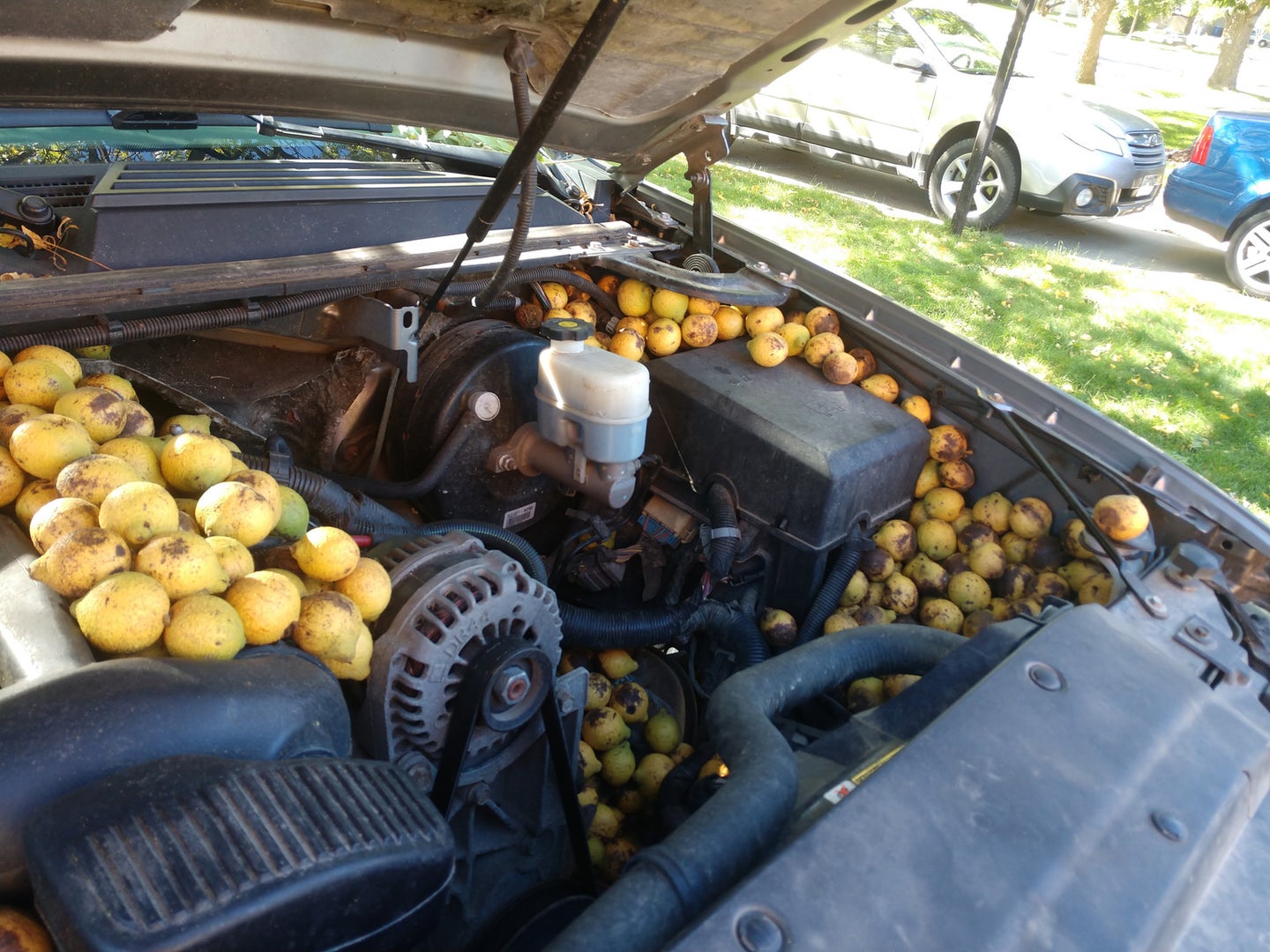 Bill Fischer pulled more than 42 gallons of walnuts from the engine compartment of his pickup.
SHARE

Bill Fischer, 56, returned home to Fargo, North Dakota, following a four-day trip to discover his parked pickup truck near a neighbor’s walnut tree had once again become a favorite storage pantry for hundreds of fresh-fallen nuts, thanks to a busy fox squirrel.

It happens every two years, according to Fischer, which coincides with ripe nuts falling from a black walnut tree during its every-other-year yielding cycle, according to a Washington Post story.

“The squirrel set a record,” he said. “Most [walnuts] I’ve ever pulled out was four or five six-gallon buckets. This year was seven.”

That’s 42 gallons of black walnuts stowed in his truck.

For eight years, a fox squirrel (or squirrels) has been targeting Fischer’s truck, even though there are plenty of other vehicles around and places to store their valuable winter food supply.

“I’ve got other vehicles that sit very close to that tree, and it’s always my truck,” Fischer said. “I’ve even parked purposely out on the street — as far away as I can from the walnut tree — and they still go find the [Chevy] Avalanche and hide them in there.”

Squirrels pack nuts almost everywhere there’s open space under the truck, especially in the engine compartment and under the hood, plus around tire fenders. Fischer believes squirrels choose his Chevy because of easy access to the vehicle, and its frame and engine area, which has plenty of pantry space under the hood.

Read Next: The Case for Squirrel Hunting, and Why It’s Completely Underrated

Fischer has learned that once walnuts start falling it’s time to check the engine before turning on the car. He also knows it’s best to wait until the walnut tree has completed its nut drop before a final cleaning of his Chevy.

When he does, Fischer says “The squirrel will sit in the tree and watch me clean up the walnuts almost like: ‘That’s mine, buddy,’ as he’s watching me clean up his winter storage.”