The Most Accurate Measure of Rut Timing? Fawn Drop

To know when the rut actually took place last season, count backward from 200 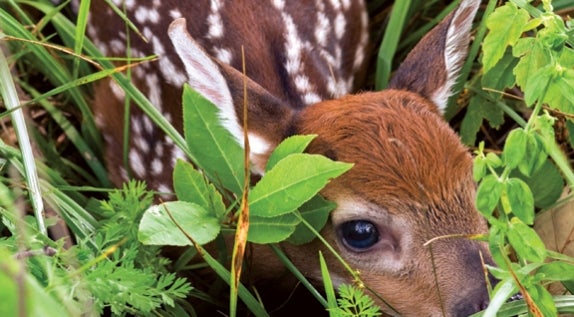 The whitetail fawn drop is a reliable indicator of the previous year's rut timing. QDMA.com
SHARE

Every year there are scores of articles, videos, blog entries and the like all authored with a singular purpose: To predict the timing of the upcoming whitetail rut.

Some will push a lunar theory. Others will point to weather-based notions and cold fronts as being the “trigger” to the rut. The fact? None of it can show the timing of the rut with the pinpoint accuracy of the fawn drop. The problem, of course, is that basing rut timing on fawn drop dates tells us when last season’s peak breeding dates were. Is that information relevant to the rut that will be this fall?

I first started to see photos, videos, and other in-field sightings of newly born fawns (near my hometown in Michigan) via social media on May 13, 2017. The average whitetail gestation period lasts about 200 days, which means that fawn was conceived around October 25, 2016…which is interesting because I made a social media post of my own on October 25 after seeing a buck breed a doe and also wrote about it here on OutdoorLife.com.

The moon phase on that date was a waning crescent and the temps in Eaton County, Michigan, were in the mid-50s during the day and about 30 overnight. Lunar theories—based on the notion that the second full moon after the autumnal equinox sets the stage for the whitetail rut—predicted a later-than-normal rut with the week of November 21 being the peak of breeding. Thus my in-field sightings seem not to align with any lunar or weather-based theory.

Again, based on the 200-day gestational period, we should see the bulk of fawns dropping from June 9 though June 16 to correlate with the lunar-based predictions. Thus far, I don’t see that happening. Once that first fawn report came in, the photos, videos, and sightings stayed steady for about two weeks. I’ve not personally seen or heard of a new local report in a few days. Perhaps that’s because turkey season is over, and folks aren’t out and about. But there’s still a fair amount of food plot prep happening and trail cameras still in place. If the lunar-based theories hold water, we should see a substantial influx of newborn fawns happening right about now.

Now, there is something that needs to be clarified here. By design, fawns are born in a fairly short period of time across the population. Biologists refer to this as synchronous birthing. The purpose is to flood an area with newborns so as to overwhelm any predators that may be in the area. With a high number of fawns being born at the same time, coyotes, wolves, bears, and other predators aren’t able to prey on all of them—thus assuring a certain percentage of each fawn crop survives. Assuming the timing of the majority of fawns are dropped based on social media posts is also a bit difficult. Those photos are posted because they’re usually the first fawns observed and it’s entirely possible that they don’t represent the timing of the full fawn drop.

That said, I have roughly a dozen trail cameras running on several different properties and those cameras all show the same thing: Doe pictures declined greatly around May 10. They picked up again around May 20—and the does had fawns in tow.

The takeaway: Lunar-based theories make for interesting fodder. Weather-focused rut plans seem to make sense. But the data – the hard proof in the form of newborn fawns – tells us the moon, the weather, the little green men flying overhead have nothing to do with the timing of the rut. Predicting when the rut will occur in your area doesn’t require a solunar table or a radar map. It needs just a few year’s worth of data regarding when the bulk of fawns are born. Count back from that date by 200 days. Circle those dates on your 2017 calendar. And hunt then. 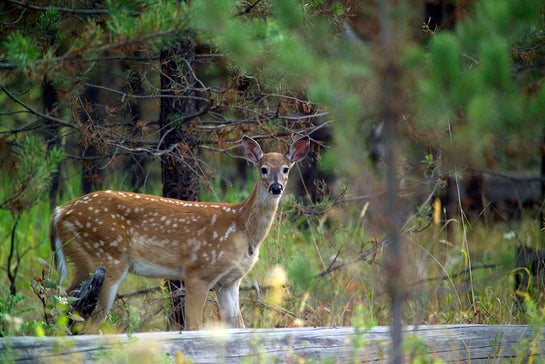 Now let’s look at weather-based rut predictions. Some hunters argue that above-normal temperatures will delay the rut and that colder-than-expected temps can jumpstart things early. Working with a date range of October 25 through November 5 (to coincide with the gestational period for this year’s fawn drop dates), I compared last year’s temperatures in my region over the 10-year average. For the most part, temperatures were at or slightly above normal temperatures.

So what can we learn here?

Well, we know this (and only this): based on gestational periods and actual fawn birth dates, there was likely significant breeding taking place from October 25 through about November 5. This timing varies from any lunar-based theory I’m aware of and the weather (at least here in southern Michigan) wasn’t overly cold and was, in fact, a bit on the warm side.

I’ve kept informal track of fawn drop dates for years, and this is the earliest conception date range in my notes. Most occur around November 7, and I’ve based my personal hunting schedule around those dates as a result. This year’s anecdotal evidence of a small sampling of fawn drop dates seems to suggest that last year’s rut did occur a bit earlier than in previous years—and my in-field experiences seem to indicate that as well.

Had I based my decisions on when to start hunting my favorite rut locations on lunar theories or weather patterns, I would have missed a significant portion of the 2016 rut cycle. I love to hunt a strong cold front as much as anyone. I do pay attention to moon phases and lunar cycles. But when it comes to predicting the best days to hunt the rut, I’ll stick with counting backward by 200 days.

The takeaway: Lunar-based rut theories make for interesting fodder. Weather-focused rut plans seem to make sense. But the data – the hard proof in the form of newborn fawns – tells us the moon, the weather, the little green men flying overhead have nothing to do with the timing of the rut. Predicting when the rut will occur in your area doesn’t require a solunar table or a radar map. It needs just a few year’s worth of data regarding when the bulk of fawns are born. Count back from that date by 200 days. Then circle those dates on your 2017 calendar. And hunt then.