The Best Times to Hunt the Whitetail Rut This Season

We break down the hottest weeks, days, and hours of the rut based on moon phase, deer breeding data, and years of field experience 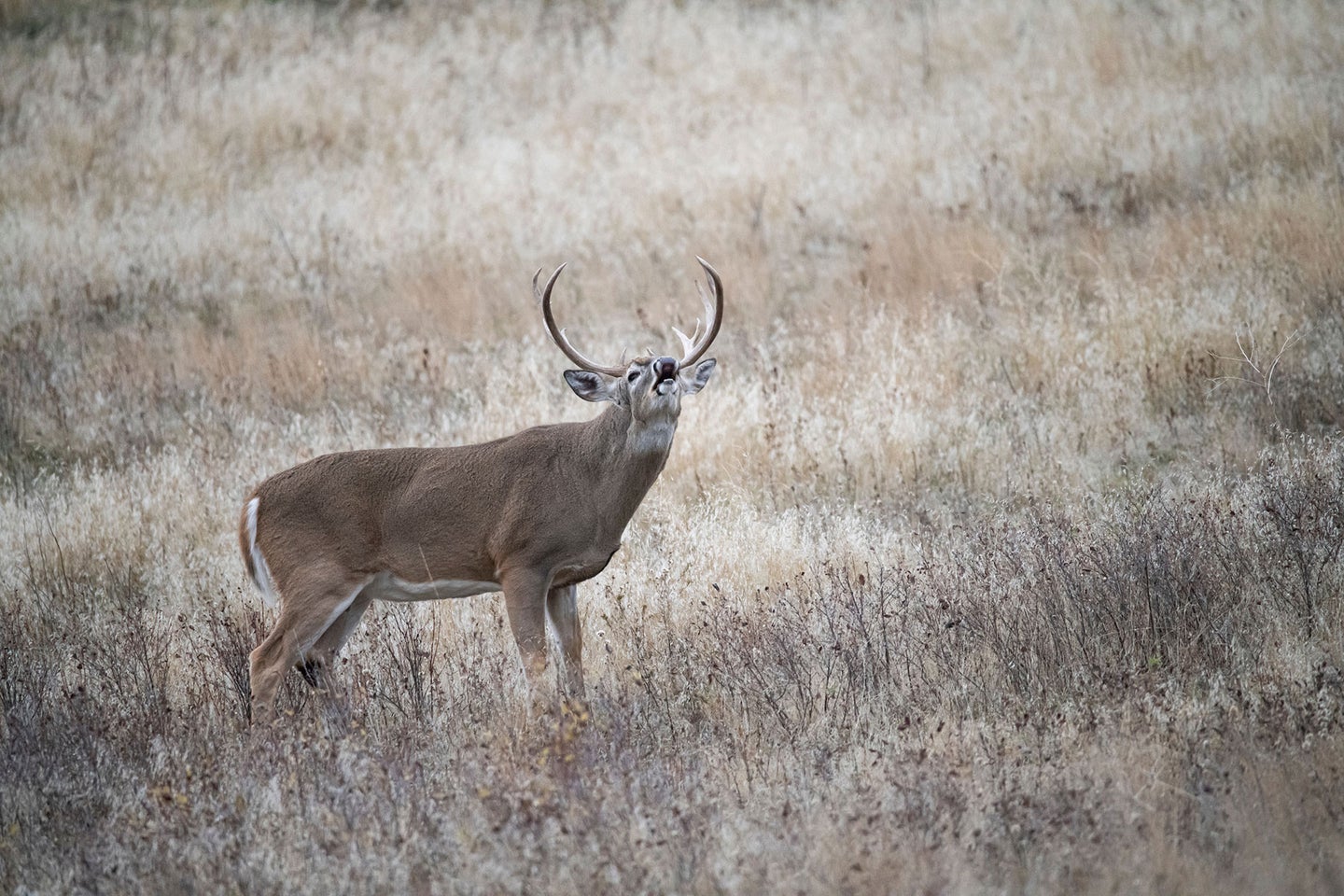 Every day is a good day to hunt the rut, but some days are better. John Hafner
SHARE

Biologists say that in any given year, 90 percent of mature whitetail does will come into heat and bucks will happily breed them from roughly November 5-20, regardless of weather, barometric pressure, moon phase or any other environmental factor. It’s been like that for decades in the Northern two-thirds of America, and that will not change.

So, plan your hunting vacation any time from the pre-rut of Halloween week though peak breeding in mid-November, and you’re guaranteed to hunt some phase of the rut. Anytime you hunt rutting deer, you’ve got a decent shot to see and shoot a big buck.

With that said, I do believe that some days and weeks can be slightly better than others each season, according to when the four major phases of the moon line out the last week of October through mid-November. To that end, I am pleased to team with Outdoor Life to bring you my 12th annual Big Deer moon-and-rut hunting guide with the following predictions and advice.

In part one of this moon special, I spoke about a study conducted at North Carolina State that I rely on when planning my hunts across North America each season. In that project, researchers attached GPS collars to does and bucks and tracked their movements throughout the moon phases.

READ NEXT: Why I Hunt the Whitetail Rut by Moon Phase—and You Should Too

Their data showed that during a new moon, which this rut cycle rises on October 25 and wanes on the dark side through Halloween (zero to 47 percent daily illumination) deer move most actively at daylight, with movement decreasing noticeably the rest of the day.

Halloween week, when bucks scrape like fiends and prowl for does that are not quite ready to breed, is one of my favorite times to bowhunt. This season, with the moon dark and waxing crescent for 6 days, expect to see the most does, and maybe a buck pushing a doe, from sunrise until 9:00a.m. Get settled on stand early and watch hard that first hour. The cooler the temperature, maybe a hard frost, the more deer you’ll see.

The NC State study found that during the first-quarter, when the moon is 90 degrees away from the sun and is half-illuminated, deer move less on average throughout the day than in all the other phases. One researcher said, “That would be a good seven days to work.”

Forget the science, at least for this year’s rut cycle. Looking back to my notes and all the research I’ve done over the years, it’s a fact that many huge bucks are killed every season during the seeking phase of the rut the first week of November. This is a good week to take off and hunt hard during any year.

Before every season I text my friend and outdoor TV personality Mark Drury, a moon fanatic like me, and ask, “What you think about the moon this year?”

Mark’s favorite time to hunt the rut is during the full moon and the 5 to 7 days prior as the moon waxes toward 100 percent illumination. “November 2 to 7 could be really good this year, especially if you get cold weather,” he says. If you hunt this week, Drury and I believe that your best shot to see a mature buck prowling for a doe is in the afternoons when the moon will rise from 2:40 p.m. until about 5 p.m. Hunt your best stands around food sources.

Drury and I keep honing our theory: Mature bucks move best in daylight hours in and around a full moon in November. We know this flies in the face of what Granddaddy told you: Bucks move all night on the big moon, it’s the worst time to hunt!

But I know we’re onto something. The more I hunt a full moon in early to mid-November across the U.S. and Canada, the more mature bucks I see wandering around glassy-eyed from 9:00 a.m. until 3:00 p.m. Drury agrees, and you’ve seen all the rutting giants he kills on his television shows, some of them on a big moon.

I hate speak ill of what Granddaddy taught you, but data from the NC State moon study backs us up. “A common misconception is that deer see better at night because it’s brighter when the moon is full,” said the scientists. “But according to our data they actually move less on average at night during a full moon and more during the middle of the day, and also earlier in the evenings.”

“This year I think any day from November 8 through 14 could be good to great for deer movement from midmorning to early afternoon, especially if it’s cold with high-pressure,” says Drury. From November 9 through 11, when the moon will set from 7:30 a.m. to 9:30 a.m., he and I predict deer will move and rut best in the early mornings. You can bet I’ll be camped out in a morning stand on a ridge blazed with rubs and scrapes deep in the timber.

If you hunt this week, there’s one more thing to consider: On or about November 14, deer sightings and overall movement might get more and more sporadic as bucks start to lock down with does. But hang tough in a stand for as long as you can hack it. I think this will be the week this season, and you never when a mature shooter will come rutting by.

If this is the only week you can get off work, don’t fret. You might think it’s a little late for the rut, but from a moon perspective, deer movement should be good or even great from November 15 through about the 20th, especially in the afternoons. The NC state moon data I refer to often shows the most extreme deer activity of the entire study occurred during the last-quarter phase, and more specifically, during the last hour of shooting light each day.

Here’s one thing I would suggest. Sneak in and hang a fresh ambush stand 100 to 150 yards off a corn or bean field, back in a secluded, thick funnel that leads out to a spot where does go to feed. By now, most mature bucks have been pressured a little or a lot, and are skittish. The boys have bred a doe or two and are run down, but they’re ready and willing to breed one last doe that will stand. Hidden back in the cover, you might get your buck yet as he sneaks out to check on does in the last minutes of light on a waning crescent moon.

Michael Hanback has hunted whitetails across the United States and Canada for more than 30 years. He is a longtime contributor to Outdoor Life, and the host/producer of Big Deer TV on the Sportsman Channel. Read more of his writing at BigDeerBlog.com and follow him on Instagram at @bigdeertv.