The Worst Week Ever for Montana Deer Hunters: CWD Arrives in the State

Here's what we know 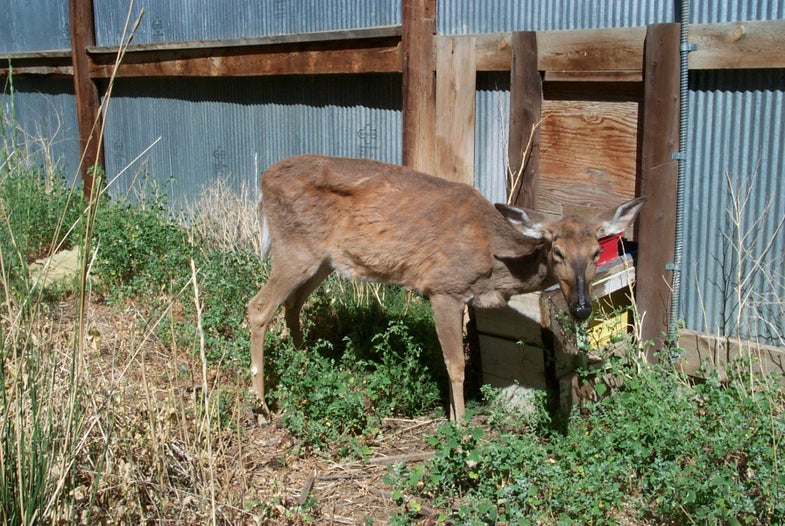 For us deer hunters, this is the best week of the year, the week that the rut strips bucks of their inhibitions and gives us a fighting chance to beat their senses.

But for Montana deer hunters, it’s the worst week of the year. This will be remembered as the week that Chronic Wasting Disease arrived in the state.

And for me, personally, this dread week has been nearly 20 years in the making.

Here’s what we know: A mule deer buck killed by a hunter in the south-central part of the state, not far from the Wyoming border, has tested positive for CWD. The news was announced yesterday.

The disease has been prevalent in Wyoming for nearly four decades, and has been creeping northward. So in some ways, it’s unsurprising that CWD would show up in Montana. The state’s Fish, Wildlife & Parks Department has been watching the borders, testing as many deer as possible from those peripheral areas, and the fact that this CWD-positive buck was found is proof that the vigilance was both warranted and effective.

But that’s slim consolation for those of us who have been watching CWD spread across the country. Twenty-three states now have CWD-positive herds, and wildlife managers and hunters have had to learn how to live with the malady, which is always fatal to the animals it infects. The distressing thing about CWD is that its shadow extends beyond its ungulate victims. It affects land valuation, our enjoyment of the hunt, and while there has been no evidence that an animal that tests positive for CWD can pass on the disease to humans, it cultures a fret that grows in the back of every hunter’s mind: Is this meat healthy to feed my family?

The fact that Montana’s CWD monitoring was effective has deep meaning for me. One of my first tasks, when I joined Montana FWP as an information and education manager more than 16 years ago, was to work with the state’s biologists to develop a CWD monitoring and response plan. At the time, CWD had been detected just north of Montana, in southern Saskatchewan. It was creeping north from Wyoming. And it was present in western South Dakota. The CWD task force’s mantra—repeated every time we talked to our colleagues and the public—was that “CWD showing up in Montana is not a matter of if. It’s a matter of when.”

That when is this week. Doomsday.

No matter how expectant or how prepared we’ve been for this day, it’s not a happy one. That action plan that I helped develop now will be implemented. It calls for focusing deer harvest in the area where the CWD-positive buck was killed, to collect a sample size large enough to measure prevalence of the disease in the population. If that prevalence rate is large enough, there may be more widespread eradication efforts to try to contain the disease or at least slow its spread.

No matter what happens next, deer hunting in Montana changed this week. And not for the better.