Can Fire Slow The Spread of CWD? 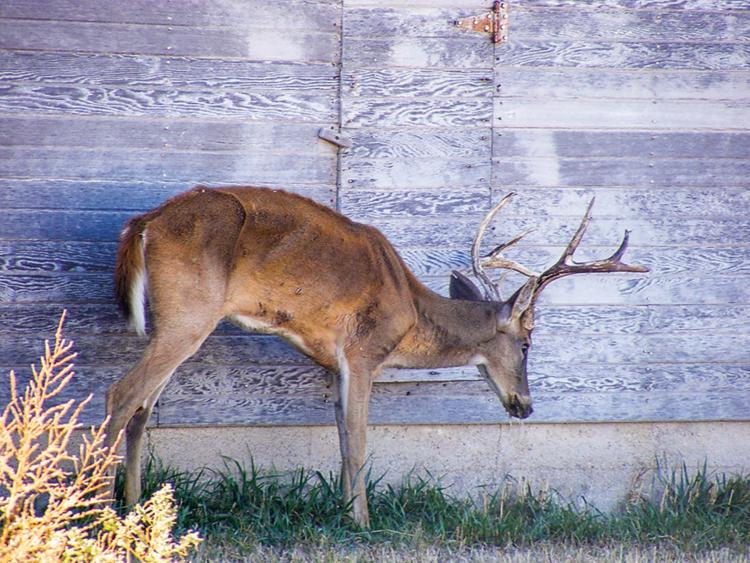 Can we burn our way out of Chronic Wasting Disease?

A crew with ties to Colorado State University thinks we might be able to do just that.

In a New York Times report, Dr. Mark Zabel, an immunologist from CSU, lays out a plan to use controlled fires on National Park Service lands in Colorado and Arkansas to help control the spread of CWD. The fires, he says, can remove some of the infected prions from the environment thus reducing the number of new cases of the disease in the area.

“If you eliminate the plants that have prions on the surface, that would be a huge step forward,” he said. “I really don’t think it’s that crazy.”

CWD has been confirmed in 24 states and once a deer or elk contracts the disease, it has shown to be 100 percent fatal.

The origins of the disease are a point of serious debate. It was first discovered at a Colorado State University facility in 1967. Many researchers believe the disease came about when the infected mule deer came into contact with scrapie, a disease found in sheep that is believed to have also led to Mad Cow Disease in cattle.

But Zabel’s research found something interesting: Prions in ungulates like deer and elk are more prone to misfolding, a malformation which can lead to CWD.

“We were able to generate a new prion,” Dr. Zabel told the Times. “Maybe this is a spontaneous disease.”

That revelation may seem far-fetched but other researchers have hinted at the same thing. In a story published in Outdoor Life, I interviewed Dr. James Kroll who also mentioned the possibility of CWD being a spontaneous disease that’s been around far longer than documented.

Regardless of the disease’s origin, it has proven to be a serious challenge for researchers and wildlife managers to understand. In the case of other diseases, such as bovine tuberculosis, a direct correlation can be made between animal density and infection rates. The more deer in an area, the higher the rate of infection.

With CWD, however, that simply hasn’t played out. Some areas of the highest CWD prevalence rates – like Wyoming – have far lower population densities than areas of lower infection rates – like my home state of Michigan.

This fact not only makes the disease difficult to control, it also creates a public relations nightmare for state agencies. It’s hard to ask the hunting public to severely reduce deer numbers in CWD areas when the data doesn’t show a correlation between reduced deer numbers and reduced infection rates. Furthermore, the Times report indicates that some researchers have found that animals may develop resistance to the disease. If that’s true, then reducing deer numbers may limit the number of disease-resistant animals available to breed and reproduce, thus prolonging the process of creating a herd resistant to CWD in the long term.

Could setting fires in areas known to be infected with CWD actually reduce the number of future CWD cases?

Only time will tell.