Most Northeastern bucks don't have big racks, but they make up for it in weight 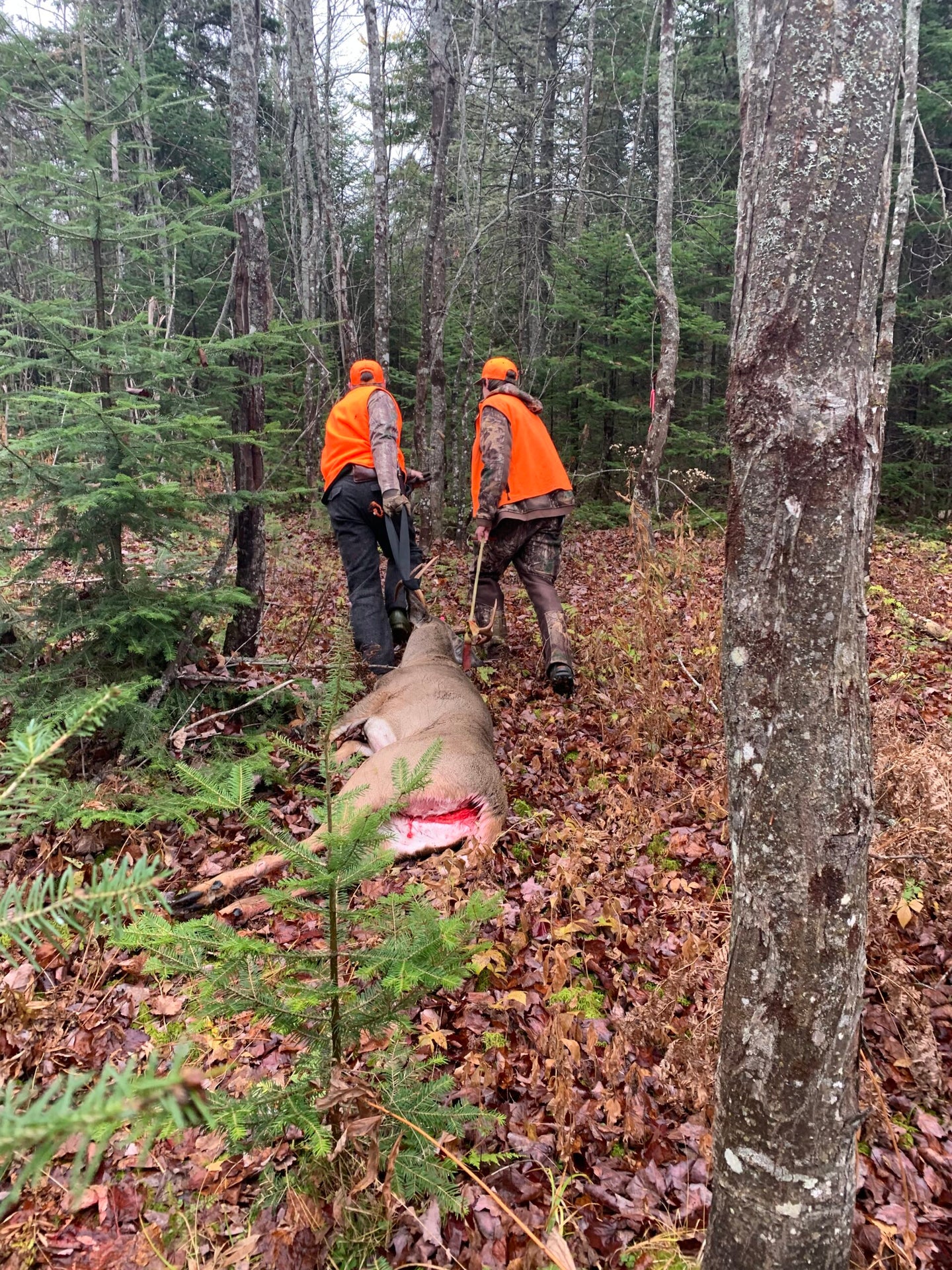 Caleb Snell with a long drag out near Moosehead Lake, Maine.
SHARE

Relatively speaking, Maine and northern New England hunters don’t harvest a lot of high-scoring deer each year. Deer densities are lower, the habitat is poorer and winters harder, so there’s less nutrition and fewer deer able to reach the older age classes and realize their genetic antler potential. However, what the survivors lack in racks, they more than make up for in body size; and as the locals like to say, “You can’t eat antlers.”

Biologically speaking, northeastern deer are different from those in the trophy states like Iowa, Illinois, and Kansas. The northern woodland or boreal deer (Odocoileus virginianus borealis) is the largest subspecies of whitetail. They’ve evolved in a harsh environment characterized by poor, acidic soils, dense softwood forests, and severe winters. Only the strongest and the largest survive. While hunters in other parts of the country talk about live weight, northern New Englanders use only dressed weight as a reference, and 200 pounds is the benchmark. Maine hunters average around 500 annual entries in The Biggest Bucks in Maine Club, and many more are taken that never get entered. While 200 is the minimum, many exceed that, some by a lot and a few nudging close to 300.

The hunters and the hunting are different too. Dense woods make deer hunting difficult and shot opportunities, when they present themselves, are typically up close and personal. Some hunters sit and wait for a big buck to come by, but you could wait a long time for one of these spooky big woods giants. So most strike out on foot. Some stillhunt silently along, stopping frequently to scan ahead for a patch of brown, a glint of sunlight off an antler or the flick of a tail in the dense conifers.

Fresh snow offers an opportunity to practice the age-old tradition of tracking down a big buck. The lore is highlighted by names like Benoit, Bernier and Blood, but countless more Northwoods hunters hone their woodsmanship skills on the track. Most eat tag soup but enough connect to inspire the rest of us that one day we might just find a mythical giant. Here are some of the biggest deer killing in the big woods this fall:

2. Chris Hand: Though this central Maine buck only sported six points, it has some impressive brows, and an even more impressive dressed weight of 237 pounds.

4. John Fortin: Fortin shot an opening-weekend 8-point that tipped the scales at 224 pounds.

5. Brandon Capano: Some Maine bucks also sport pretty impressive antlers. While Capano’s buck “only” dressed out at 206, it has a 22-inch spread and 14 points.