Photo by Alamy With the element of surprise on its side, a ruffed grouse often wins its first encounter with... 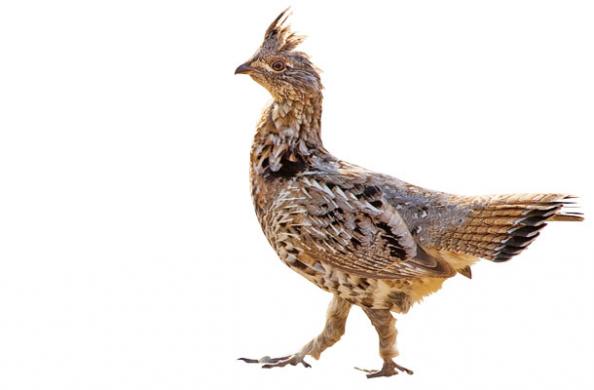 With the element of surprise on its side, a ruffed grouse often wins its first encounter with a hunter. What you do to find and re-flush that grouse can be the difference between walking home with a heavy game bag and a light one.

Don’t follow straight after a flushed grouse. The bird is watching its back trail, expecting danger from that direction. Instead, swing off to one side, loop around and ahead, and come back at the likely landing area from the opposite direction. Most ruffs fly only 25 or 30 yards in the thickest brush tangles, or 50 or so yards in a little more open cover, before landing.

If you don’t reflush the grouse on your return push, start making “cloverleaf” loops, with the bird’s suspected landing zone as the start and end points of your loops. If the wind was crossing, make your first swing downwind of the probable landing zone; ruffs like to veer with the wind at the end of a flight to foil predators’ noses.

Expect re-flushes from tree branches, where inexperienced or unpressured birds sometimes alight to watch their back trails.