Photo by Donald M. Jones Keith Jones is arguably the top small-parcel elk guide in Colorado. He perpetuates that reputation... 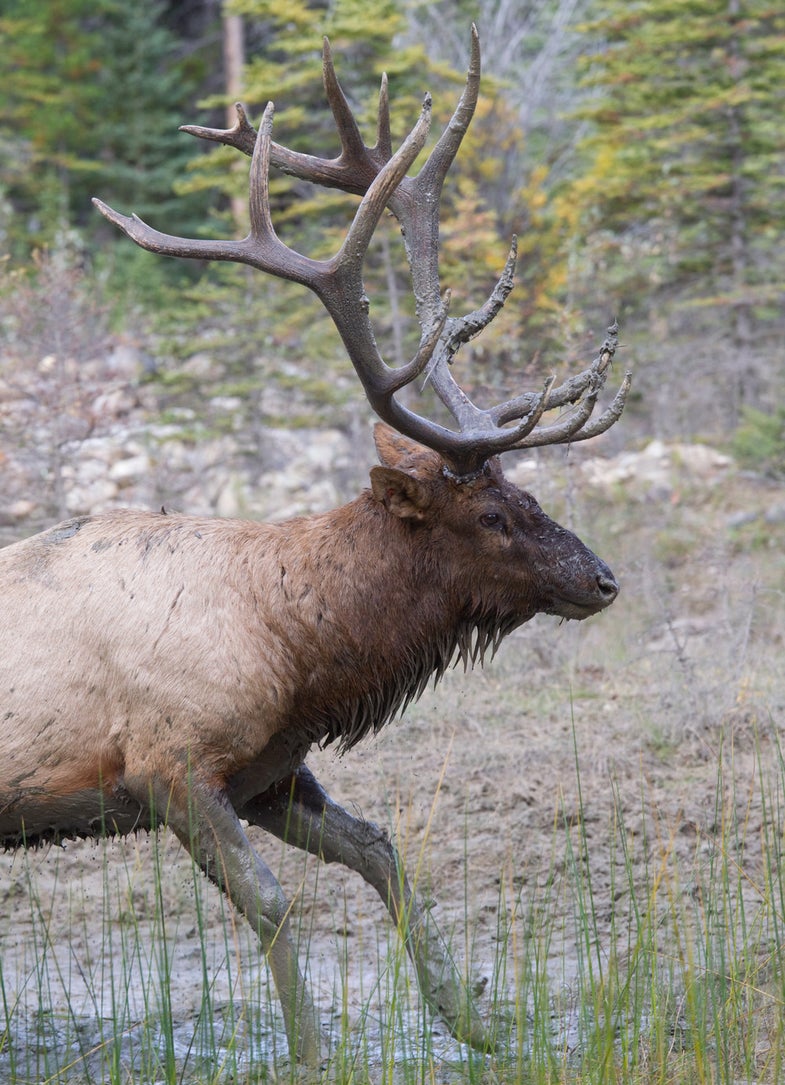 Keith Jones is arguably the top small-parcel elk guide in Colorado. He perpetuates that reputation by trading hiking boots for treestands.

Early in his nearly 30-year career, Jones hunted like everyone else. “We’d chase elk on foot with great success the first few days, then it would get real slow,” Jones says, as pressured elk moved away from the commotion on his 6,000-acre property. “I know that sounds like a large piece of ground,” says Jones, “but it’s not when three guides and six hunters are stumbling around, making noise and spreading scent.”

As success rates dwindled with each day of the season, Jones contemplated a more effective way to hunt. “We started doing some elk hunting from treestands, just trying to be less intrusive, and success came almost immediately.” Today, Jones hunts clients exclusively from stands, enjoying an unheard-of 80 percent success rate.

Aerial Intercept
Hunting from the treetops offers several advantages. Most noticeably, the playing field is not constrained by the terrain. From their lofty command center, hunters can make strategic calling decisions as they visually monitor elk movement and responses. It’s not unlike a game of chess, with animals moving about the topography.

Hunting elk from the treetops also affords spectacularly close encounters as elk move in, around, and under treestands, oblivious to hunters perched above. This alone can make stand hunting even more exciting than the elk ground game.

For primary travel corridors, Jones opts for hang-on-style ladder stand setups. Along these consistently productive routes, which can span a quarter mile or more, he places several treestand sets, sometimes several hundred yards apart, sometimes in neighboring trees. Scattering stands across the corridor lets the hunter choose a site that works with the wind direction and the precise path animals travel on any given day.

Clients go mobile only when necessary. Jones’ hunters use climbing stands when finicky animals unexpectedly change their travel patterns or when a new area is found with promising signs, and portable stands allow hunters to make minute location adjustments, sometimes just a few yards or a couple of degrees of angle (accounting for changing winds) to maneuver into the kill zone.

But climbing stands worry Jones because they introduce variables into his carefully calibrated strategy.

“We limit the use of climbers, as they can be noisy and some hunters aren’t used to them,” he says. Hunters are told to take their time climbing and move as slowly as possible, especially in the dark. “By moving slowly, you reduce noise and minimize movement. And kill more elk.”

Tricks of an Elk Guide
How does Keith Jones maintain such a high percentage of successful clients? With these time-tested methods.

Weather Eye: Because one wind-related misstep could drive elk from his small parcel for the season, Jones plans hunting locations according to pinpoint weather forecasts.
No Meandering: When hunters climb down from stands, they are instructed to walk directly to the pick-up site. They are forbidden to wander around the area.
Shoot and Wait: After a shot is taken, a hunter must remain in his stand until the guide arrives. By doing this, scent transmission is minimized.