The 6 Worst Guys to Hunt with in a Duck Blind

Don’t be that guy. Nobody wants to share a blind with one of these six shooters. Improve your chances of... 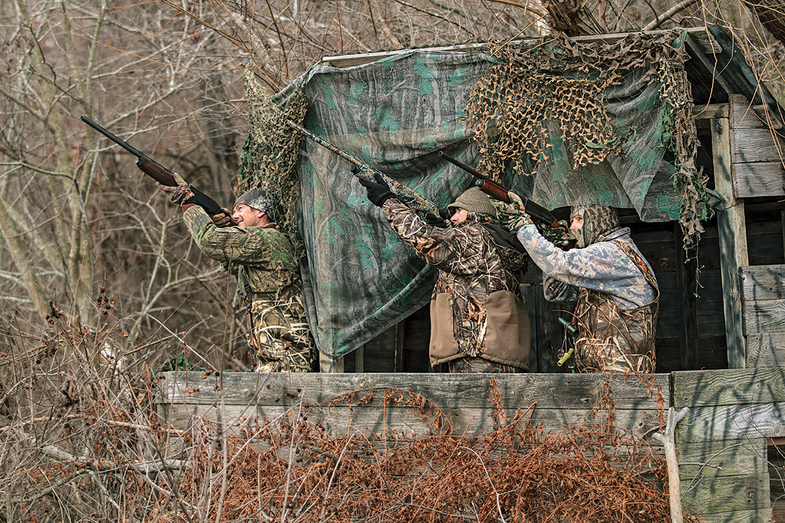 Don’t be that guy. Nobody wants to share a blind with one of these six shooters. Improve your chances of being invited back to hunt again by avoiding their faux pas.

1. The Flame Thrower
This person doesn’t understand the 10 o’clock to 2 o’clock window and tries to shoot ducks that belong to hunters who are closer to the action. The result is a flash of flame across everyone’s face that is as dangerous as it is annoying. In the summer, these people spend their time tossing their fishing lures across your line and creating enormous snags.

2. The Sky Buster
Is that a Remington 870 he’s shooting? Because he seems to think it’s a Remington 700 in .30/06, since he keeps taking potshots at birds that are so high in the sky, nary a steel pellet could ever reach them. And he’s ruining any chance that the ducks will circle back and offer us mere mortals a shot.

3. The Bad Gun Handler
In the excitement of the hunt, some people lose all sense of muzzle direction and safe gun handling. If you ever find yourself in the confines of a duck blind with this dope, either you need to make a quick exit or he needs to be ousted from your hunting spot right away. Keep that muzzle up and pointed in a safe direction!

4. The Loud Talker
Ducks will sometimes be drawn in to a hail or feeding call, but they aren’t keen on human voices. No surprise this guy’s usually boasting about how he shoots ducks at 50 and 60 yards. They’re the only ones that can’t hear his incessant jabbering.

5. The Jack-in-the-Blind
“Ducks? Where?” These words are usually followed by this goofball’s jumping up to get a better look at the incomers, which suddenly transform into outgoers. Stay put until the shot is called. And if you don’t have a face mask or paint, stop exposing your pale visage to the sky.

6. The Reed Splitter
Exactly what call is this guy trying to mimic? A waterfowl rave, where all the ducks are taking Molly? He needs to calm down with that call and stop frightening the neighbors—and the ducks. A little subtlety goes a long way toward shooting a limit.