Travel Advisory for Hunters: The Unanticipated Pitfalls of Flying with Firearms

If you’re fortunate enough to be flying across the country, or to another country, for a hunting trip, take heed:... 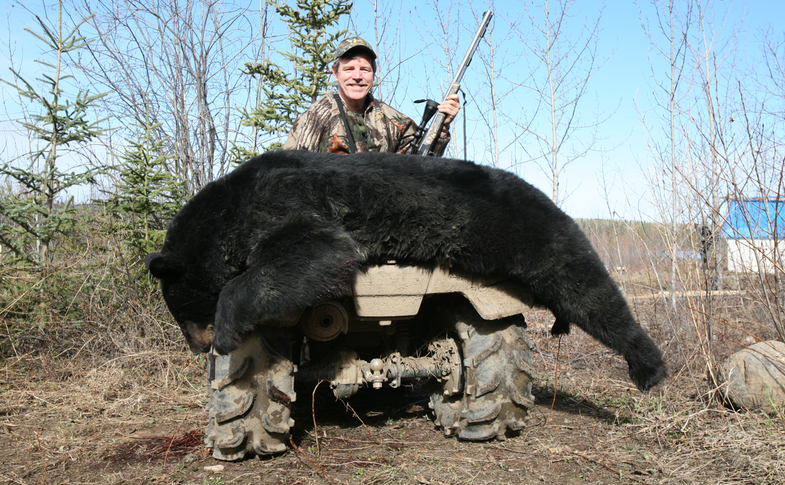 If you’re fortunate enough to be flying across the country, or to another country, for a hunting trip, take heed: Make sure that you’ve done all your homework with regard to taking guns on airlines and doing what you’re supposed to do to stay on the right side of the rules.

Hauling shotguns or rifles and ammo somewhere via commercial airline is not the same as putting your shotgun and shells in the trunk of your car and driving to Arkansas for a duck hunt. When you travel via public conveyance, you must abide by various requirements that are not always clear and don’t always make sense. If you don’t, it can get you in trouble.

I’ve run afoul of the law various times, albeit inadvertently and inconsequentially. It’s not difficult to do, but it’s also not illegal for a U.S. citizen in good standing to fly firearms for a hunting trip anywhere in North America. The first step of any such adventure should begin by boning up on the rules applying to the transport of firearms as they’re listed on the airline’s website, the Transportation Security Administration or otherwise the country where the hunt will occur. I’ll admit that there have been times when I get so caught up in the particulars of a hunt that I didn’t pay enough attention to the getting-there-and-back part.

BAD LUCK IN DENVER
Of course, no matter how meticulous and law-abiding a hunter is, stuff happens, without rhyme or reason, and you or your gun might part company. Consider my experience when I returned from a spring bear hunt to the Canadian province of Alberta.

Following the hunt near the Northwest Territories, I overnighted in Edmonton, the provincial capital, and went to the airport early the next morning for the trip home. I checked in with the airlines and had labels slapped on my clothes duffel and my gun case that indicated I was cleared to fly the friendly skies. I was told to keep the luggage and walk around the corner to the U.S. Customs and Border Protection check station, and then the Canadian Air Transport Security Authority (CATSA) check station.

The Customs guy looked at my paperwork, asked a few routine questions, then directed me to the CATSA checkpoint. There, I slung my duffel on one conveyor belt, where it passed in front of an X-ray and was viewed by an agent. I was told to take the gun case to another CATSA agent with another conveyer-belt X-ray setup. He checked everything and the gun case disappeared into the bowels of the airport where, I presumed, an attendant snatched it up and placed on the proper airplane.

Then I headed over to the personal security check line. Showed my boarding pass and passport. Did what I was told. Emptied my pockets, took off my belt, took off my shoes, placed my sunglasses and anything else with metal in a tray. Put my jacket in the tray with my cell phone. Walked through the X-ray when directed. No alarm. Showed my boarding pass again. Grabbed my stuff, put my belt back on, put my shoes back on, put my jacket back on, put stuff back in my pockets and went to the waiting room.

After flying to Denver, and transferring to another flight, I arrived home on time. When the plane reached the airport building, the door was opened and a gentleman in an airlines uniform came onto the jet. He spoke to the attendant, who pointed back toward me. The gentleman walked back to my row. He asked me who I was and then directed me to accompany him. I did. Other passengers looked at me and thought: oh-oh, this guy’s in trouble. Or so I thought. I started getting nervous.

“What’s this all about?” I asked him. “You’ll find out when we get in the airport,” he answered. “Who are you?” I asked. “The ground crew chief,” he answered.

When we walked through the door into the airport building, I saw a uniformed policeman and two guys in coats and ties. Something bad wrong at home, I thought.

The policeman introduced himself, and the plainclothes pair turned out to by TSA agents. “Did you take guns into Denver, Colorado from Canada,” one of the coat-and-tie guys asked me. “Sort of,” I said. “My slug gun and muzzleloader were on the same airplane that I flew on.”

“Why didn’t you check them in when you got to Denver?” the guy asked me. “Was I supposed to?” I answered. “Nobody told me to; is that something new? I was going home the same day, with an hour layover in Denver. I checked the guns in at Edmonton, through to home.”

“You checked them in at Edmonton? In Canada?” he asked. “What do you mean you checked them in at Edmonton?” I told him what I did in Edmonton that morning, right down to visiting with guys in uniform who had CATSA patches on their sleeves and everything. CATSA’s security procedures are accepted by the TSA, and vice versa. It was sort of the reverse of what I did going to Canada. I showed him the Canadian Non-resident Firearm Declaration form I filled out to take the guns into that country in the first place. They were inspected when I got there.

I didn’t have a U.S. Customs Form 4457, which is supposed to help you to get out of the U.S. and back in with firearms and ammo, because Canada doesn’t require it. At the time, U.S Customs didn’t enforce the 4457 rule for the return trip, though it does nowadays, I’m told.

At any rate, I showed the TSA guys my baggage claim receipts too. That was good enough for the policeman. He rolled his eyes and said, “This is some kind of mixup.” He walked away. All clear. When I asked about my guns, the TSA agent told me that they had been turned over to the Denver police. “I would like to have them back, sir.” “Can’t help you there,” came the reply. “That’s between you and the police now, but here’s a number to call.”

I left. I never argue with a TSA guy or anybody else who can make bad things happen to my guns or me. That’s rule number one. That evening, I spoke with a Denver detective who explained to me that I would either have to return to Denver and get the guns, or have some one with a Federal Firearms License (FFL) pick up the guns and then mail them to an FFL holder in my hometown, from whom I could reacquire the guns. Not desiring to return to Denver at that particular time, I chose Option 2. The gun department manager at a local sporting goods store faxed the FFL to Denver. A couple of weeks went by. I kept checking with my buddy at the store to see if the guns had arrived. Nope. I got a card from the Denver police that notified me that all property not claimed within 30 days would be disposed of, which means my guns might be destroyed.

I got nervous. I called one of the two TSA agents who met me at the plane, and asked if he could do anything to buy me some time. He commiserated; we talked about what a dirty, rotten shame it all was, and the unfortunate fact that it was out of the TSA’s hands. “Try the airlines,” he advised. “I don’t see that happening,” I told him. “It doesn’t have a horse in this race.”

I called the property release unit at the Denver Police Department and spoke to Pam, the nice lady who runs it. I was given the wrong information originally, she informed me. Denver Police doesn’t send guns to an FFL holder; guns are sent to a local police agency, and can be picked up there. I called the Shelby County (Ala.) Sheriff’s Office a little more than a week before D (Disposal) Day and asked if they would accept the guns. Sure, no problem, I was told.
The deputy called Pam, to whom I had just faxed copies of the Canadian Non-resident Firearm Declaration so she could be certain I wasn’t a gun smuggler. That established my bona fides with Pam, and the deputy assured her that I would be checked out thoroughly before anybody put guns in my hands.

Finally, a few days later I drove to the Shelby County Sheriff’s Department and picked up my guns, a 12-gauge Remington 11-87 and a Remington .50 Genesis muzzleloader. To this day I don’t know why or how the guns wound up in the Denver Police Department’s property room. The TSA didn’t waste its time trying to find out for me, and nobody else was in a position to know. Pam did say that the same sort of thing befalls a lot of hunters who pass through Denver, usually during the fall and winter seasons. Hunters travel to and from Canada or Mexico, and the Denver Police Department sometimes winds up babysitting their guns at the behest of the TSA, according to Pam.

The moral of the story is to do your part to make sure you’ve crossed all the Ts and dotted all the Is with regard to airline requirements, TSA rules and another country’s laws relating to the transportation of firearms, ammo, hunting knives, percussion caps, Pyrodex, lithium batteries, etc. If you don’t, bad things can happen.

And even if you do, bad things can happen. No joke.