Photo by Mitch Kezar/Windigo Images I saw it weave left, slip right, then disappear through the auburn treetops. It’s not... 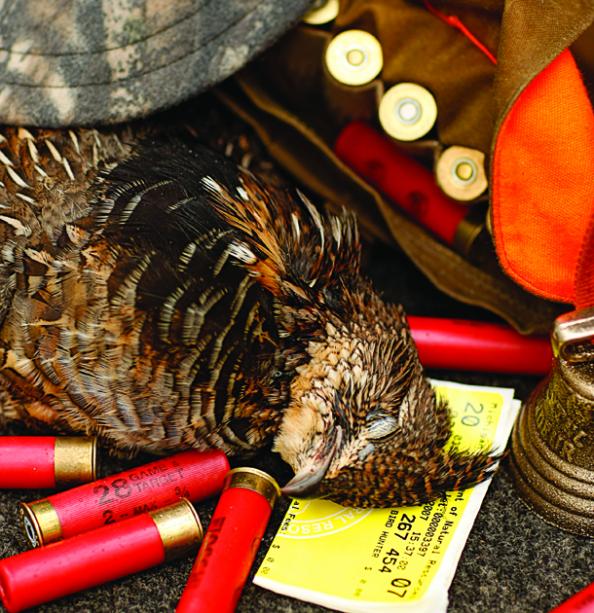 I saw it weave left, slip right, then disappear through the auburn treetops. It’s not often you get such a clear look at an escaping grouse during the early weeks of the season, but there I was, frozen as the bird slipped through the prettiest shooting lane I’d see on the entire trip. I never pulled the trigger.

My excuse was that I didn’t want to shoot a bird that hadn’t been pointed by the dog. The embarrassing reality is that I’d been caught off guard. It was my first grouse hunt, and I wasn’t prepared for the surprise of the flush. That was a tough lesson, but it wasn’t the only one I learned during that trip to the hallowed grouse and woodcock coverts of Wisconsin’s north country. Here are some more hits and misses that, if you’ll consider before you reach the woods, should help you bag more early-season birds.
**
HIT – Being Aggressive**
There’s no place for methodical shooting when hunting grouse and woodcock. There’s no time for the shot to develop, as with long, loping shots on the sporting clays course. Grouse and woodcock are fast, and they live in dense cover. But you don’t have to be a snap shooter to be successful. You just have to be aggressive. When the dog goes on point, you should have nothing on your mind but finding that bird. The sooner you see it, the sooner you can move for it. Visualize beating the bird to the treetops with your gun.

MISS – Walking To The Point
When a dog goes on point in an early-season slash, you need to move quickly. The pointer I hunted behind wore a beeper collar that gave an audible alert when he went on point. My mistake was first trying to find the dog with my eyes instead of immediately walking toward the sound.

HIT – Going Off Trail
We started our morning busting brush with the dog and moving birds, but by midday got lazy and stayed on mowed walking trails, letting the dog do all the work. The result was a half dozen points in cover that we couldn’t reach in time. Our hunt picked up tremendously in the afternoon, when we got back in the brush.

MISS – Misjudging Range
Twice I flushed grouse that I thought were out of range, although they were visible, only to realize afterward that they were makeable shots. Part of the fault was how I prepared. Before the trip I had practiced mostly fast, outgoing targets thrown from a few yards in front of me–textbook fast-flushing bird presentations. I was visualizing those shots in the field, and when birds flushed from farther away, I had the impression they were out of range. Before this season, I’ll practice at longer ranges.

HIT – Starting With The Gun Up
A solid ready position is a key to hitting fast-flying birds. It gets your body and eyes ready to make a quick, efficient move. When I moved in on birds with the stock up under my armpit and the barrel pointed forward, I shot much better.

MISS – Relaxing After The Flush
Grouse and woodcock might not covey up like quail, but they do often travel in close proximity to each other, especially where there’s a good food source. I saw this first-hand when we flushed three pairs of grouse over the course of a day. So when a bird flushes out of range or doesn’t offer a shot, don’t drop your guard. Be ready for another bird to flush.