How to Call Fall Bears with Prey Distress Calls 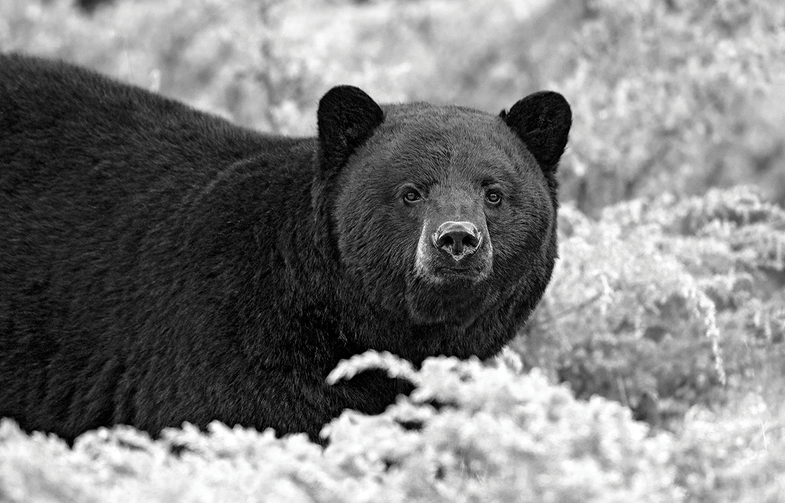 Tom Anderman from Mt. Pleasant, Mich., spent his Upper Peninsula bear hunt sweltering over a bait site on unseasonably warm September afternoons and listening to coyotes howl in the distance.

Bears were hitting the bait, but always after dark. So on the last day of his hunt with Wild Spirit Guide Service, Anderman decided to use a dying-rabbit predator call to try to entice a coyote into range.

He squealed three times every half hour. No coyotes came in, but toward evening a young black bear ambled into range. Half an hour later, a much bigger bear appeared, ears cocked to the sound of the wounded rabbit. Anderman killed the bruin, which had a live weight of 483 pounds and dressed out at 412.

CALLING BEARS
A call that imitates the screams of a dying rabbit or a fawn in distress can be the key to filling a fall black bear tag anywhere bears are hunted in North America. As bruins search for as much food as possible to build fat reserves for the coming winter, they are frequently willing to take advantage of what they perceive to be an easy meal. The path to success is setting up within earshot of a hungry bear.

The ideal scenario for calling is when you spot a bear that’s beyond bow or rifle range and you want to bring it closer. If the bear responds favorably, keep it up as much as possible, especially if the animal goes out of sight. If you must take a break from calling to catch your breath or reposition, don’t pause for long. Bears tend to lose interest fast once the sound of a promising meal stops.

Where terrain isn’t open enough to spot bears at a distance, scout for natural food sources such as fruits, nuts, and berries. If you find bear sign, set up downwind early and late in the day, and try cold calling. Black bears also love corn, oats, and other grains, so calling in the vicinity of fields that are being raided by bruins can be effective, too.

Where it’s legal to hunt bears over bait but the bruins are only feeding after dark, calling, as Anderman did, might be the trick that’s needed to get a shot during legal shooting hours.

To avoid being caught by surprise, call from a treestand. Or if you’re hunting on the ground, pair up with a partner and sit back-to-back. If both hunters are bowhunting, carry pepper spray or handguns for backup. When you’re in grizzly country, try to call where you are least likely to attract a grizzly, but be prepared in case one shows up. Stop calling immediately if you see a grizzly approaching.