Would you give up a potential world-record fish on a matter of principal? Michael Roth did it without hesitation and... 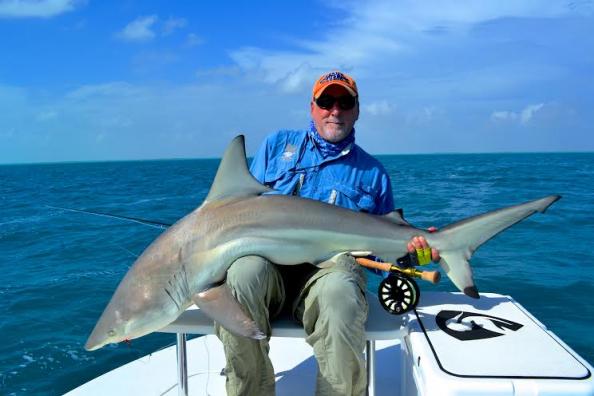 Would you give up a potential world-record fish on a matter of principal? Michael Roth did it without hesitation and I admire him for doing so.

Roth landed a huge blacktip shark during a fishing trip to the Turks and Caicos this past January. Many believe the shark would have weighed more than 120 pounds. But as weighing the animal — which is required by International Game Fishing Association in order to qualify for a world record — would have meant the death of the beast, Roth released the fish unharmed.

“While I would love to be a world record holder, the thought of killing this beautiful animal was completely abhorrent to me,” Roth told David Shiffman of Southern Fried Science. “I felt so fortunate to have hooked and landed this spectacular fish. Killing it was always out of the question. Releasing this fish, and for me all fish, to keep the species healthy is a top priority for me. I always encourage all anglers to catch and release.”

Roth caught the shark with a fly rod with M-10 KG line hooked with a red and orange fly. The previous record holder blacktip shark caught on a fly rod weighed 77 pounds. If the weight estimate of Roth’s shark was accurate, he would have beaten the old record by more than 43 pounds.