One of the bad things about being a billboard designer is that your mistakes are blown up… well… as big... 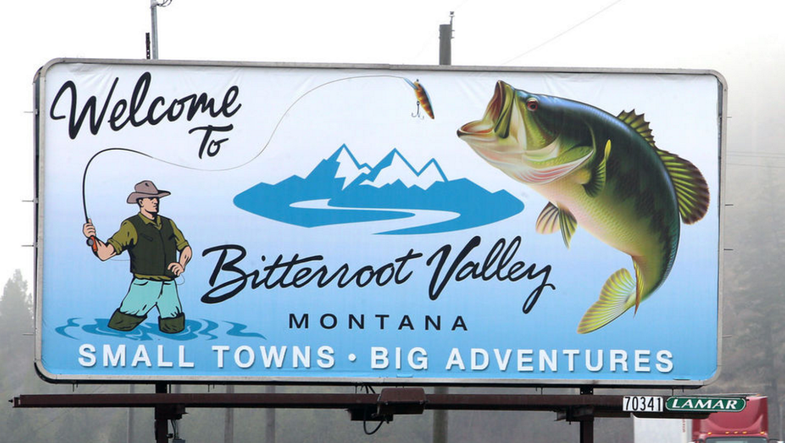 One of the bad things about being a billboard designer is that your mistakes are blown up… well… as big as a billboard.

The trouble, according to an article in the Missoulian newspaper, was that neither the promoters nor the billboard designers were anglers. So the billboard went up featuring a largemouth bass leaping for a plug, instead of a rainbow leaping for a Royal Coachman.

The billboard was greeted with the sound of local fishermen slapping their foreheads. “It’s beyond comprehension that someone would make that kind of mistake,” Dale Burk, a longtime Bitterroot fisherman told a local reporter. “If we were in Arkansas, it would have been fine.”

The people behind the billboard say they’ll fix it as soon as possible.

Truth be told, there are a few largemouth bass eking out a living in the cold, rushing waters of the Bitterroot. But in western Montana, cold-water fisheries are king.

You can find a photo of the billboard over at __the Missoulian.