A family fishing trip turned into an unexpected state-record flathead, though the fish will never go down in the recordbooks 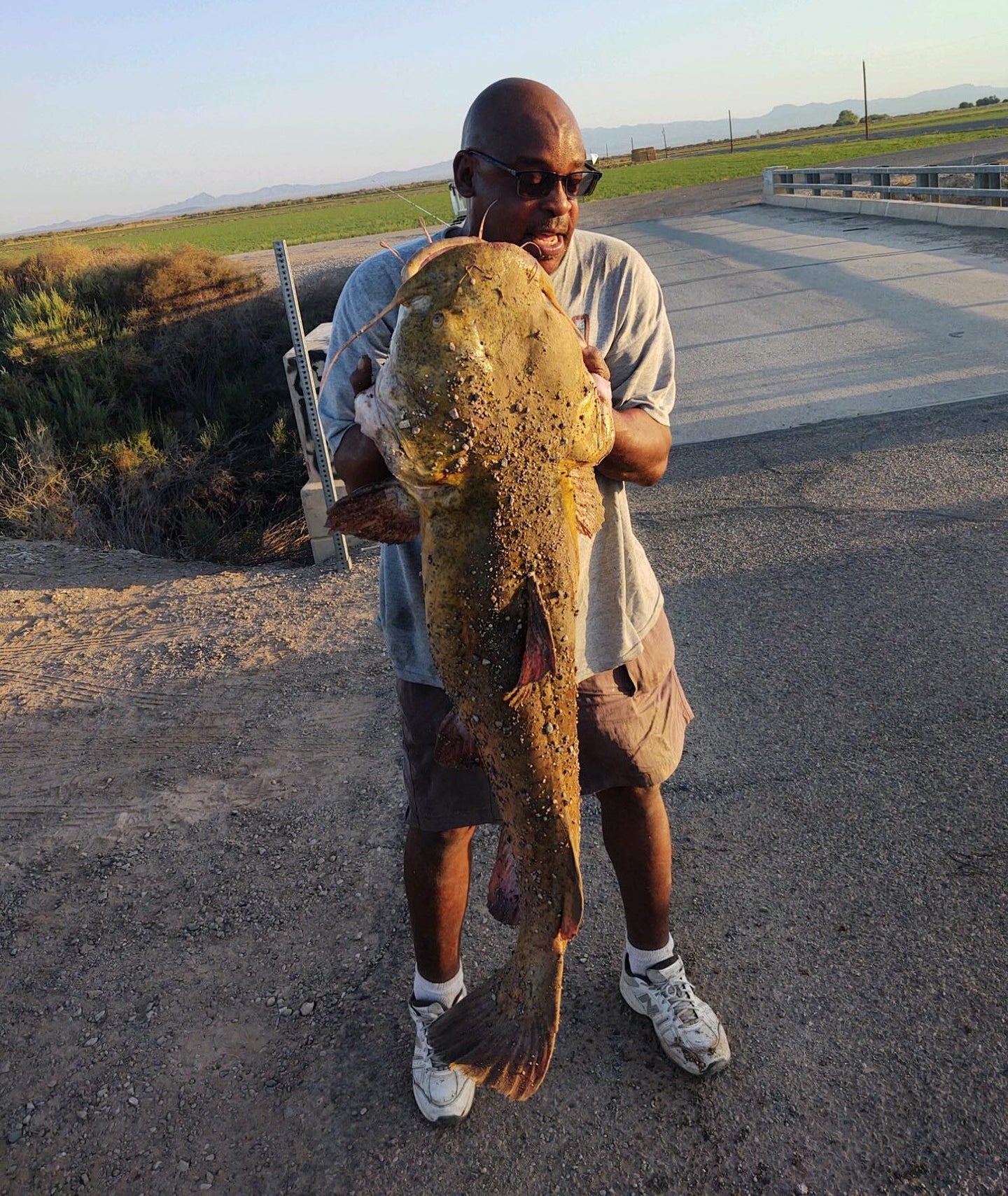 This giant flathead weighed 79 or 80 pounds, but its weight was not verified by officials. Mark Henry
SHARE

Mark Henry was fishing on Sept. 11 with his uncle Steve Cooper at a quiet spot in Parker, Arizona. The fishing trip had been planned for a month, and it was already a success with several bass, catfish, and panfish caught and on ice for a family fish fry. Cooper was using a live bluegill for bait when he hooked something bigger than expected

“I fought him for a good half an hour, and he got my blood racing several times,” Cooper told ABC-TV 15. Finally, Cooper hauled onto land a monster-size Arizona flathead catfish almost too big to believe.

“We’ve been catching big fish at that place] a long time but I think this one set the family record,” said Henry, a 33-year-old behavioral health technician from Mesa, Arizona.

“We know we’re gonna catch something [at Parker], but I didn’t know Moby Dick was coming up,” said Cooper. The 55-year-old now lives in Downey, California, where he works as a boiler operator. The Arizona flathead catfish record is 76 pounds, and the anglers wanted to check their fish’s weight to see if may be a record. On several scales, including a Rapala digital model, the giant 3-foot long catfish weighed 79 to 80 pounds.

It was likely a state record, but the anglers were fishing during a family weekend, with lots of folks planning on fried fish. So the big cat wasn’t weighed according to record book rules.

“We didn’t get it certified, but it’s fine with us,” said Henry. “We just want to have a good time and eat some good catfish, that’s all.”

“It’s touching when you can experience this with your family members like that,” said Cooper.

Read Next: Illinois River Fish Are Now Safe to Eat for the First Time Since the 1970s

The family’s special fishing hole has been passed down through three generations, starting with Cooper’s father, who discovered the spot as a trucker more than three decades ago.

“He was driving tractor-trailers through there and he saw all the water, so one trip he took a rod with him, he caught fish,” said Cooper. “I’ve been going down there since I was knee-high to a duck,”

“We’ve been going ever since to carry his legacy out,” added Henry.