If officials can’t find replacement stocks, the outbreak could take a major toll on the summer fishing season 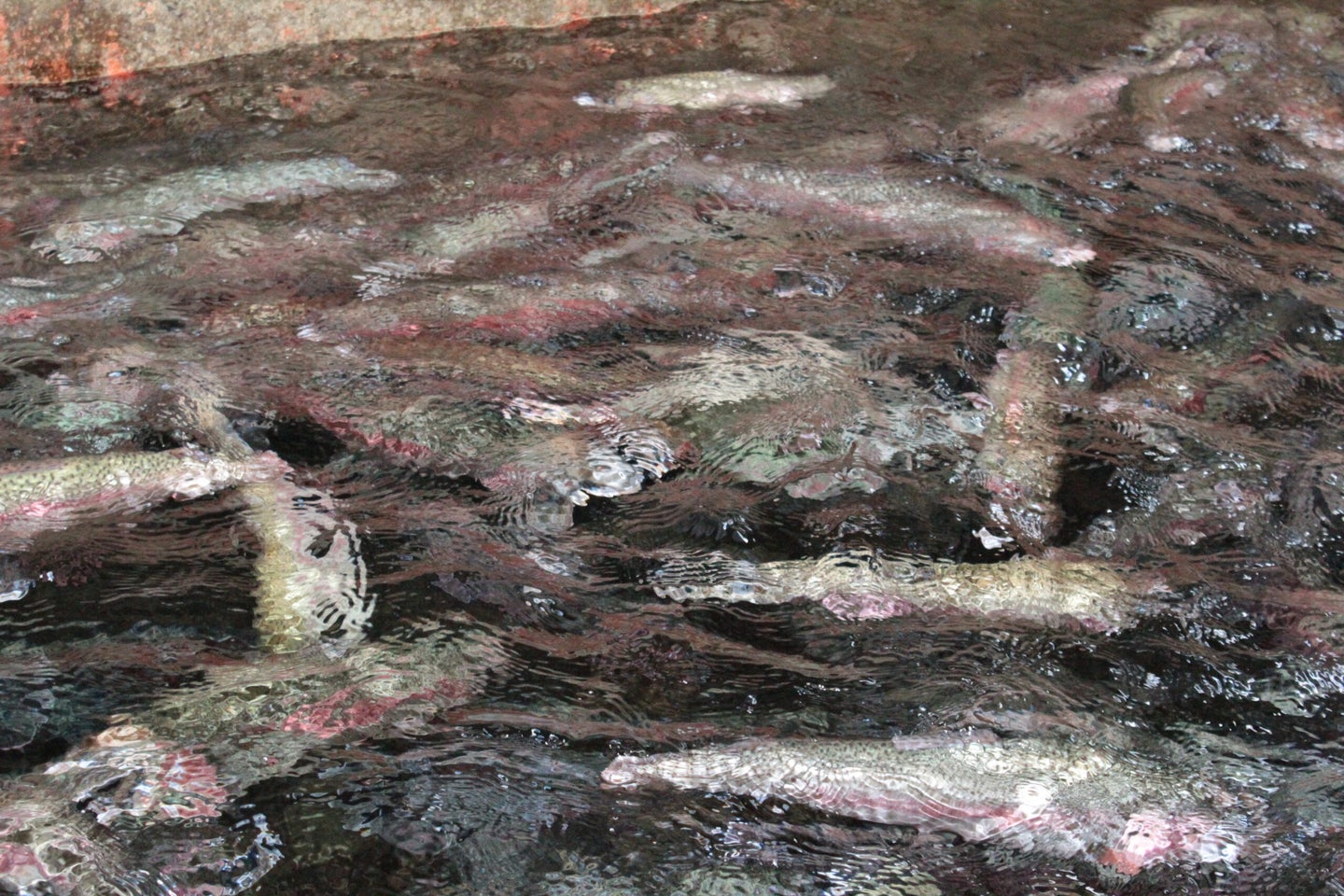 Hundreds of thousands of hatchery trout will be euthanized due to a bacterial outbreak this summer. Ennis NFH / USFWS
SHARE

Two California fish hatcheries have confirmed the outbreak of a deadly bacterial disease, prompting California Department of Fish and Wildlife officials to announce that 350,000 infected rainbow trout will be euthanized.

The two fish hatcheries, Black Rock and Fish Springs, are located on the front range of the Eastern Sierra. The facilities provide stocked fish for anglers in California’s inland desert region, including five California counties.

“This loss is a huge disappointment, but we were prepared for this possibility and are doing all we can to ensure continued angling opportunity for the public,” said CDFW fisheries supervisor Russell Black.

To limit the outbreak’s effect on the summer fishing season, the CDFW is attempting to partner with external vendors to stock trout from other areas of the state. Fisheries managers are prioritizing efforts to stock some of the affected counties, such as Mono County, which includes Mammoth Lakes, California, a major fishing destination. The agency hopes to find a stocking partner by the end of July.

“The fish from the private contractor and stocks from non-infected hatchery facilities will help bridge the gap while we work to vaccinate the remaining stocks at the affected facilities,” says Black. “We are doing all we can to stock as many fish as possible.”

In 2020, the same two hatcheries, along with the Mojave River Hatchery, encountered a different strain of Lactococcus, which caused officials to euthanize 3.2 million fish. Although the strains are similar, CDFW detected the version of the bacteria causing this year’s outbreak for the first time this April.

The symptoms of the bacterial disease include bulging eyes, lethargic and erratic swimming, and death. Infected fish can also be asymptomatic, but symptoms are more prevalent when the waters in the facilities reach high temperatures or populations become too crowded and stressed. The disease is not known to transfer to humans.

“What is unusual about this outbreak is that this pathogen is new in California,” CDFW environmental program manager Kenneth Kundargi told LA Magazine. “The bacteria is known to be present in the U.S. but to date has only been identified in a handful of aquaculture facilities.”

Lactococcus petauri is a naturally occurring bacterial disease known to spread through the movement of fish and eggs. Officials believe the current strain affecting the two fisheries was transferred by birds using the Pacific Flyway, coming up from central Mexico, where the disease is commonly found.