Is This the Biggest “Goldfish” Ever Caught?

An angler from the UK caught the 67-pound, 4-ounce carp hybrid from a well-known private lake in France 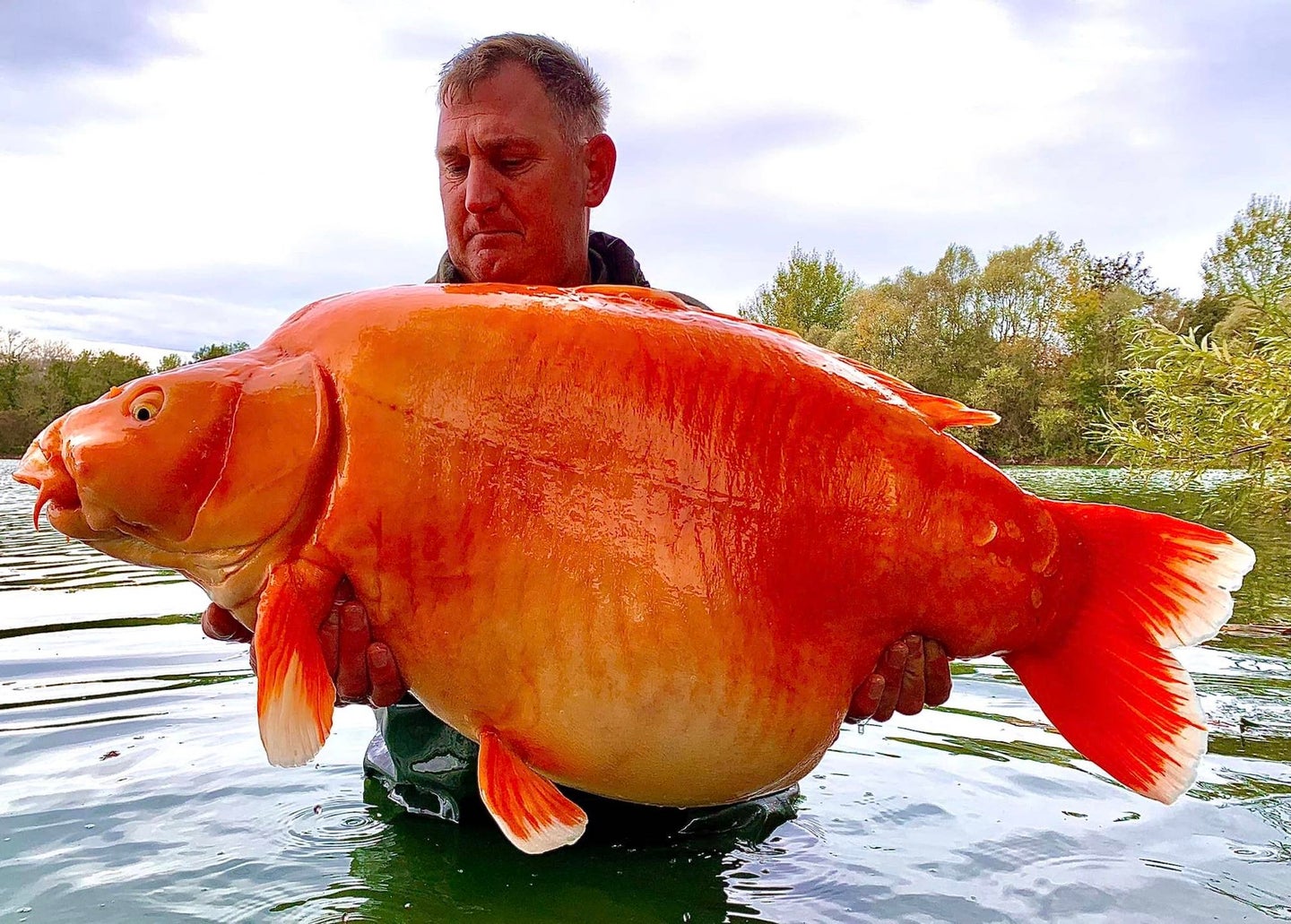 British angler Andy Hackett reeled in a gigantic goldfish look-alike earlier this month that could potentially go down as a new world record, according to the New York Post. Nicknamed “The Carrot”, the 67-pound, 4-ounce fish has become the stuff of legend at Bluewater Lakes, a well-known and privately owned carp fishing lake in the Champagne region of France.

“I always knew The Carrot was in there but never thought I would catch it,” Hackett told the Daily Mail earlier this week. “It was brilliant to catch it, but it was also sheer luck.”

Hackett was bait fishing when hooked the elusive fish on Nov. 3, although it’s unclear what type of bait he was using at the time. He landed the giant after a 25-minute battle, and then released the fish into the lake after it was weighed and photographed.

Jason Cowler, the fishery manager at Bluewater Lakes, told the Daily Mail that they originally stocked the bright-orange fish about 15 years ago to give customers something different to catch. (Billed as “France’s premier carp fishery”, the small, managed lake is home to several different carp species, with some fish topping 90 pounds.) The fish is now believed to be around 20 years old.

A hybrid between a leather carp and a koi carp, “The Carrot” is not technically a goldfish (Carassius auratus), which are a separate, smaller species of carp native to eastern Asia. However, the term “goldfish” is often thrown around by anglers to describe bright-orange carp that look like their aquarium-dwelling cousins. As an example, the fish that is currently considered the “world’s biggest goldfish” turned out to be a uniquely colored bigmouth buffalo. That fish weighed 38 pounds, and was pulled out of Brainerd Lakes in Minnesota by Jason Fugate in 2019.

The International Gamefish Association, on the other hand, is much more specific when it comes to species records. (Neither Hackett nor Fugate actually submitted their fish to the IGFA as a potential world record.) The IGFA lists the current all-tackle world-record goldfish as a 9-pound, 6-ounce fish that was caught in Lindo Lakes, California, in 2002.

Taxonomy aside, “The Carrot” is gaining plenty of fame on social media, where hundreds of envious carp anglers have since congratulated Hackett for his catch.

“And there she blows, Carrot popping up to say hello, what an absolute beauty she is,” wrote one commenter on Facebook. “Dream fish right there, mate.”