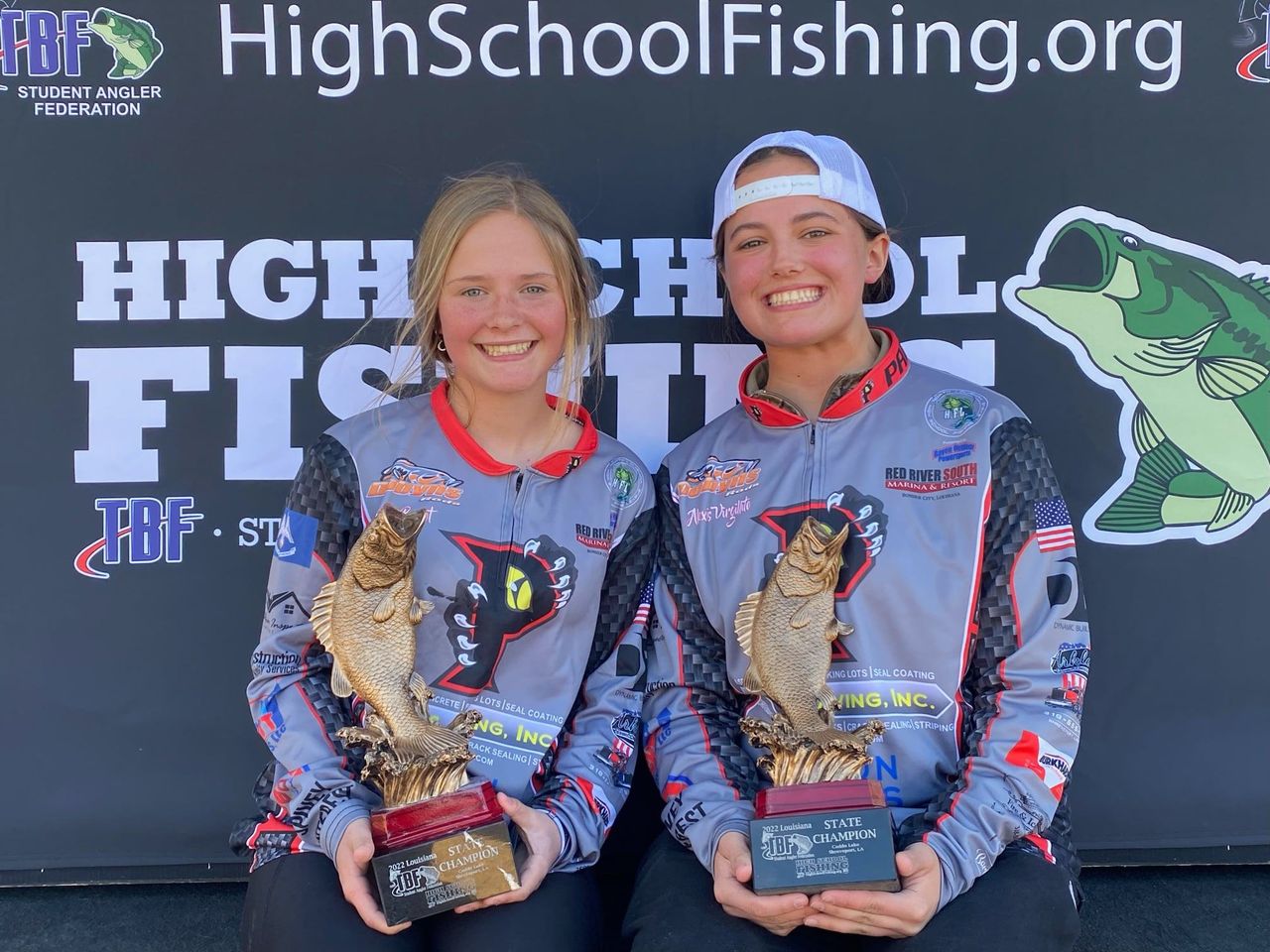 In their first high school bass fishing tournament of the year, eighth-grader Alexis Virgillito and freshman Taylor Bacot didn’t catch a single fish. Weeks later, at Louisiana’s state tournament on Caddo Lake in Shreveport, they set a goal of bringing at least one fish to the weigh-in. Instead, the girls reeled in five keepers within the first 30 minutes of the tournament and weighed in a total 30.3 pounds (with a five-bass limit), becoming the first female duo to ever win a high school state fishing tournament in any state.

“They zeroed at Toledo Bend, which is the very first tournament of the year,” Alexis’s dad Brad Virgillito told Southern Living. “We set a goal for Caddo, for the state championship, to just bring a fish across the scales and not zero.”

Both girls started fishing at a young age and are seasoned anglers. They were in a slump going into the tournament, but at state, they caught five fish totaling 25 pounds within the first half-hour. The bite continued to heat up for the pair from Parkway High School. They kept pulling more—and bigger—fish in, swapping smaller bass for larger ones. At the end of the tourney, Virgillito and Bacot had over 30 pounds of fish, beating out 108 other teams to win the title.

“I told them, ‘If y’all don’t win today, I don’t know when y’all are going to win. But y’all did something that most grown men will never accomplish in a tournament in their life,'” Brad Virgillito said.

After winning the state title, the girls entered the North Louisiana High School Fishing League tournament on March 26, and promptly won it. The tandem totaled 17.71 pounds and Virgillito landed the biggest bass of the tournament, which weighed just under 10 pounds. Virgillito and Bacot now move onto Lake Pickwick in Florence, Alabama, where they will compete for the high school national championship on June 22-25.

Read Next: The Three Baits I Used to Win the Hobie Bass Open Series Tournament of Champions

“The girls’ goal every tournament is just don’t zero,” Brad Virgillito said. “But we always tell the girls, ‘A lot of people might beat your records, but there’s no one that’s going to take away the title of being the first to ever do it.'”