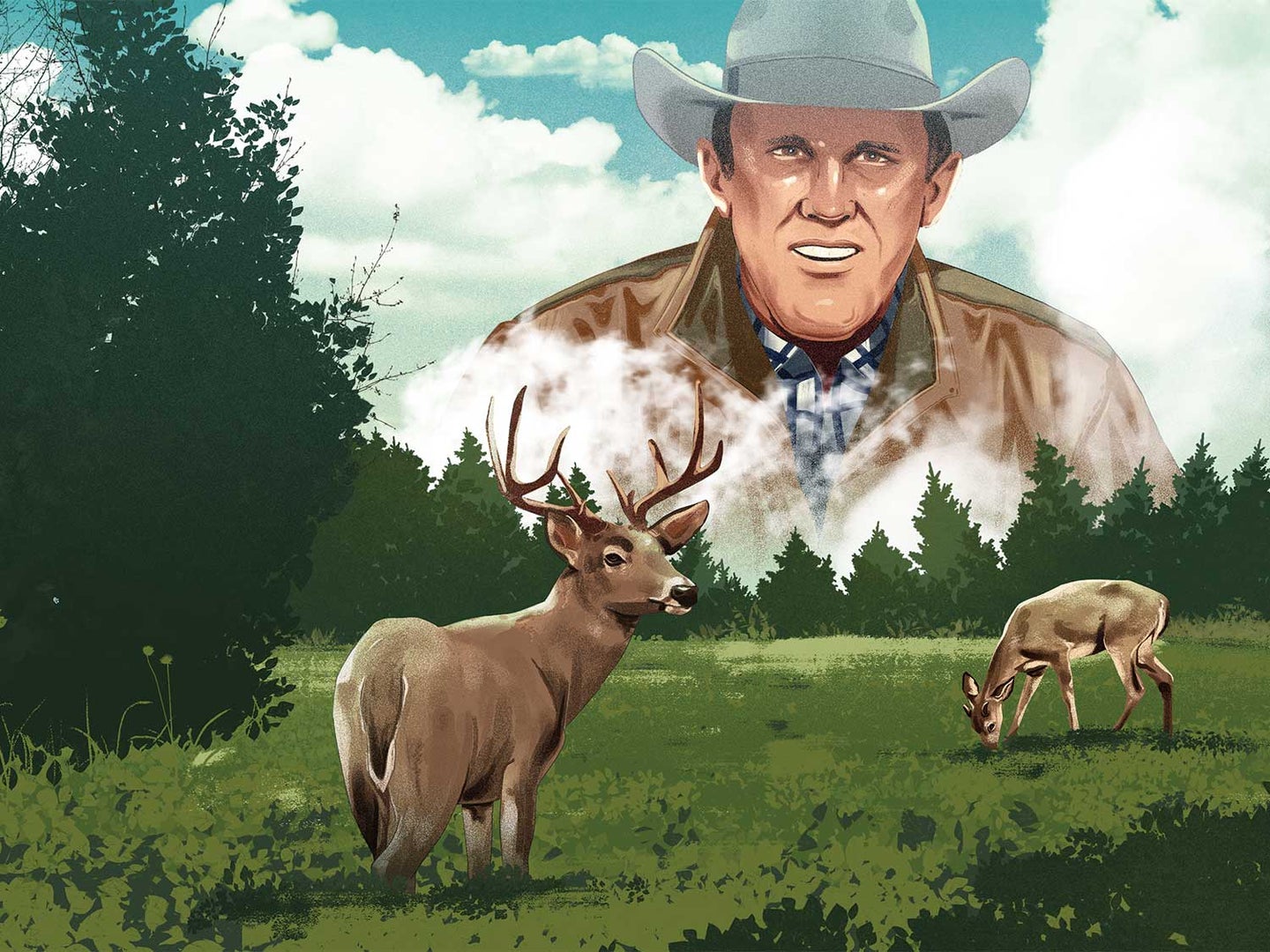 Ray Scott has passed at the age of 88. Jonathan Bartlett
SHARE

Outdoor Life and Bassmasters’ Ray Scott will always be inextricably linked. That’s why when news of Scott’s passing came into the OL news desk, it was especially somber news. Scott, best known as the founder of the first national professional bass-fishing circuit in 1967 and B.A.S.S. — which remains as the world’s largest fishing organization — will forever be remembered.

When you’re a 20-something associate editor at Outdoor Life magazine and the bombastic Ray Scott, founder of Bassmaster, is talking, you listen. His old brown Stetson hat entered the room before he did. In his hand was a small pile of tiny blue-and-yellow pellets, and he was talking about something called “food plots.” In the late 1980s, the term was wholly unfamiliar.

“Clover,” said Scott. “Whitetail deer love clover. Plow, lime, and fertilize a piece of ground. Plant these seeds and you will grow bucks with bigger antlers.” I scoffed inwardly. I’d never heard of such a thing.

But Scott and editor-in-chief Clare Conley hatched a grandiose plan right there in New York City — many miles away from any sort of tillable ground — that would forever change the path of whitetail deer hunting. Readers would be offered the chance to get a sample packet of clover seed in an upcoming issue by calling a toll-free phone number. Food plotting was born.

Read Next: The Origin Story of Food Plots for Deer Hunting

“Oh, I remember it,” says Whitetail ­Institute senior advisor Steve Scott, Ray’s son. “When the story hit offering some free seed, Ray was on the farm. The phone lines blew up and he started pulling people off of tractors and out of the fields to work the lines. That, essentially, was the beginning of serious food plotting. In many respects, it changed the course of everything.”

So, even as Ray Scott was in the midst of revolutionizing tournament bass fishing, he was also changing the world of deer hunting forever. And that is how I will forever remember Ray Scott.