Danny Goldammer nearly died from COVID, but made it back to the deerstand this fall and killed the buck of his life 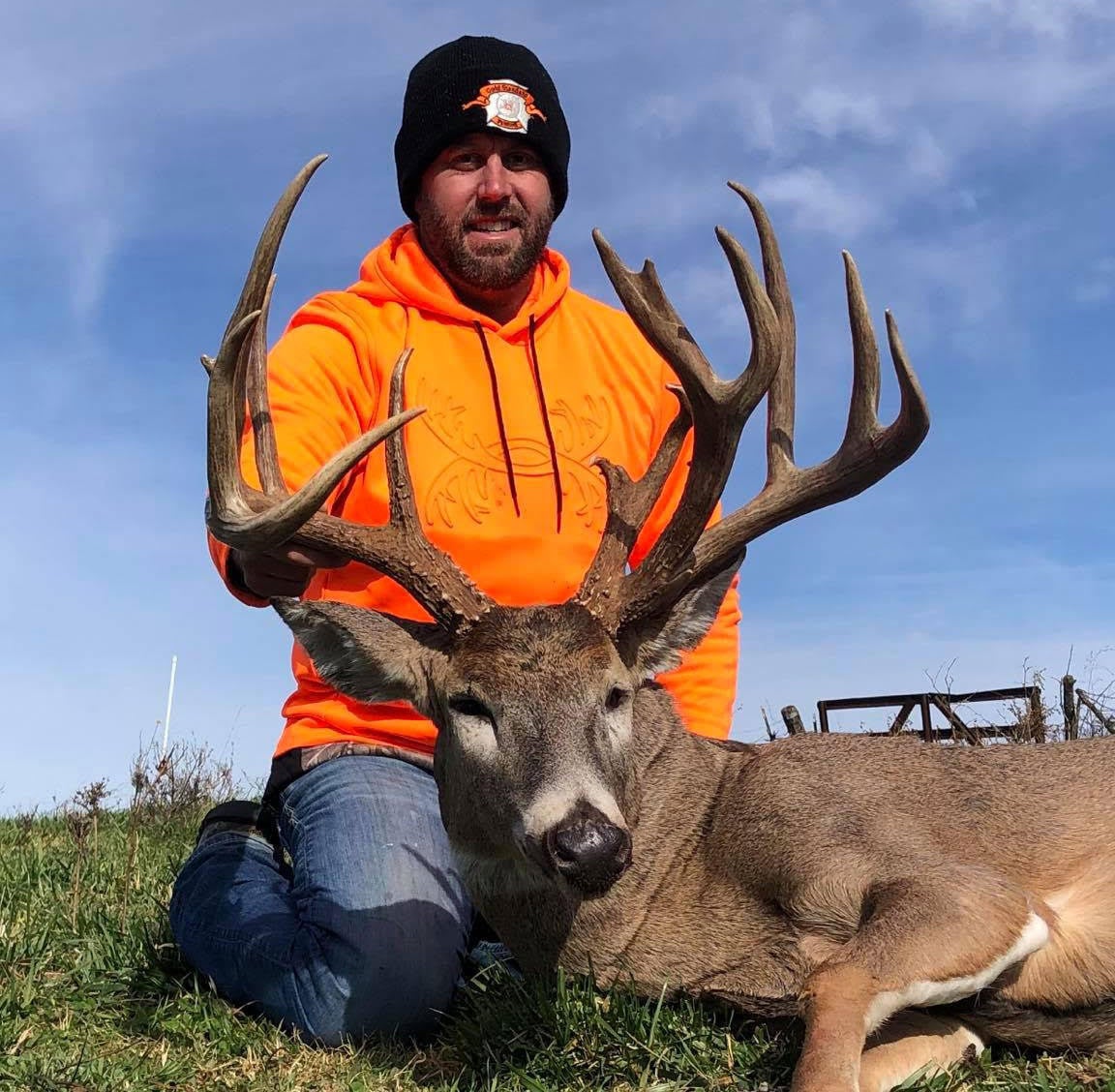 Danny Goldammer, 36, contracted COVID-19 in Feb. 2020 and was in ICU for a week, before moving into daily recovery for four months. This deer season he returned to hunt a private 200-acre central Missouri family farm he has shared with buddies for years.

“My hunting buddies decided that a buck we dubbed ‘Tiny Ten’ was going to be my deer this year, because I was so sick I almost died last winter,” says Goldammer, who owns a painting business. “We’d seen the deer for years, and called him Tiny Ten when he was 2.5 years old because he had a very small 10-point rack. But last season he grew up, and was about a 150-inch [deer]. I passed him on opening weekend of gun season. And my buddy Tyler Turner passed him earlier in archery season, which was good because Tyler ended up arrowing a 170-inch buck last year.”

Before dawn on Nov. 13, 2021, Goldammer and his hunting pals were in their treestands. At 9:30, Turner shot a coyote, got out of his stand to check the animal, and head back to camp. While kneeling to look over the coyote, Turner spotted a doe and on her trail was Tiny Ten, who had grown into a giant buck.

Turner texted Goldammer about spotting the buck, which headed into a large hollow in the farm’s core that all the hunters knew well. Goldammer immediately climbed down from his stand and walked about a half-mile around the hollow to come in downwind of where Tiny Ten had been spotted.

“I’d seen Tiny Ten in the hollow several times previously, and I knew he bedded on the far downwind side so he could watch and wind everything in the hollow,” said Goldammer. “So I circled the hollow and came in from downwind to see if he was there.”

Goldammer sat down again, then heard deer running, and spotted a big buck and does loop around him and take off through the timber.

“I thought I blew my chance at Tiny Ten,” he said. “But I slowly convinced myself that maybe Tiny Ten was still there, and the buck I’d seen running with the does was a different big deer.”

“He was still laying in the same spot, and I could see his whole body,” Goldammer recalls. “That was the most exercise I’d had in 10 months following COVID, and I was excited and breathing heavy. So it took a few minutes for me to calm down, get a good rest with my rifle on a boulder, and settle my scope’s crosshairs on him.”

He squeezed his shot while the buck was bedded, sending a 130-grain Barnes ballistic tip bullet from his Savage .270 through the deer’s lungs and liver. The buck leaped up and away, but staggered and fell dead only 50 yards from where he’d been hit.

Read Next: What All Hunters Need to Know About Coronavirus in Whitetails

His buddies Turner, Kyle Oelklaus, Mike Knudsen, and his dad Steve Goldammer soon arrived to help Danny load the buck for home and the taxidermist.

“It’s been a wild ride with COVID nearly taking me, and now collecting a buck of a lifetime like this…thanks to great friends working together to help,” said Goldammer.