Is It Ethical to Shoot a Deer in Its Bed?

To me, defining fair-chase hunting ethics is a little like defining pornography: It can be hard to say exactly what... 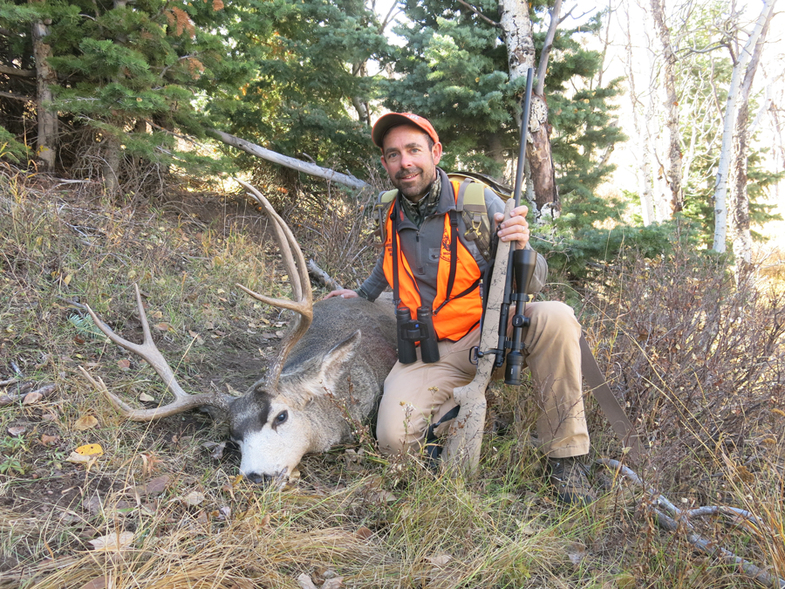 To me, defining fair-chase hunting ethics is a little like defining pornography: It can be hard to say exactly what it is, but you know it when you see it.

Or, in the case of fair chase, you know it when you don’t see it. What I mean is that it’s far easier to detect when a hunter has an unfair advantage over a wild animal than it is to determine what is fair pursuit.

My personal definition of “fair chase” is behavior that allows a wild animal a decent chance to escape my pursuit. That’s what makes hunting so exciting to me: it’s a toss-up whether my knowledge and technology will prevail over an animal’s instincts and ability to hide and flee. Over the past week, the Montana deer I’ve been hunting have had the advantage.

But last month in Utah, I prevailed. I shot this tall-racked mule deer in his bed at 352 yards with a Montana Rifle Co. rifle chambered in .280 Ackley Improved. I had spotted the buck at sunup, but didn’t have a decent shot. So I watched him bed with the rest of his herd, then I moved, got the wind right, and approached his bedding area from a different direction. After several hours of glassing tight cover, I found him, bedded broadside to me in the cool shade of an aspen grove.

Because he was laid up on a steep sidehill, he offered nearly the same profile that he would have given me had he been standing, so it was a fairly easy task to hold just below his spine and drop a 140-grain Nosler AccuBond through both lungs and his off-shoulder. He never moved from his bed.

I was recounting this series of events that evening back at the cabin, when a TV host and his cameraman who were sharing our camp asked why I didn’t spook the buck out of his bed before I shot.

But the TV folks reminded me that they are bound by custom and contract to shoot deer on video that are on their feet. No bedded-buck shots for them.

When I pushed back, asking them if they’d rather die peacefully in their sleep than startled and on their feet, they put a point on the debate: isn’t it more sporting to shoot an animal on its feet instead of in its bed, they asked, because a standing animal has a better chance of escape.

That’s the first time I had heard the fair-chase argument applied to bedded animals, so I put the question to you: Is it unethical to shoot a bedded deer?