A 200 incher? No thanks. Folks do it different in Maine. Rather than judging a buck’s size by its antlers,... 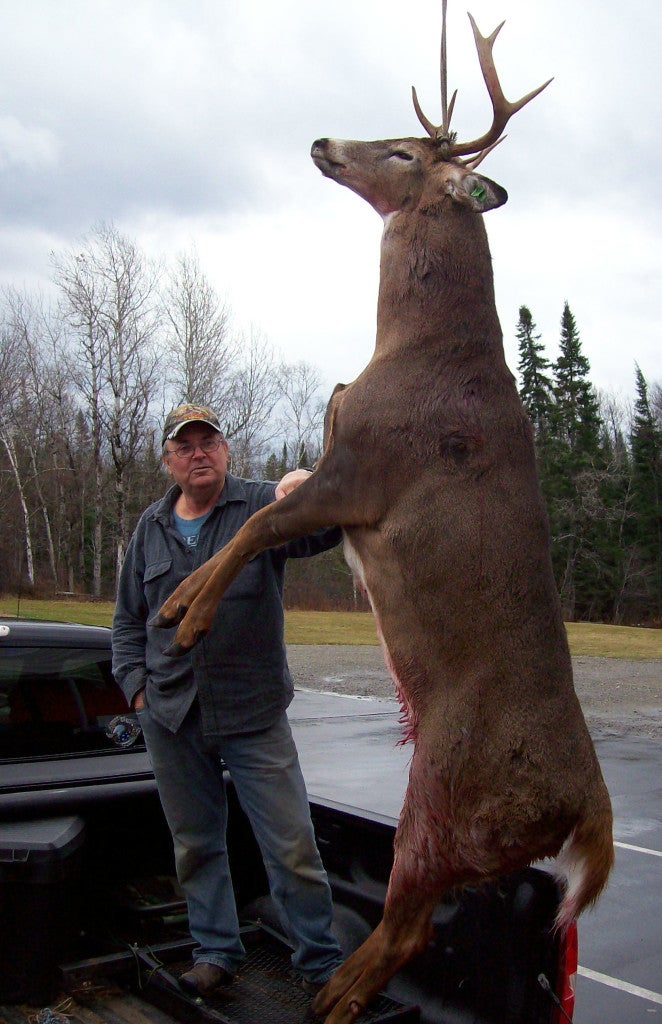 A 200 incher? No thanks. Folks do it different in Maine. Rather than judging a buck’s size by its antlers, resident Maine hunters are more interested in weight. And the target mark is the magical 200 lbs. This season, Alfred Bowen Jr didn’t just meet that mark—he smashed right through it.

On November 5, Alfred Bowen Jr. bagged an 8-point whitetail that weighed in at 274 pounds. And that’s field dressed. Based on typical field-to-live-weight ratios, this buck likely weighed in at somewhere around 322 lbs on the hoof.

“Deer this big are rare, but they kill a few like that in New England each year,” said Kip Adams, certified wildlife biologist and QDMA’s director of education and outreach.

Maybe just as impressive is the fact that Bowen has killed another four bucks that qualify for the 200-pound club. “I thought I had the biggest one I’d probably ever get,” the 62-year-old told the Bangor Daily News. “I am getting older, and they are getting harder to drag out of the woods.”

So how does a buck get this big? According to the scientific principle known as Bergmann’s Rule, larger populations of a species tend to be found the farther north you travel. This is because larger animals have “a lower surface area to volume ratio than smaller animals, so they radiate less body heat per unit of mass, and therefore stay warmer in cold climates.”

So if you’ve got the urge to join the 200-pound club yourself, your best bet is to bundle up and head north.