Aging bucks on the hoof isn't quite as challenging as you might think. Here's what you need to know 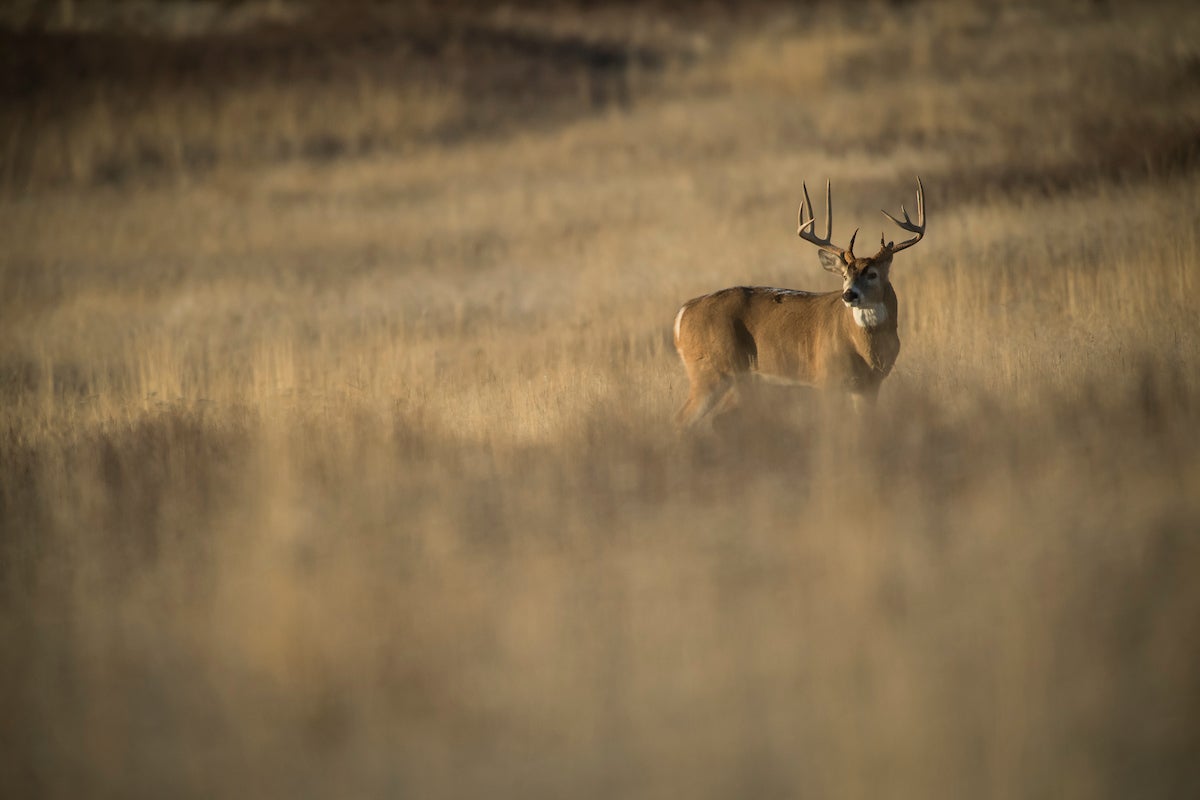 The first rule for aging bucks is to not look at the antlers (even when they're massive). John Hafner
SHARE

How sad would the deer woods be if there were no big, old bucks roaming it? If there were only 2.5-year-old basket rack 8 pointers chasing around does? If at the end of your sit, in the fading light, there wasn’t even a chance that a mature, dominant, bruiser buck would step out into the field?

This was the reality not so long ago in many corners of whitetail country, when hunters were happy to see any deer, let alone a mature buck. Thankfully, times have changed and our deer management practices have changed too. Today, there are healthy age structures across most of the whitetail’s range. That means that hunters have a real opportunity at taking a mature buck, if they’re patient, diligent—and if they know what they’re looking for.

Kip Adams, the chief conservation officer for the National Deer Association, is here to help. The NDA recently published an excellent video on how to estimate a buck’s age.

Tips for Aging a Buck on the Hoof

Why Age is More Important Than Score

Using age as a measuring stick for which bucks are shooters (as compared to antler score) makes sense since antler size is dependent on a variety of factors and the opportunity to take a giant buck is not equal across whitetail country. For example, in some places in the Northeast or South it’s unrealistic for hunters to expect to take 160-inch deer, even if they are carefully managing their property and herd. However, with good herd management most hunters can have the opportunity to take mature bucks, even though they might not be giants.

Plus, mature bucks exhibit all the interesting deer behavior that hunters love. For the best overall whitetail hunting experience (with that thrilling action during the rut that we all live for), the herd you are hunting must have a good age structure with some fully mature bucks and does running around, Adams says.

“Deer are a lot more social than many people realize,” Adams says. “They evolved with a very complex social order. Whitetails are like 5 million years old… So, the social order they have, the ways they communicate is all really cool. It’s evolved over a millennia, and it works best when you have full age structures of both bucks and does.”

Lastly, estimating age is fun. It’s just one more way to geek out over deer and keep the excitement going during the season.

How Old Is a Mature Buck?

What hunters define as a “mature buck” can depend a little bit on personal opinion, Adams says. Some hunters will call a four-year-old mature. And while a four-year-old buck certainly is mature in that it’s reached most of its antler size and body size potential, Adams counts five-year-old bucks (and older) as full mature. He considers 3- and 4-year-old bucks as middle aged.

However, this doesn’t mean that every hunter who wants to focus on buck age should try to hold out for a five-year-old. Each hunter should do their best to evaluate age structure where they hunt and then focus on the top age class. In some cases, on public land or pressured private land, that could mean targeting a three-year-old buck, Adams says. It all comes down to where you hunt.

How to Age Your Buck After the Kill

Adams and his hunting crew in Pennsylvania age ever deer they take. They do this by evaluating the jaw bone, looking at tooth wear and replacement, and by sending buck tooth samples into a lab.

“This is a perfect way to field [aging] skills,” Adams says. “You think you know how old he is, now let’s get a hold of that jawbone and verify how old he really is. Then you know if you need to adjust what your eyes are telling you [in the field].

For learning how to estimate a deer’s age through tooth wear and replacement, hunters can find articles and even take classes offered by the National Deer Association. However, this method is not an exact science for aging deer that are over 2 years old.

The most surefire way to age an older deer is to pull the middle two incisors from the jawbone and send them to a lab, where they count the growth rings in the tooth. There are two labs Adams knows of that will age deer for hunters: Matson’s lab in Montana and Wildlife Analytical Labs in Texas.

It costs $25 to $75 dollars and takes about three months to get the results back. For hunters who have spent years watching a buck and then tag him at a ripe old age, that’s well worth it.