Lindell Richey normally deer hunts with his dogs, but agreed to sit in a treestand earlier this month 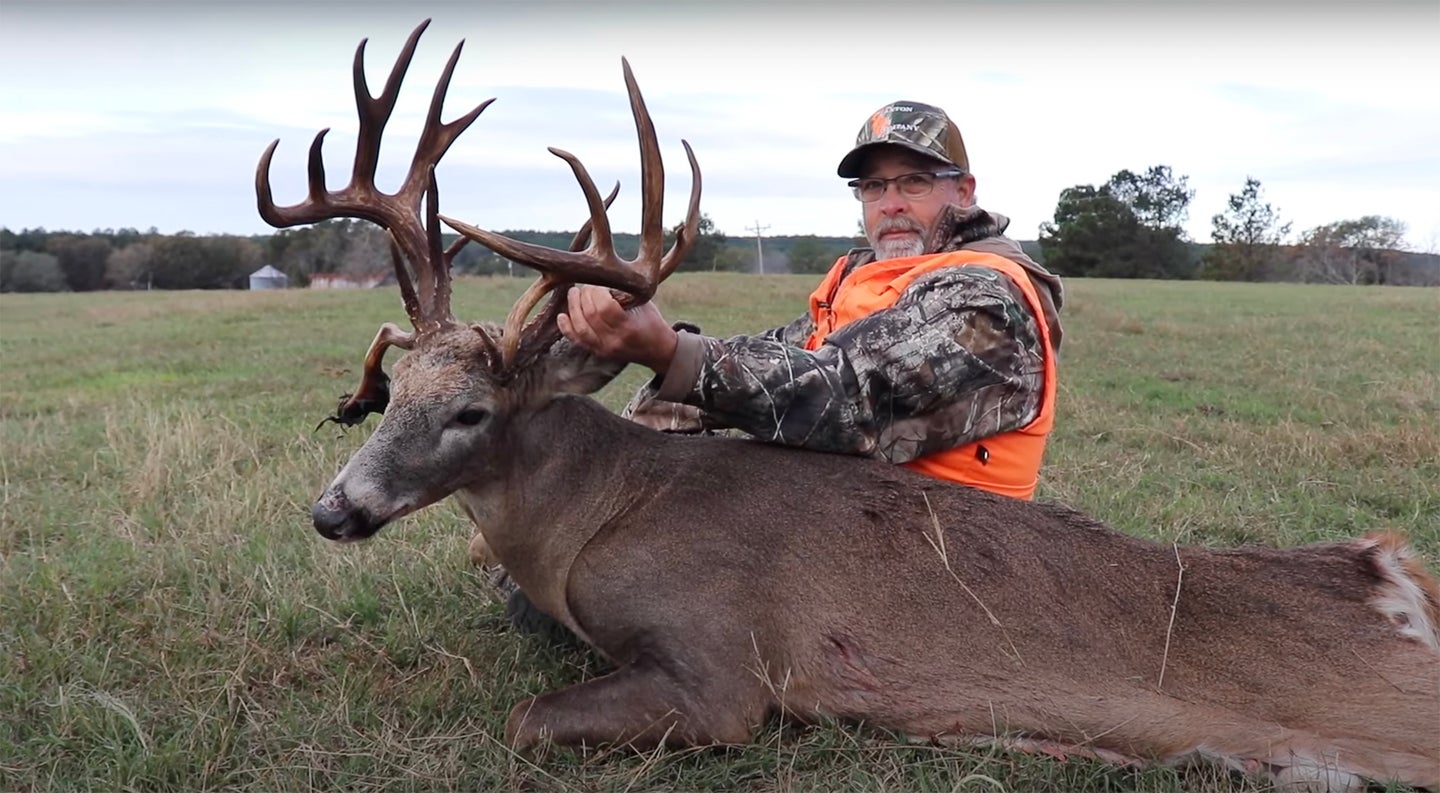 Although he owns 22 dogs and prefers to hunt deer behind them, Lindell Richey of Claxon, Georgia, shot the biggest buck of his life while sitting in a buddy’s treestand earlier this month.

Richey, who is in his late fifties, told Georgia Outdoor News that he had agreed to hunt a private hunting club on Nov. 7 with a few friends.

“I wasn’t even going to go,” Richey told GON. “But my brother-in-law Scott Glen asked me, so I went. If my life depended on getting back to where we were at, I’d lose it. I have no clue where we were other than Greene County.”

William Pettie, one of Richey’s buddies, dropped him off at a ladder stand and wished him luck. Although Richey knew there was a big buck roaming the property, he didn’t know any details about it—including how big it was. But when the buck stepped out at 50 yards during the third week of the Georgia gun season, Richey knew he was a shooter.

“I put my gun on him and thought he sure did look like a good deer. I thought it must be the one they were talking about.”

The buck walked toward Richey, then turned broadside at 40 yards. Glen and Pettie heard the shot, and knew he must’ve killed a good buck—he hadn’t planned on killing a doe or a young buck. When they started teasing Richey over text about showing up and shooting their buck, he responded in kind.

A pair of unofficial measurers taped the buck between 200 and 204 inches, with a total of 46 inches of abnormal tines. The largest Greene County buck on record scored 164 5/8, according to the GON database, which would almost certainly make Richey’s deer a new county record.

Georgia’s state record nontypical buck was a 249 5/8-inch deer from Telfair County, according to Boone and Crockett records. That deer was taken in 1998 by Brian Ross. There are no B&C recordbook entries for typical or nontypical whitetails killed in Greene County, Georgia, which lies east of Atlanta along Interstate 20.