Let's get our facts straight on the other red meat 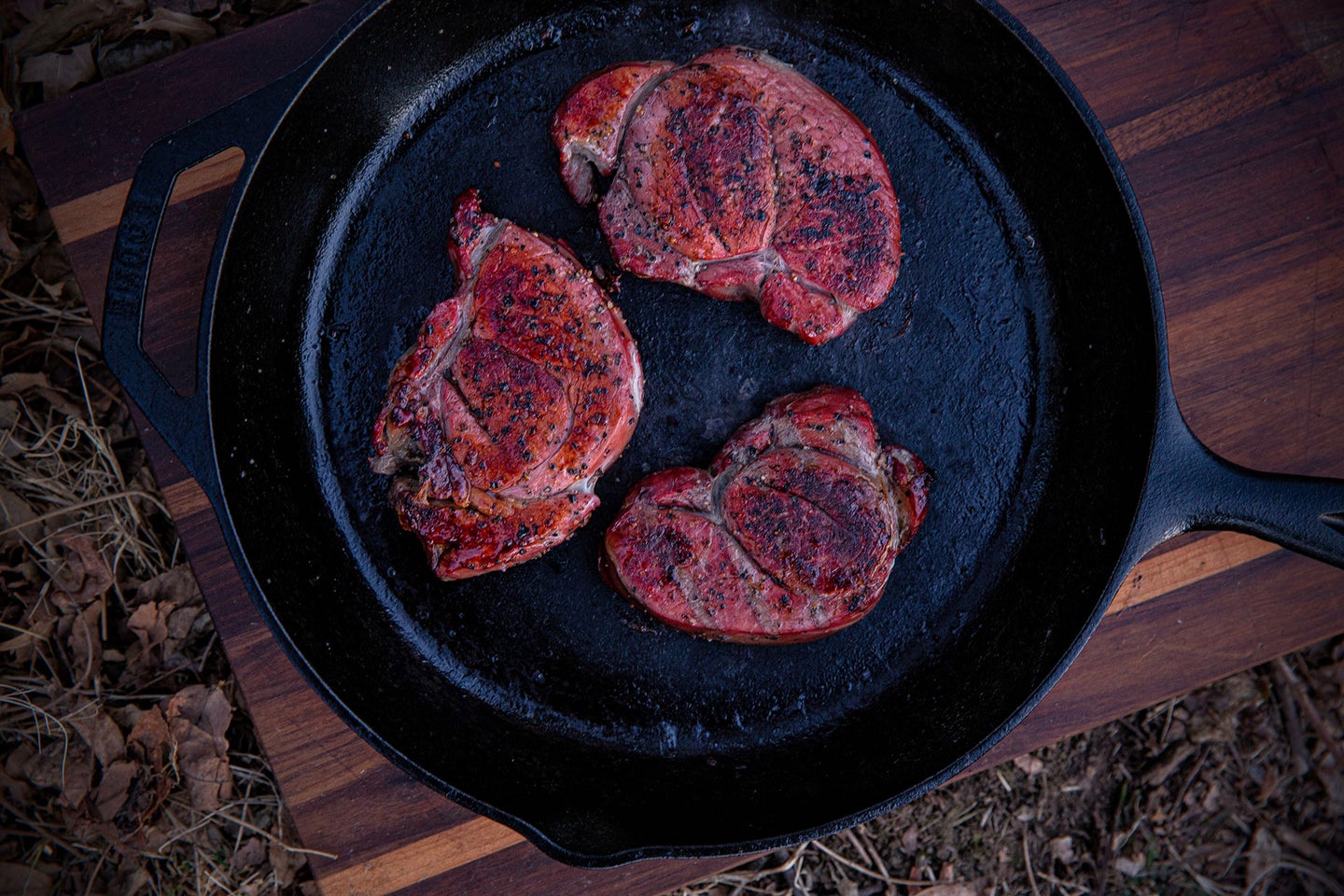 From field to skillet, wild venison ready for the plate. Jack Hennessy
SHARE

It’s an interesting time in the world of meat. Last month popular TikTok personalities began promoting the lion diet—eating nothing but ruminant animals and salt—which prompted a flurry of news stories. This month, Joe Rogan, the biggest podcaster in America, is posting about World Carnivore Month, which is a “month during which anyone with experience of choosing a meat-only diet aims to bring more attention to their lifestyle and diet,” according to carnivorestyle.com.

With all of this attention on red meat, more and more folks are becoming interested in venison. As hunters, we all know the general benefits of wild venison: it’s lean, it tastes good, and it comes from a critter that hasn’t been fed supplemental hormones. But amid all the excitement over the other red meat, it seems that plenty of misconceptions and misunderstandings are cropping up.

I’m not a food scientist, but I am a deer hunter who’s eaten venison ever since I’ve had teeth to chew it with. I’m also recovering from Alpha Gal, and venison is one of the few mammal meats I can eat (because of its lower fat content), so I eat a ton of it. Here are a few venison nutrition facts, plus facts about wild deer meat that I hope bring some gravity to the current meat craze.

Venison Is Good for You

Eating venison might not turn you into a shredded super predator, but it is a healthy choice for meat eaters. According to Penn State University: “Venison is high in essential amino acids and in addition, a rich source of thiamine, riboflavin, niacin, iron, and zinc. Venison meat is a perfect choice of protein for those who suffer from cardiovascular disease and are searching for low cholesterol and saturated fat protein choices.”

Just three ounces of venison contains 96 calories 3 grams of fat, and 18 grams of protein. Put plainly, venison is “rich.” Which is why you might find yourself eating a smaller serving of backstrap than you would when digging into a beef steak.

Venison Is Leaner Than Beef

One of the health issues with gobbling down red meat is the amount of saturated fats they contain. But because deer are surviving in the wild and eating a somewhat wild diet (more on this later) their meat is leaner than domestic beef. “A 4-ounce serving of beef flank steak has more than 9 grams of total fat, and nearly 4 of those grams are saturated. Venison contains 3 grams of total fat and only 1 of those grams is saturated,” according to a report in SFGate.

Most Wild Venison Is Probably Not Organic

When people get to promoting the benefits of eating wild game, they often fall back on buzz terms like “free-range” and “organic.” These terms have become shorthand for saying a certain type of food is superior to its non-organic counterpart. But there are real standards for organic produce and livestock, even if most people don’t know what they are. One of the requirements is that “producers must feed livestock agricultural feed products that are 100 percent organic,” which means no synthetic herbicides. In other words, in order for meat to be organic the animal can’t be fed anything that was sprayed with Roundup. Since Roundup is still extremely popular in commercial farming (and habitat management work), there’s a very good chance that any whitetail deer you kill has eaten corn or beans that were sprayed with herbicide. Sure, there are some exceptions for deer that are killed deep in the Northwoods, far from agricultural land. But since whitetails thrive in edge habitat and agricultural lands and their home ranges span several hundred acres, most of the whitetails we harvest and consume will have eaten non-organic crops. That’s not to say that venison is somehow tainted. It’s just not a perfectly pure meat as some folks like to claim.

On the other end of the spectrum, there are many folks who worry about Chronic Wasting Disease in venison. And if you read the CDC web page on the subject, you’d have reasons to be nervous. Guidelines include: “Minimize how much you handle the organs of the animal” and “If you have your deer or elk commercially processed, consider asking that your animal be processed individually to avoid mixing meat from multiple animals.”

However, there has never been a documented case of a human becoming infected with CWD. Chronic wasting disease has spread through most of deer country, and most hunters who harvest deer do not get their animals tested (though they should), so an untold number of people have eaten CWD infected meat without any documented consequences. In one infamous case, a CWD infected deer was fed to a few hundred people during a banquet in 2005 (they found out only after the banquet that the deer was CWD positive). About 80 of those people agreed to a health monitoring program, and over the course of six years it was determined that the participants had “no significant changes in health conditions.” CWD is a serious wildlife disease. It’s the biggest threat to deer in America. But it hasn’t jumped the species barrier, at least not yet. That said, any state game agency would suggest not eating meat that is known to be infected with CWD.

The Experts Want You to Overcook Venison (for Safety)

I was surprised and appalled that organizations from my home state of Minnesota suggest cooking the hell out of venison. The University of Minnesota Extension recommends cooking venison steaks to 145 degrees. The Minnesota Department of Agriculture recommends cooking venison to at least 165 degrees to kill bacteria. That’s beyond medium rare. I pull my steaks when they hit an internal temperature of 135ish, and then that temp typically creeps up a few degrees while resting. I’ve never had an issue, and neither have any of the other hunters I know. That said, it’s possible to get salmonella and other illnesses from venison, but those cases are pretty rare. The best thing you can do is use good gutting and butchering practices. Keep the meat, your tools, and your hands clean and you’ll be just fine.

You Can’t Buy the Real Thing

The venison you see at fancy grocery stores or at expensive restaurants is not the same type of venison you’d find in a hunter’s freezer. Much of the store-bought or restaurant-served venison is actually farmed red stag from New Zealand. Under the Lacey Act, it’s illegal to sell wild game meat, so wild deer meat isn’t hitting the shelves anywhere in the United States.

Not All of Us Can Be Lions

If you want the real thing, you have to get out there and hunt it (or have a generous hunter give it to you). But Americans eat more than 200 pounds of meat per year on average (that’s including beef, pork, and poultry). Just for the sake of argument, let’s say we all switched to only venison for our source of meat. That would mean we’d need about 3 deer per American adult per year. Unfortunately, there are a lot more people (about 209 million) than there are whitetail deer (about 30 million) in this country. So it would take us less than a year to eat all of the nation’s whitetails, not to mention elk, pronghorns, and mule deer.

It’s simply unfeasible for most Americans to survive on venison alone (or even have it become a major part of their diet). So for those of us who do eat venison for the majority of our meals, we should do our best to enjoy every bite.