Jim Heffelfinger’s Instagram account was deleted after he posted about a competitive shooting event. He received no explanation 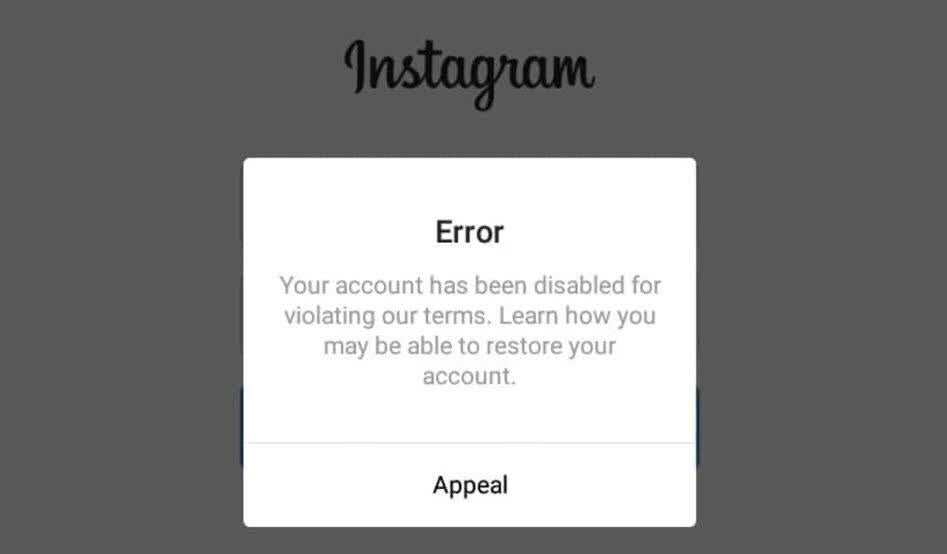 Jim Heffelfinger doesn’t seem like a menace to society. Sure, his occasional dad jokes are grade-A groaners, and his obsession with rangy Arizona jackrabbits seems a little extreme. But Heffelfinger, a research biologist for Arizona’s Game and Fish Department and one of the most widely published deer researchers in the profession, has been banished from Instagram for…well, he still doesn’t know.

“I was edging up to 4,000 followers, so it wasn’t like I was a big-time influencer,” he says. “And there was nothing political or even slightly edgy about the content. My stuff has always been wildlife information – hey look, I’m at a conference where we’re talking about changes to the North American Model [of wildlife conservation]. Or here’s a perspective on mule deer conservation. It’s all been vanilla, benign stuff. Some really cool science about antler periosteum and research that the Chinese are doing followed by a stupid meme followed by my observation that bearcats smell like popcorn followed by the latest research into CWD. And then a photo of me hunting with my kids.”

Heffelfinger says the only potentially problematic posts that he can imagine are POV videos of him in pistol competitions. Heffelfinger shoots a Dan Wesson 1911 in .45 ACP and competes in Practical Pistol matches, where he often self-films his course of fire and posts the clips to his Instagram account. Did the platforms AI flag his videos as violent content?

“Most of the targets have a head box,” he says. “It could be that some AI filter detected that humanoid shape in the background and a gun going off and flagged my account as inciting violence. But I’m hardly the only person posting that sort of content. My feed is full of competitive shooting videos [from other accounts], literally thousands of people are posting that exact type of content. I don’t know why I’d be singled out for that.”

Heffelfinger’s caption read: Last weekend we honored the life of a friend with the Ray Kondo Memorial Outlaw Match. The word “outlaw“ refers to the fact that this pistol match didn’t conform to official rules of USPSA or IDPA. That word is pretty ironic since Ray spent 22 years with US Marshal Service and was involved in the apprehension of Top 15 federal fugitives, a serial killer, and some other high profile cases. I include Ray in a handful of people I’ve known that are top-notch when it comes to integrity, hard work, smiles, and just generally being a fantastic human being.  He was the on-set advisor to the TV show “Justified” that depicted a US Marshal and he also starred with Chuck Norris in an episode of “Walker, Texas Ranger” and played a US Marshal throughout that episode (The guy he arrested at the end was the actor who played Mike in Breaking Bad). He was shot in the leg by a sniper in Costa Rica while apprehending a fugitive and went back to work that afternoon complaining because he ruined a perfectly good pair of expensive pants. Ray was a badass   Ray made the world better. I miss Ray. #BadAss #1911 #USMarshalService

The only other possible explanation is that Heffelfinger’s account was flagged for a potential copyright violation because he was using an altered John Deere logo. But this seems like a stretch since there are several other accounts using the same popular logo.

Heffelfinger’s larger concern is the lack of response from Instagram.

“I’ve sent them messages literally every day appealing the decision, and have never received a single response,” he says. “It makes you feel powerless. First of all, they have algorithms that spoon-feed you what they think you want to see and what they think you’ll engage with. Then they hide things from your feed. They censor comments that their artificial intelligence bots think could be problematic. And then they banish someone like me. There’s no recourse. They’re a private company and they’re under no obligation to respond. So at some point you just go on with your life and get a new account.”

In Heffelfinger’s case, that new account is @cervidnut. He’s spent the past weeks adding archived posts so followers with an interest in deer, wildlife conservation, and the random dad joke can engage with his content.

Instagram’s community guidelines don’t offer much of an explanation either. Here are some excerpts from the few sections where the platform addresses firearms and violence:

The platform also states that: “Instagram only removes accounts and posts that aren’t following our Guidelines and Terms. It’s important to remember that Instagram doesn’t mediate disputes between people who use our service.”

None of this is very helpful to Heffelfinger, who seemingly didn’t violate any guidelines. In his role as a senior biologist with a state agency, he says there’s high expectation of transparency and adherence to procedure. That appears to be entirely missing from Instagram.

“There’s no humans in charge anymore,” he says. “Don’t try to contact anyone. It’s like a black hole.”