Winchester’s Model 42: The Most Coveted .410 Pump Shotgun Ever Built

Known as “Everybody’s Sweetheart,” the M42 is one of the most revered small-bore repeaters of the 20th century 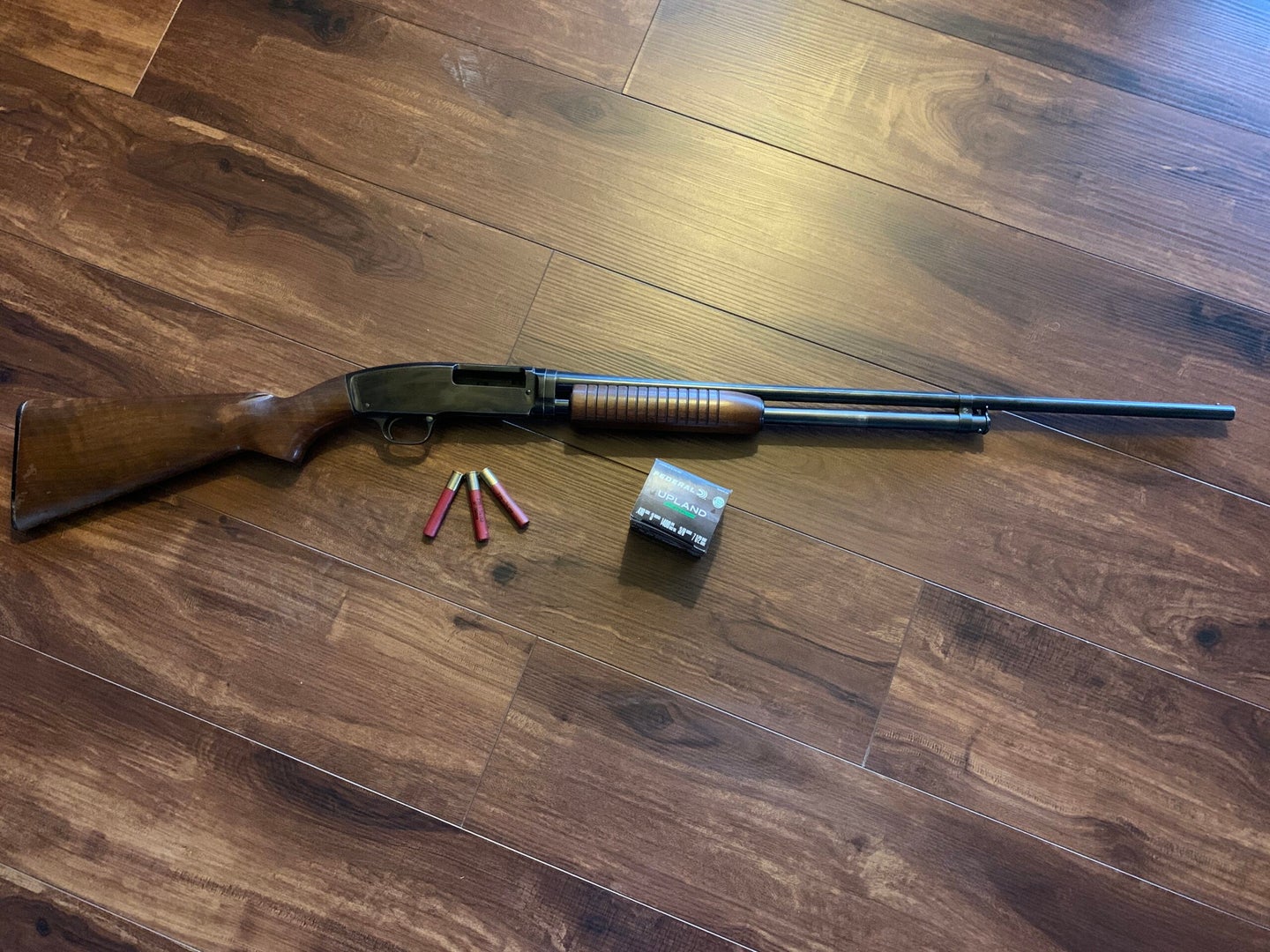 The Model 42 is one of the most coveted pump-action shotguns ever made. Joe Genzel
SHARE

If there is one place you can find a small glimmer of solace when a family member or close hunting buddy passes away, it is in their gun closet. When your father, uncle, cousin, friend, etc. is a gun enthusiast, it’s likely there’s a storied firearm (or several) collecting dust in their safe. In my case, it was a Winchester Model 42—built in 1960 according to the serial number—sitting in my late uncle’s locked gun vault.

It took hours to open the safe, but eventually my aunt recalled the right combination. And for a moment, some of her sadness disappeared when she saw my excitement at the classic .410 pump resting next to a Remington Model 11 Sportsman and a Winchester 1873 lever-action rifle. One of the most coveted pump shotguns ever made lives on in my gun cabinet.

The Five Grades of the Model 42

Model 42s can fetch high prices, depending on the grade of the gun, though not many folks are interested in selling them (just try finding one online from a brokerage site.) My 42 is a Standard Grade—there is also Skeet Grade, Trap Grade, Deluxe Grade, and Pigeon Grade—with a fixed modified choke and 26-inch, solid rib barrel. It’s in good condition with some minor rusting, so I could likely get over $1,500 for it. Deluxe Grade models are worth upwards of $12,000, significantly more than my variant. And if you have a pristine Pigeon Grade, it can be worth double the Deluxe.

The History of the Model 42

Winchester introduced the M42 in 1933 during the Great Depression. Designed by engineer William Roemer, it remained in production until 1963, which is a famous year in Winchester’s history as many of their guns were discontinued due to the rising cost of production. There is a common distinction amongst hunters and shooters who define Winchester guns as “pre-64” and “post-64” firearms. The latter were not as well made, and thus less valuable.

The Model 42 was one of a handful of classic Depression-era Winchester guns that John Olin was responsible for introducing. Winchester fell on hard times financially, and when it was bought by Olin, he smartly had the M42, Model 21 double-barrel shotgun, Model 61 and 62 .22 pumps, and the Model 63 .22 semi-auto brought to market. All of them were a success through the 1940s, 50s and into the 60s.

During its 30-year run, 164,800 Model 42s were produced. Most 42s, regardless of grade, were typically offered in a 26- or 28-inch barrel option. Starting in 1934, shooters could order different barrels since the guns had fixed chokes. That allowed for shooting clays with a Skeet barrel and switching to a Full choke barrel for ducks. It’s only safe to shoot softer metals such as lead, bismuth, or Kent Tungsten-Matrix through a 42 because of its thin steel barrels. Steel and TSS are too hard and can ruin your barrel.

A small number of the .410 pumps included a factory installed Cutts Compensator, which is a device affixed to the muzzle that reduces recoil and muzzle rise, making it easier to get back on target for a follow up shot.

When Fabrique Nationale bought Winchester and Browning in the early 1990s, they brought back the Model 42 for a short time. The Belgians had about 7,000 of them made at the Miroku plant in Japan from 1991 to 1993. Most were marketed as the Browning Model 42, but around 850 were stamped Winchester.

The Craftsmanship of the Model 42

M42s are scaled down versions of Winchester’s Model 12. They are also takedowns, which means the pumps separate into two different pieces. To breakdown the 3-inch .410, you must push down on a steel rod at the top of the fore-end and twist. There are two engraved arrows pointing towards one another near the base of the magazine tube, and when you turn the steel rod, those arrows no longer align. That’s when you pull up on the magazine tube exposing a set of groves at the base of the tube. Twist the barrel away from you and it, along with the mag and fore-end, will break loose of the action.

Fitting the barrel back into the action for reassembly can be tricky the first time you do it. There is a grooved piece of steel that extends from the rear of the barrel that you must perfectly fit into the action. Once you get a solid lockup with as little space between the barrel and action as possible, twist the barrel towards you. Then forcefully slide the fore-end backwards, which will help line up your arrows. Push the steel rod at the tip of the fore-end forward and twist. Slide the fore-end forward, and if the arrows are aligned, the gun is ready to shoot.

There is also a screw on the right side of the receiver, which allows you to access the inside of the action quickly with a flathead screwdriver for cleaning or repairs.

Read Next: The .410 Shotgun: Everything You Need to Know About Hunting and Shooting with this Sub-Gauge

Being first never hurts in a popularity contest, and since the Model 42 was the first pump specifically designed for the .410-bore, it’s always going to be held in high regard amongst wing and target shooters. It was also modeled after one of the greatest pump shotguns in history—the M12—so folks know that the 42 is a workhorse that can be passed down from one generation to the next. And .410s have become popular again, particularly amongst flooded timber duck hunters and turkey hunters (in states where shooting a .410 is legal.) Maybe someday, another .410 pump, like the Remington 870 Wingmaster will hold a similar value for outdoorsmen, but for now the Model 42 remains “The Greatest Little Shotgun.”