In front of a crowd of fans and other competitors, Chase Cominsky and Jake Runyon were busted for stuffing walleyes with lead weights 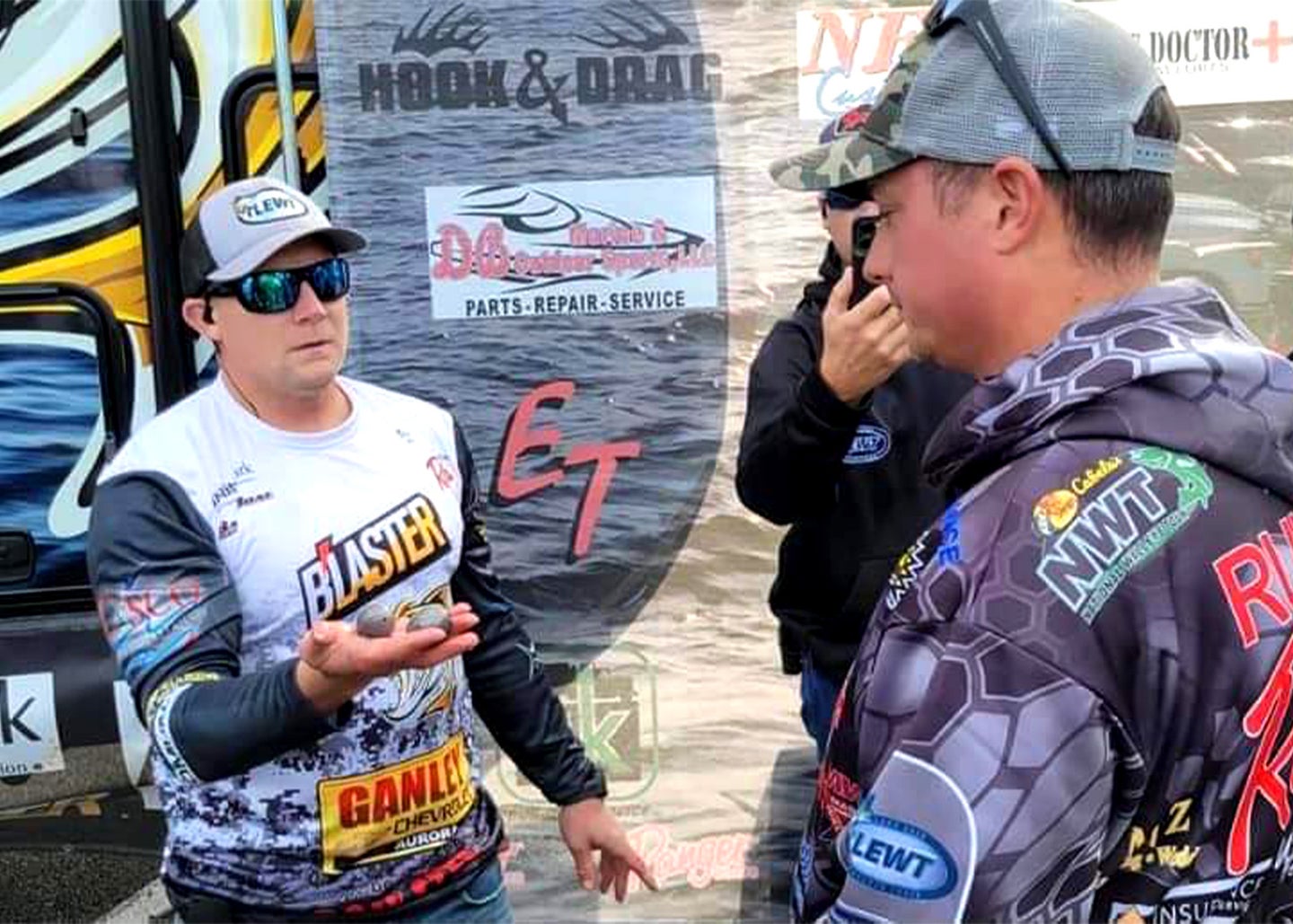 A professional walleye fishing tournament on Lake Erie ended in pandemonium last Friday when the leading team was caught cheating during the weigh-in. Professional anglers Chase Cominksy, of Hermitage, Pennsylvania, and Jake Runyan, of Cleveland, Ohio, were declared the winners of the Lake Erie Walleye Trail until tournament director Jason Fischer became suspicious of their bulging walleye, which seemed unusually heavy for their size. Cutting open the fish in front of the crowd, Fischer discovered that each of them had been stuffed with lead weights.

“We got weights in fish!” Fischer yelled when he pulled the first 12-ounce egg sinker out of the team’s winning batch.

Serious Controversy in Pro fishing tournament as multiple-time winners caught stuffing lead weights and other fish filets in their fish to have the heaviest catch to win hundreds of thousands in prizes. pic.twitter.com/Sxqeo2XC0K

The crowd immediately erupted and circled around Runyan, who was looking over Fischer’s shoulder when the weights were found. Cominsky was nowhere to be seen at the time, but a video recorded that day shows the overwhelming amount of contempt and outrage coming from the other competitors at the event.

For a moment it appeared as if the Fall Brawl would turn into just that as the angry mob closed in around Runyan. More than a few onlookers shouted at Runyan and his teammate to “get the f—k outta here,” while others yelled about calling the police. Although Fischer was also fired up at the discovery, he stayed calm and asked the crowd not to touch the two alleged cheaters.

The recorded footage shows that in addition to lead sinkers, the walleye had also been stuffed with extra fillets. All this additional heft helped push the team’s total weight close to 34 pounds, which, not surprisingly, blew the rest of the field out of the water. (The two only needed 19 pounds of fish to win.)

Had the two not been disqualified on Friday, Cominksy and Runyan would have been declared the winners of the one-day tournament—a title that carried with it nearly $30,000 in winnings. The two also would have secured the team-of-the-year award, as they had won several other tournaments (along with tens of thousands in additional prize money) on the Lake Erie Walleye Trail in recent months.

The incident sparked an investigation by the Ohio Department of Natural Resources and Cleveland Metroparks, and Fischer told the New York Times over the weekend that all evidence had been turned over to the proper authorities.

Read Next: A Look Inside Tournament Kayak Bass Fishing—One of the Fastest Growing Sports in America

The walleye stuffing fiasco also casts a significant shadow over Cominsky and Runyan’s previous wins on the tournament circuit. Apparently, some anglers on the LEWT were already suspicious of the two leading competitors, and many were reminded of last year’s tournament, when the team was reportedly disqualified after one of them failed a polygraph test. In a Facebook post over the weekend, Fischer called attention to the cloud of doubt that now hangs over Cominsky, Runyan, and the entire tournament circuit.

“Disgusted guys and gals, I’m sorry for letting you down for so long and I’m glad I caught cheating taking place at YOUR LEWT at the same time,” Fischer wrote, adding that he was too weighed down by the recent controversy to post the tournament results at the time. “I hope you know that when I say, ‘you built this LEWT and I will defend its integrity at all coasts,’ I mean it. You all deserve the best.”