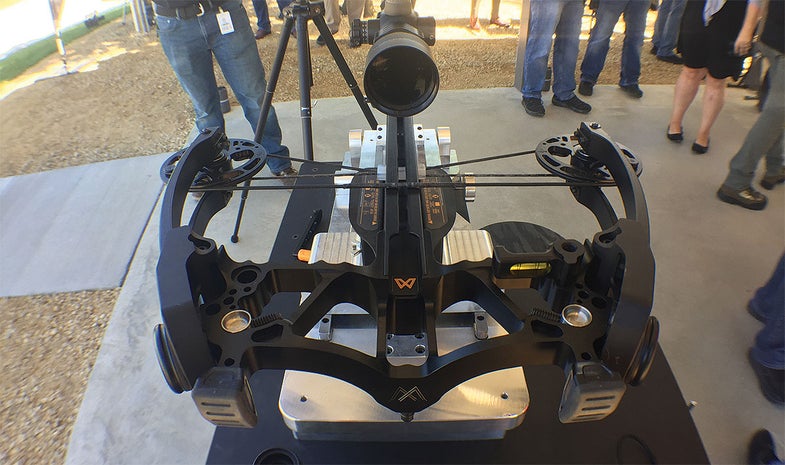 It’s hard to imagine that Matt McPherson, the founder of Mathews Archery and Mission Crossbows, has ever encountered a product he didn’t think could be improved. Such was the case with crossbows. Mission Archery, a spinoff of the venerable Mathews brand, has been in the crossbow game for a number of years, creating solid if unremarkable crossbows. The brand was also responsible for the wildly popular Craze lineup of vertical compound bows that feature a highly palatable combination of ultra-adjustability in both draw length and weight along with a rock-bottom price structure that delivers great value.

Right or wrong, the Mission brand had earned itself a reputation. “Mission has been known for delivering good products at good prices,” McPherson said. “And there’s really nothing wrong with that. But I knew—the Mission team knew—we could do crossbows better than anyone. So we decided to do that.” 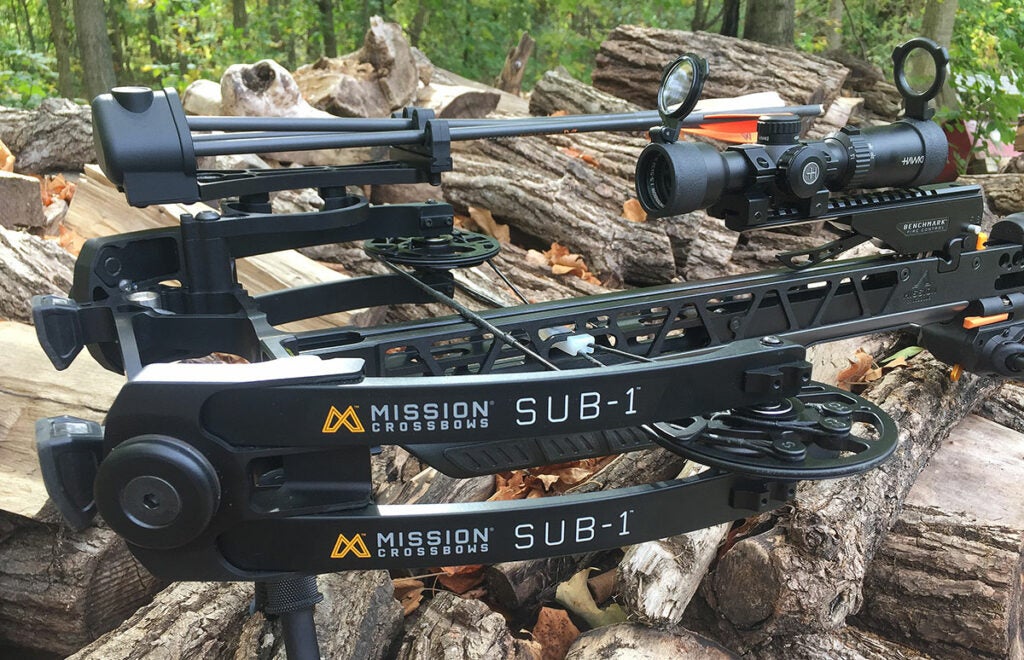 The SUB-1 claims accuracy of sub-MOA at 100 yards.

The SUB-1 is not a new iteration of an old Mission model. It’s a brand-new platform that’s quite different from any other crossbow I’ve used. When first handling the bow, its sheer weight (7.5 pounds) and build are impressive. No, it’s not light. But it is made almost entirely from aluminum. There’s minimal plastic on the SUB-1 and the riser is especially beefy. 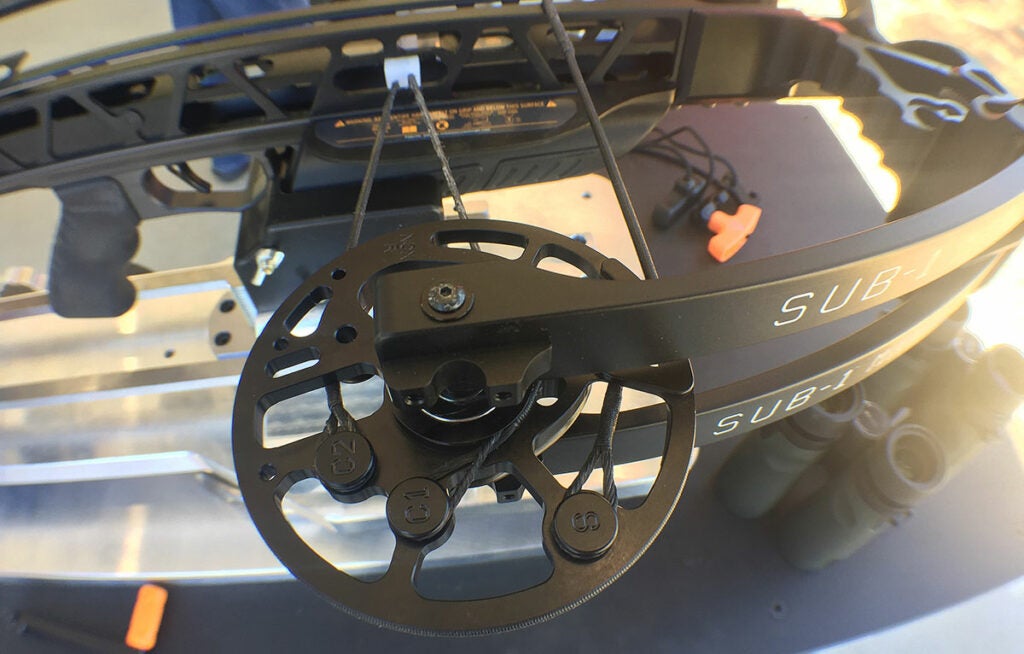 One of the first things I noticed when looking the SUB-1 over was a familiar set of wheels…the SUB-1’s Sync X system, a pair of circular and concentric wheels, looks an awful lot like the system used on Mathew’s NoCam vertical bow and not terribly dissimilar from the AVS system currently used on Mathews’ top-end compounds. In fact, there’s a lot of compound-related technology (and application) in this crossbow. There’s 80-percent letoff—more on that in a bit—and the draw weight is adjustable from its 200-pound peak. 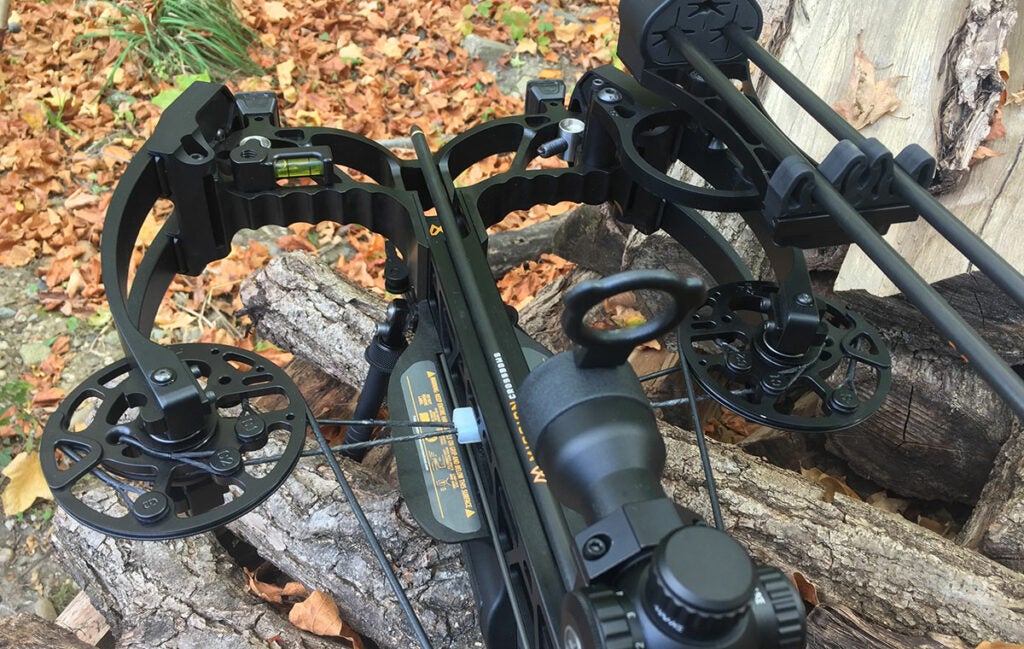 The SUB-1 attempts to address the issue of nock travel.

Back to the issue of let-off. Why does it matter? It’s a matter of physics. By employing a cam system that utilizes let-off, the initial launch of the arrow (or bolt, if you’re so inclined) is less violent. Full acceleration does not occur until the arrow has traveled partway down the rail. Now, combine that with the concentric string tracks that recover string at the exact same rate and you have a system that Mission claims to completely eliminate horizontal and vertical nock travel.

Another benefit? Cocking the SUB-1 is less difficult and de-cocking is not just possible, but remarkably easy. 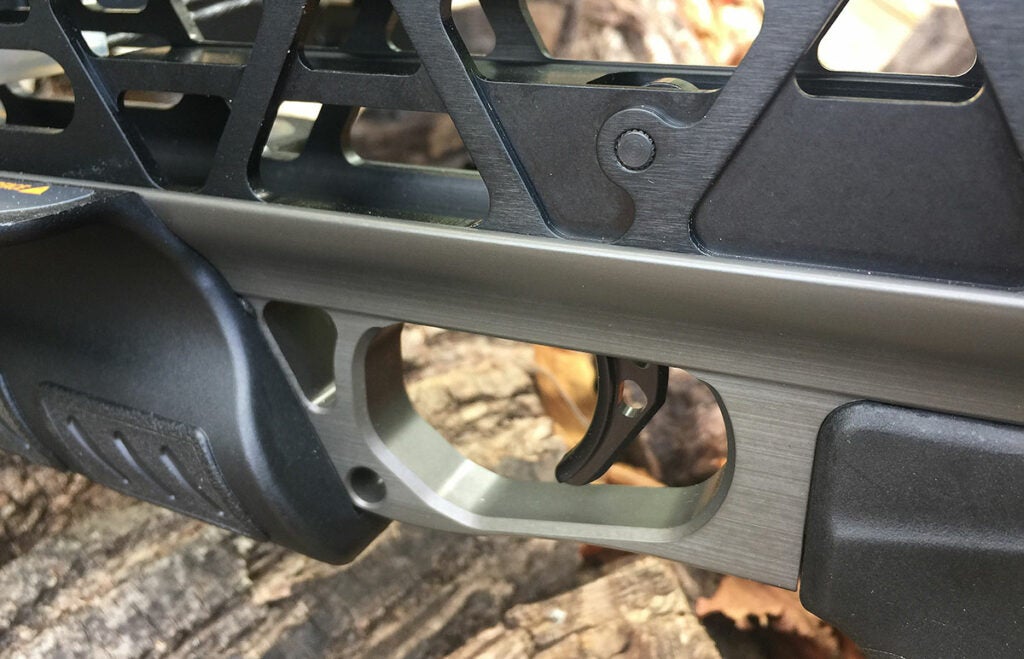 The SUB-1 has a two-stage trigger.

Mission is calling its firing system in the SUB-1 “Benchmark Fire Control.” The system includes the de-cocking button and a two-stage trigger with a fully contained rolling sear that’s pre-set at 3.4 pounds. The arrow-retention arm has also been designed to help aid in loading and keeping things where they should be — another enhancement Mission claims to aid in accuracy. 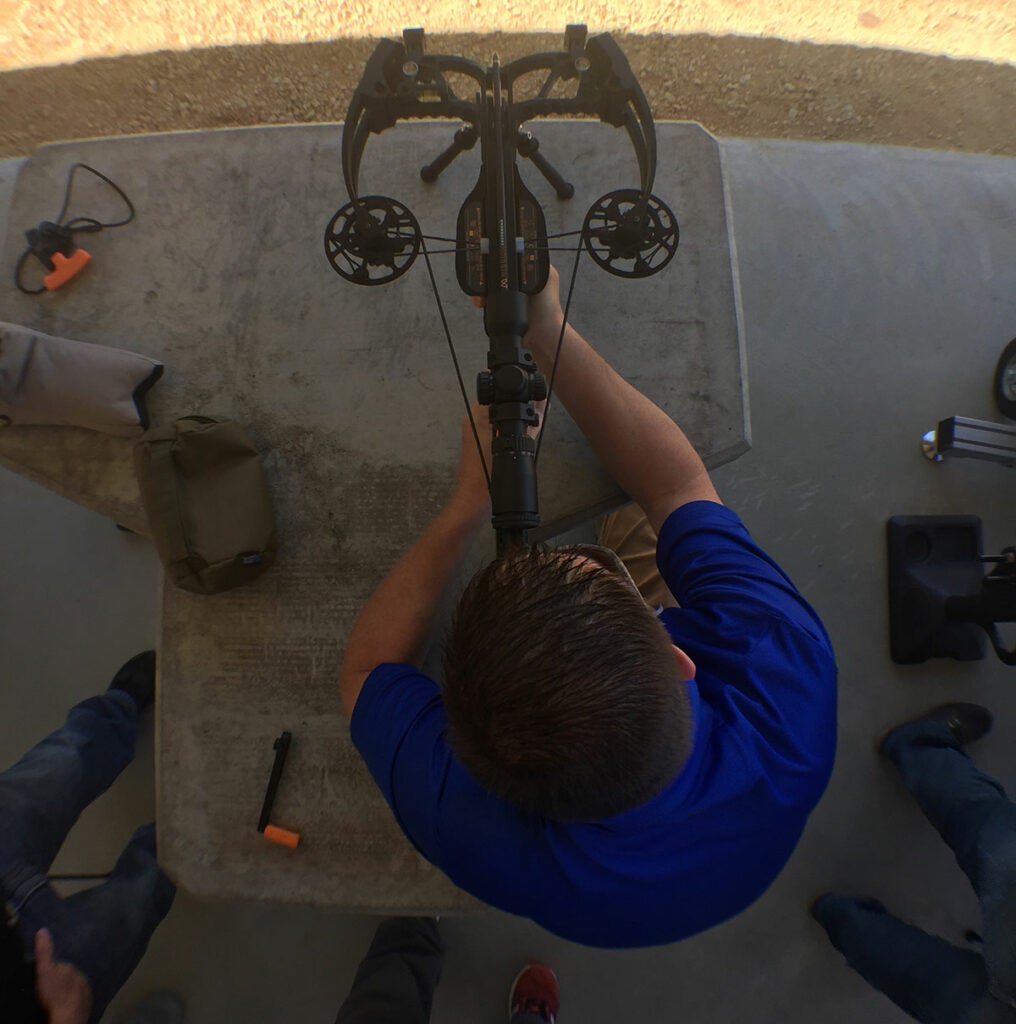 An overhead view of the SUB-1.

So how accurate is it? Mission created the SUB-1 to redefine crossbow accuracy and quality. There’s no question the platform is well-built—in fact, in might be over-built in some regards. But does it shoot? Well, keep in mind, I’ve only had the crossbow for a few days. I’ve not yet put it through any course of rigorous (or even semi-rigorous testing) but I did do this: I took it out of the box, mounted the scope and shot it at 20 yards. The first shot hit dead nuts. The second shot gouged a groove in the shaft of the first. I moved back to 50 yards and took four shots. Three were touching in the 10-ring. The fourth was about 1/2-inch higher.

At a media preview event in August, roughly two dozen attendees were on hand. We fired about 100 arrows at an elk target stationed 100 yards downrange on a very windy day. All but two arrows hit in the lung area of the bull. So, yeah, I’d say the potential for 1-inch groups at 100 yards under ideal conditions is definitely there. 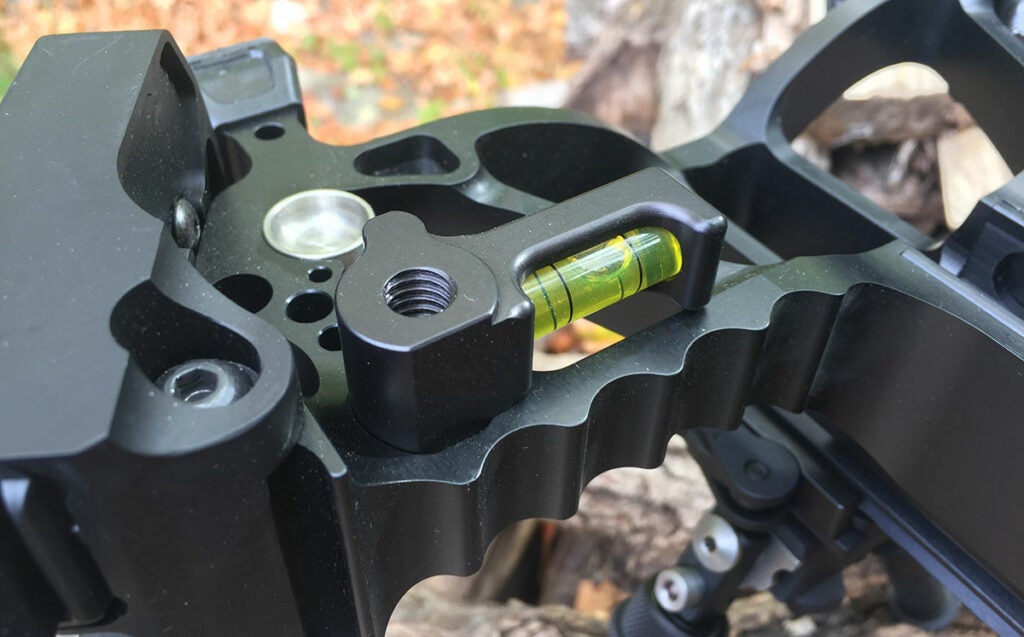 Let’s wrap this up with a rundown of some of the specs and a few additional bells and whistles. As mentioned, the SUB-1 weighs a hefty 7.5 pounds. Add the scope, quiver and some arrows and you’re over eight. When cocked, the bow measures 10.7 inches across so it is plenty compact, and it’s 30.5 inches in total length.

The power stroke is 13.74 inches and it’ll push a 400-grain arrow at 350 fps. On my personal chronograph (a battered old beast), I was getting readings between 346 and 357. The SUB-1 uses a standard cocking rope but can also utilize MIssion’s cocking crank. One cool touch is the level mounted on the bow. It’s easy to read and critical for long-range accuracy.

And the price? The bare bow will sell for $1,499. Yeah, performance does indeed come with a price.