If you are an American deer hunter, then you need to mark tomorrow on your calendar with a big, bold... 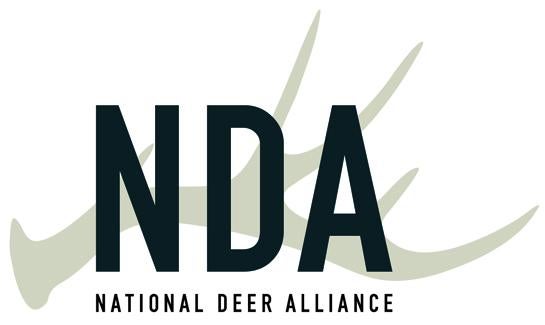 If you are an American deer hunter, then you need to mark tomorrow on your calendar with a big, bold X. Or maybe a doodled antler. Or a heart-shaped deer hoof.

Thursday, at the Quality Deer Management Association’s annual convention in Athens, Ga., deer hunters will learn about the creation of an organization that is both brand new and decades in gestation.

It’s called the National Deer Alliance, and its goal is as ambitious as it is necessary: to both represent and advocate for every deer hunter in the country. It doesn’t matter if you’re an Illinois whitetail hunter or a Colorado mule deer hunter, if you hunt for antlers in Texas or for meat in Maine, for trophy blacktails in Oregon or for food-plot whitetails in Georgia. Or even if you chase Coues deer in Arizona or moose in Montana. The NDA aims to have a place for us all, no matter which deer inspires us.

What the alliance really represents is the first time in the history of the U.S. wildlife conservation movement that a single coalition claims to represent a critical mass of hunters. Simply put, it’s a conservation group for the digital age. It costs nothing to join, but it puts you in electronic touch with every other deer hunter in America, feeds you cutting-edge information to make you a better deer hunter, and alerts you instantaneously about issues that affect hunting, our hunting heritage, and the public policy of natural resource management.

The tag line of the NDA puts it pretty well: “The Voice of the Deer Hunter.”

WHY A DEER ORGANIZATION?

A little context is in order. A national organization advocating for deer hunters has been needed since the modern rise of the whitetail deer. While conservation groups devoted to wild turkeys, waterfowl, elk, and wild sheep have done great work promoting their namesake species, deer hunters have been more or less left to fend for ourselves.

Not that we’ve needed a lot of help promoting the resource. In the last 40 years, whitetails have grown into the single most pursued and advocated game animal in the country. At last count, there were some 11 million deer hunters, compared to 14 million total U.S. hunters. In other words, nearly 8 of 10 American hunters is a deer hunter.

But recently, stress lines have shown up in the resource that has given us so much recreation, taxidermy, and venison. Chronic wasting disease, EHD, proliferation of high-fence deer farms, habitat loss, and a creeping erosion of status for deer and deer hunters as whitetails have become nuisance animals in some parts of the country.

Without a unified defense, a lot of those threats are teetering between obnoxious and toxic. The NDA is devoted to taking them on with a unified voice.

ORIGIN OF THE NDA

Calls for a national whitetail organization have been escalating in recent years, and Outdoor Life has been at the point of the spear on the issue. We first voiced the need for a whitetail advocate in our 2011 “Deer Depression” feature, and again in this spring’s “Deer Nation” editorial. The topic was one of the outcomes of this spring’s first-ever National Whitetail Summit, sponsored by the QDMA.

The QDMA has also been at the point of the spear, so it’s fitting that the NDA has the QDMA’s fingerprints all over it. The QDMA is committed to science-based wildlife management, defense of fair-chase hunting traditions, and the equitable distribution of our public wildlife resources.

That said, the NDA is not a subsidiary of the QDMA. According to preliminary conversations I’ve had with Craig Dougherty, the executive director of the NDA (and an Outdoor Life contributor who writes frequently on our Big Buck Zone blog), the NDA will be a stand-alone entity that may get some early administrative support from QDMA.

“Simply put, if you are a deer hunter, you should be an NDA member,” says Dougherty. “With all of the stuff going on in the deer world these days, decisions are being made on a daily basis which affect not only deer but deer hunters as well. Hunters need to have a seat at the table.”

The goal of the NDA is to establish a large community of hunters unified around a common purpose: a passion for deer. Size is key.

“If only 10 percent of deer hunters sign up as NDA members, we will be over one million strong,” says Dougherty. “That’s a pretty big gorilla to be sitting at the decision-making table.”

The NDA is a free, email-connected network of hunters. Simply sign up by visiting www.nationaldeeralliance.com, and submitting your name, email address, and your ZIP code.

In exchange, you’ll receive periodic information about cutting-edge deer research, deer hunting tips and strategies, hunting opportunities, and information about how to get involved in issues that affect hunting and habitat.

“Hunters need to embrace the notion that they indeed have a very important role to play in managing the future of deer hunting,” says Dougherty. “There are plenty of ‘stakeholders’ out there with an interest in deer. We just want to be sure the most important one (hunters) is heard.”

Outdoor Life will be at the QDMA convention in Athens, Ga. this week to report on the NDA and other big news from the deer world. Meanwhile, join the National Deer Alliance and let’s see how strong we can make this organization of deer hunters.